Proton to Pursue Export Markets in 2021 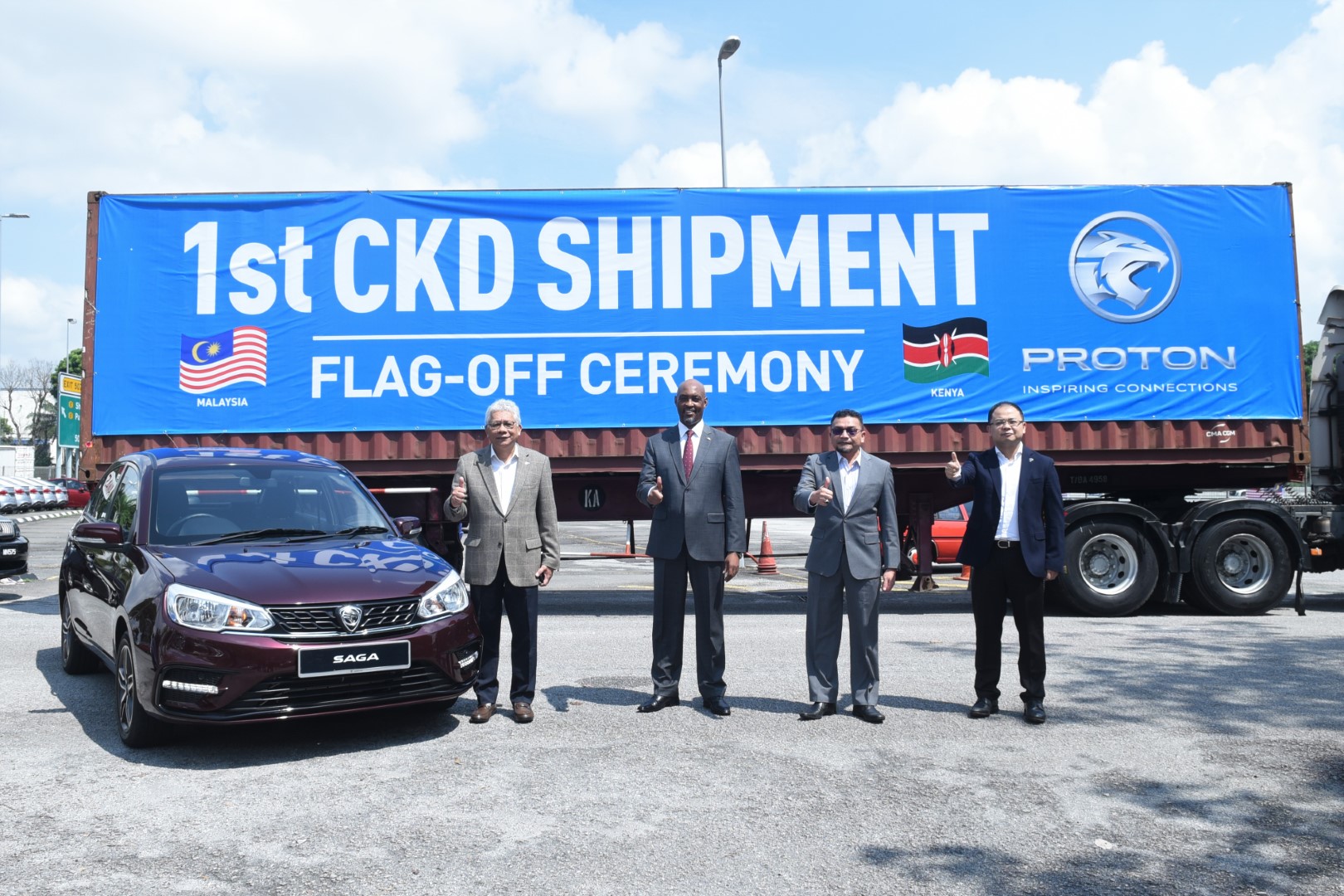 Proton recently announced that it has set its sights on growing the brand’s export sales in 2021.

The export market is a vital part of Proton’s long-term goal to be the third best-selling automotive brand in ASEAN by 2027.

Spearheading the expansion will be Proton’s most popular model, the Proton Saga, followed by the Proton X70 and Proton X50 as they are gradually introduced to more overseas markets.

A flurry of activity in December that included the beginning of CKD operations in Kenya and the launch of the Proton X70 in Pakistan saw export sales end the year with an increase of nearly 50% compared to domestic sales that grew by 8.8%.

For the coming year, the company has set itself another challenging target of doubling export sales over 2020, assuming that export activities are not overly hampered by restrictions due to the global pandemic.

While sales leadership in the domestic market will always be a main priority, the company recognises that in order to grow for the future, it needs to expand its customer base and search for sales in other countries. Charged with the task of leading the overseas expansion is Steven Xu, Proton’s director of international sales.

“Over the last two years, Proton’s international sales division has been aggressively pursuing export sales in numerous markets. We have deployed multiple strategies to achieve our goals, from shipping CBU vehicles built in Malaysia to inking agreements with local conglomerates to assemble CKD cars to benefit from local tax incentives.

“We targeted to see significant gains in 2020 but those plans were affected by Covid-19. Still, we managed to grow our export volume, enter new markets such as Kenya and even launch the Proton X50 in Brunei barely two months after its Malaysian debut so there are many positives to take in to the new calendar year,” said Steven Xu.

One of the keys to growing exports is having products that appeal to a number of different markets and to comply with the needs of the market. For instance, the Proton Saga exported in Pakistan uses a 1299cc engine instead of the bigger 1332cc motor used in Malaysia as small capacity vehicles are popular. The same model is also sold in Nepal as it was also developed with a heater, a vital component for markets with cold winter months.

The Proton X70 and Proton X50 meanwhile help to project a sophisticated brand image. Armed with advanced software, a voice command interface and a comprehensive driver assist package, both SUVs compete against rivals from Japanese and Korean brands and help define PROTON’s messaging in markets where building consumer education remains as a vital step.

“The Proton Saga remains a popular model in many countries due to its hardiness, practicality and value for money proposition but in order to lift our brand image, it is important for our newer models such as the Proton X70 and Proton X50 to also be exported. This will show car buyers what the company is capable of and help pave the way for us to sell other models in the future to fill up the range,” added Steven.

While Proton’s distributors and importers in its export markets are owned by local entities, it works closely with them to ensure there is a cohesive market introduction, promotion and product launch plan to suit local market conditions.

By building a consistent brand image, the company is taking steps towards being a global entity and paving the way towards penetration in other regions in the future. As the CEO of Proton Edar, Roslan Abdullah is not only responsible for Proton’s sales volume but also for the marketing and promotion of the brand.

“By working closely with our foreign partners, we aim to present a consistent message in all our export markets and ultimately, this will make it easier for the Proton brand name to establish itself in even more countries. This is in line with our aim to promote Malaysia and its vendors on a regional and global level and ultimately, this will raise their competitiveness and benefit the economy as a whole,” he added.