Proton X70 Will Have the “Cleanest” Cabin Among All Malaysian Cars 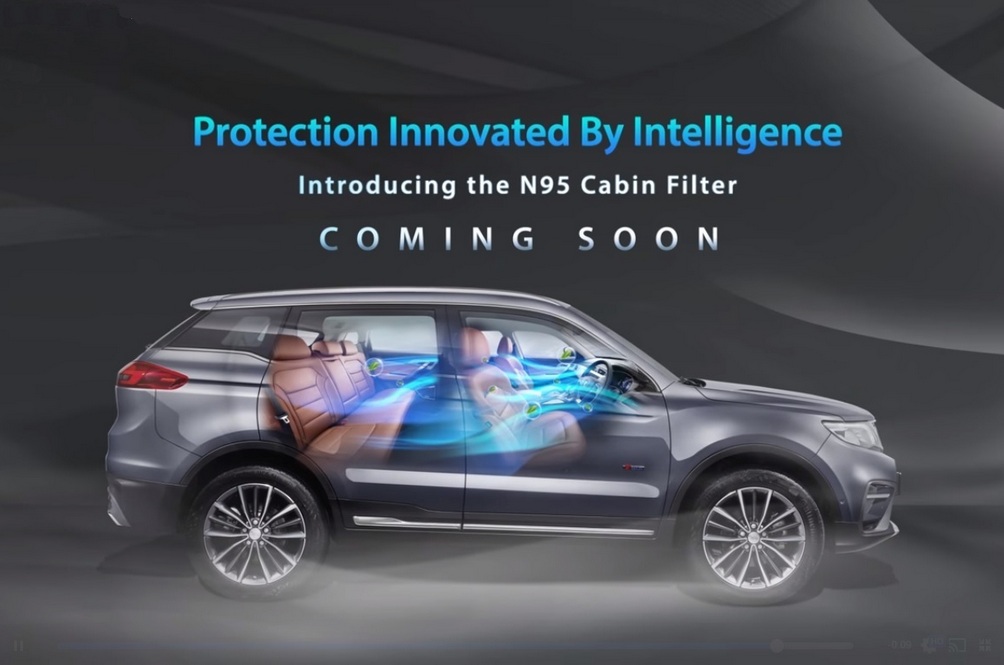 Proton has announced that they will be restarting operations from today onwards after receiving all necessary approvals form the relevant authorities.

This applies to all its’ different corporate business units. Some showrooms and service centres will also open today, but some of these outlets are subject to approval from state government and local authorities.

But that’s not all. Our national carmaker has also announced on its official website that the X70 SUV will be offered with N95 cabin filter system as standard very soon.

The announcement follows Geely’s development of the G-Clean Intelligent Air Purification System (IAPS) which automatically filter out harmful particulates in the cabin, back in February.

How the IAPS system works is that it has an active carbon chemical filter which absorbs harmful gases, and filters out bad odour and harmful pollutants from entering the cabin.

The system also comes with a negative ion generator which sterilises and deodorises the air in the car, and gets rid of viruses, bacteria, fungi and mould in the air.

So, yes, the X70 is going to be getting some kick-ass air filtration system – that’s for sure. But details like when exactly, and if there will be a change in price, and what not, remains unknown for now.