After much anticipation, Proton has finally launched the locally assembled X70 SUV, with a few subtle yet important changes.

Despite all the hype, there are only a few things that you need to know about the new X70 which is now being assembled in Proton’s plant in Tanjung Malim.

The most important technological enhancement is the introduction of a seven-speed Dual Clutch Transmission (7-DCT) in place of the six-speed Automatic Transmission (6AT) previously used.

With the new gearbox, Proton claims that fuel consumption has improved by 13% to 7.6L/100km, gear changes have become smoother and quicker, and that torque has increased by 5% to 300Nm, resulting in a quicker 0 – 100km/h sprint time (9.5 seconds).

Further enhancing the practicality of the 2020 Proton X70 is the inclusion of a powered tailgate, which is available from the Executive variant. The feature is height adjustable allowing for hassle free access to the boot compartment and is supplemented by a foot sensor for the top-two specification levels. Regardless of variant, the split folding rear seat back now has a recline function to adjust the rake of the rear seats and boost passenger comfort.

Similar to its predecessor, the 2020 Proton X70 is offered in four distinct variants though the line-up has been altered. The Standard variant still kicks off the range followed by the Executive. The AWD Executive has been dropped so the next variant is the Premium with the all-new Premium X topping the range.

In case you’re wondering how to distinguish between the outgoing X70 and the latest one, just look at the Proton logo on the front grille. The new X70 gets the circular emblem with the Harimau inside, replacing the old tiger in the “shield”.

That’s it. Besides these enhancements, things remain pretty much the same as before.

Powering all variants is the same 1.8-litre turbocharged petrol engine which makes 184 PS and 300 Nm of torque.

As with the previous model, a 360 Camera is offered on Executive, Premium and Premium X variants but the Tyre Pressure Monitoring System (TPMS) and Advanced Driver Assistance System (ADAS) suite is only fitted to the latter two.

The current Proton X70 is selling faster than they cane ship them here from China and soon the local assembly will start and we will see sales continue to rise as Malaysians fall back in love with Proton. meanwhile, Proton partner, Geely has just launched the facelift version in China and its called PRO. This latest version was fully unveiled to the public at a design seminar in Hangzhou this week and will be equipped with an updated version of the GKUI. 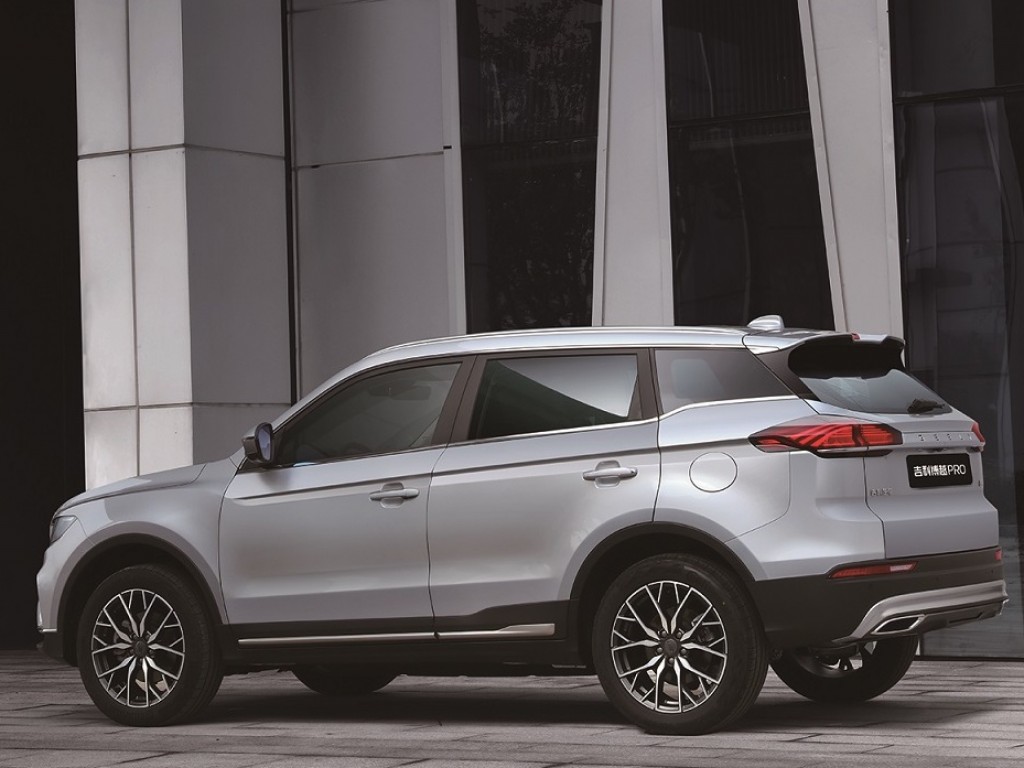 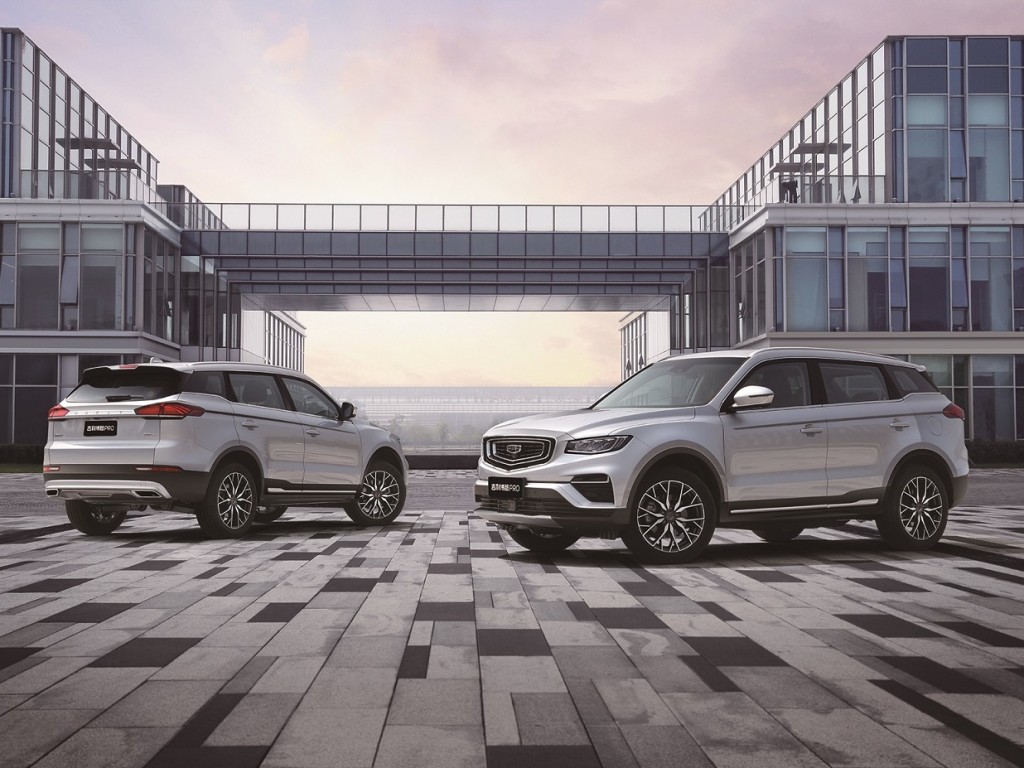 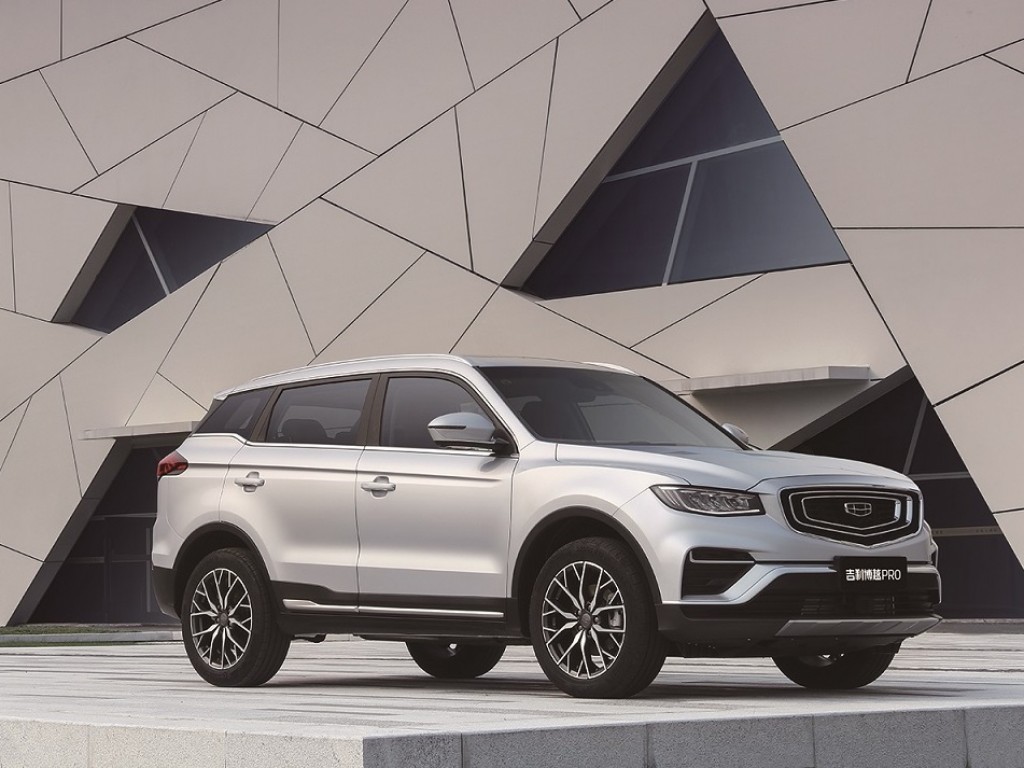 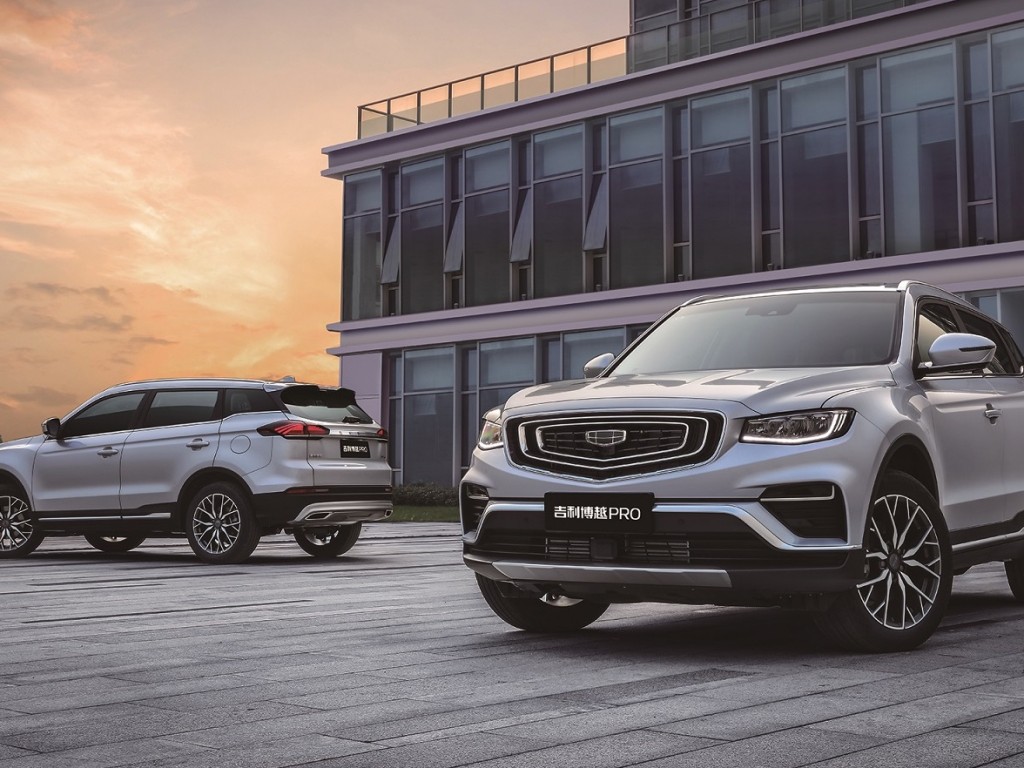 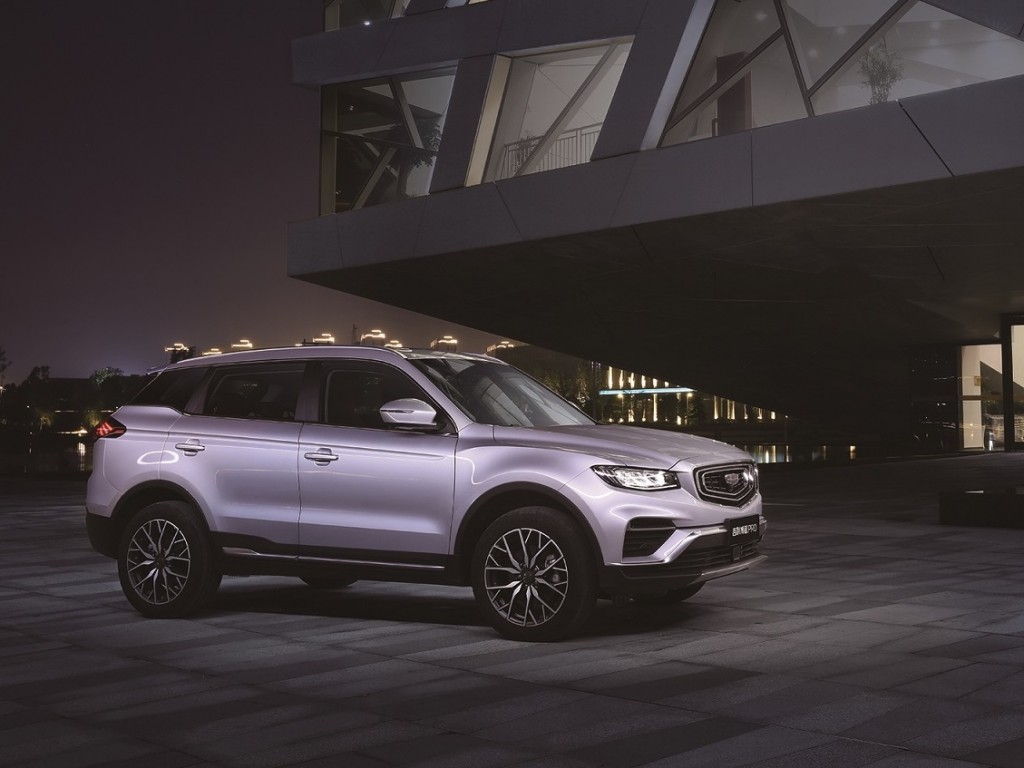 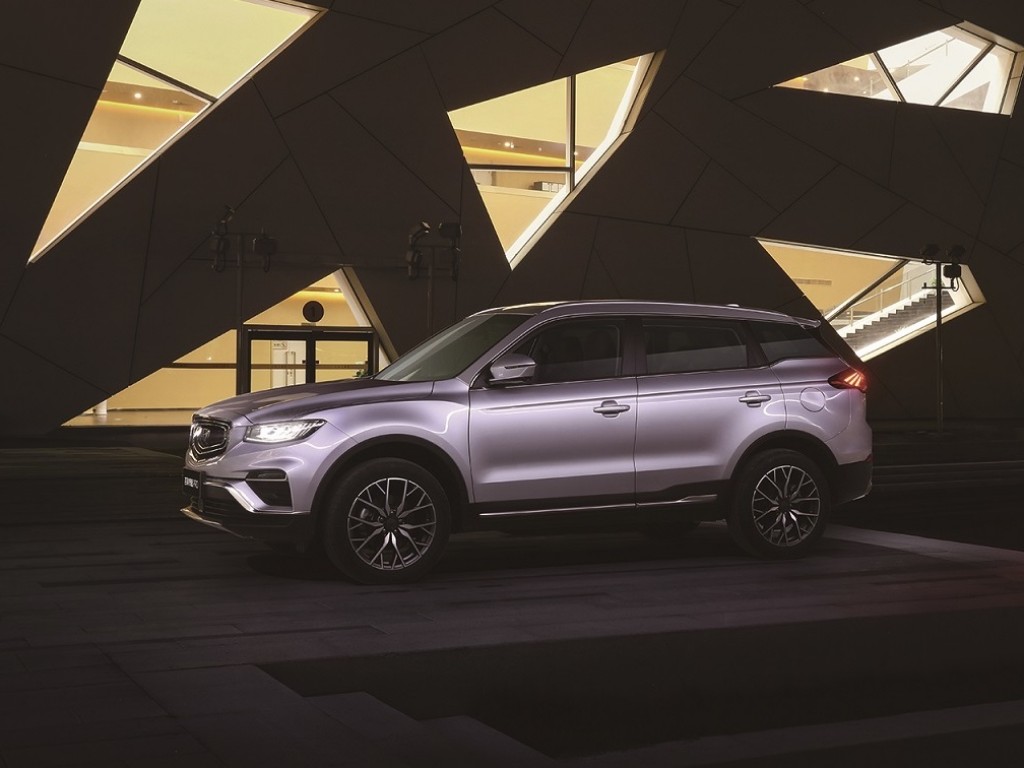 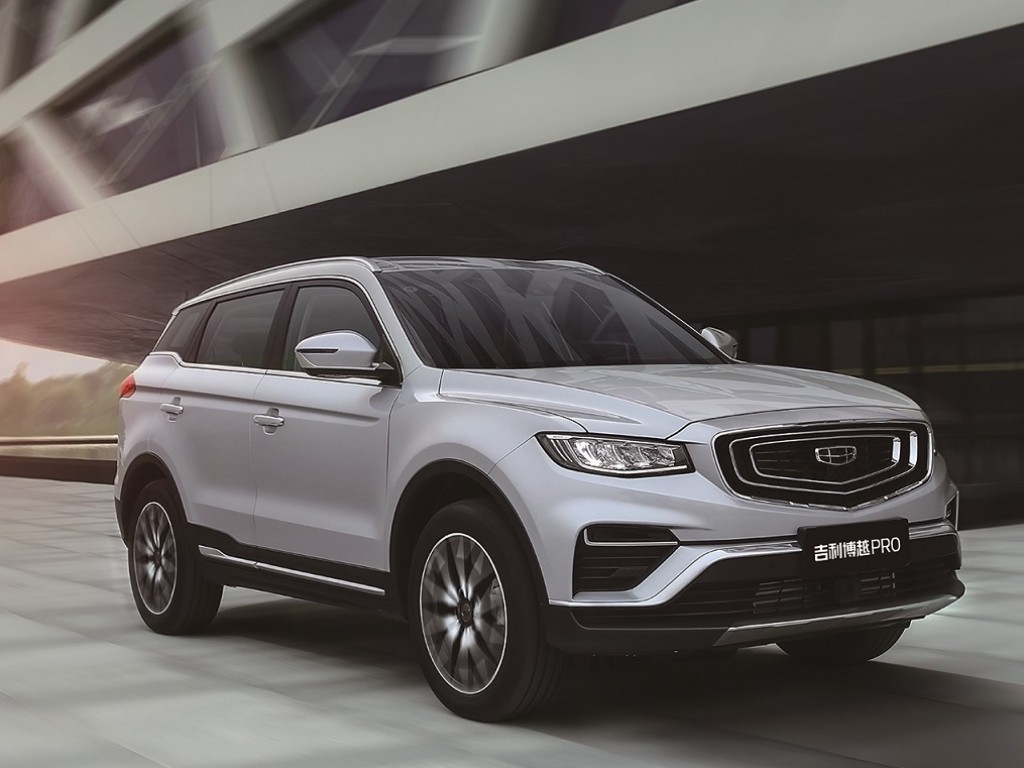 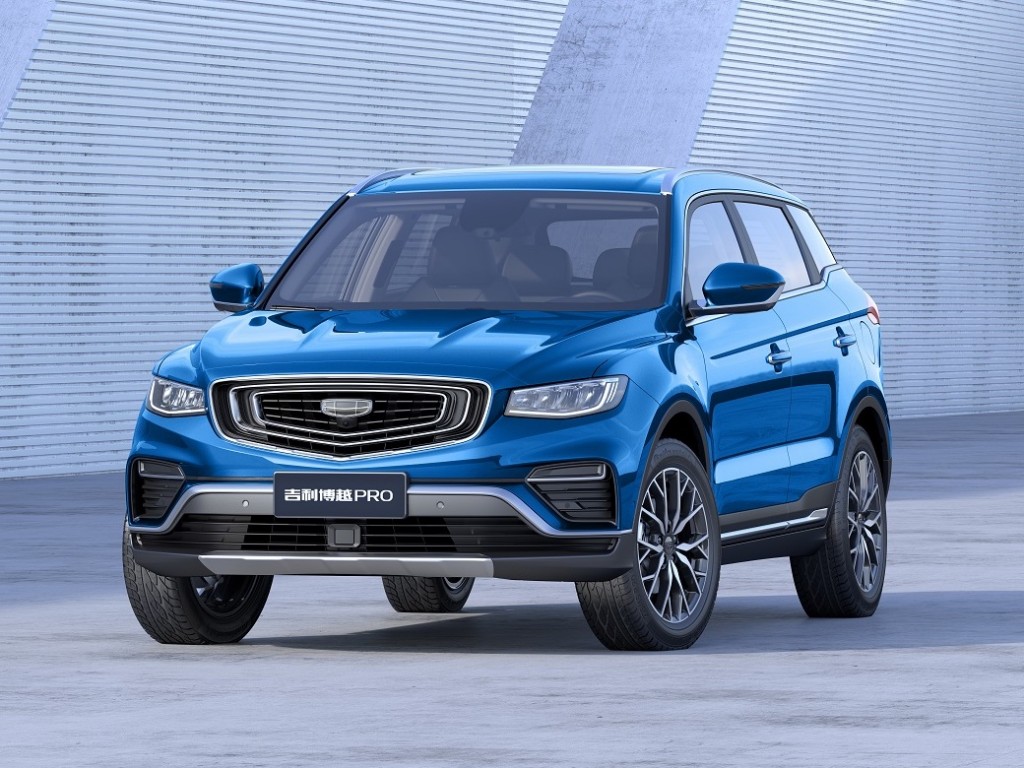 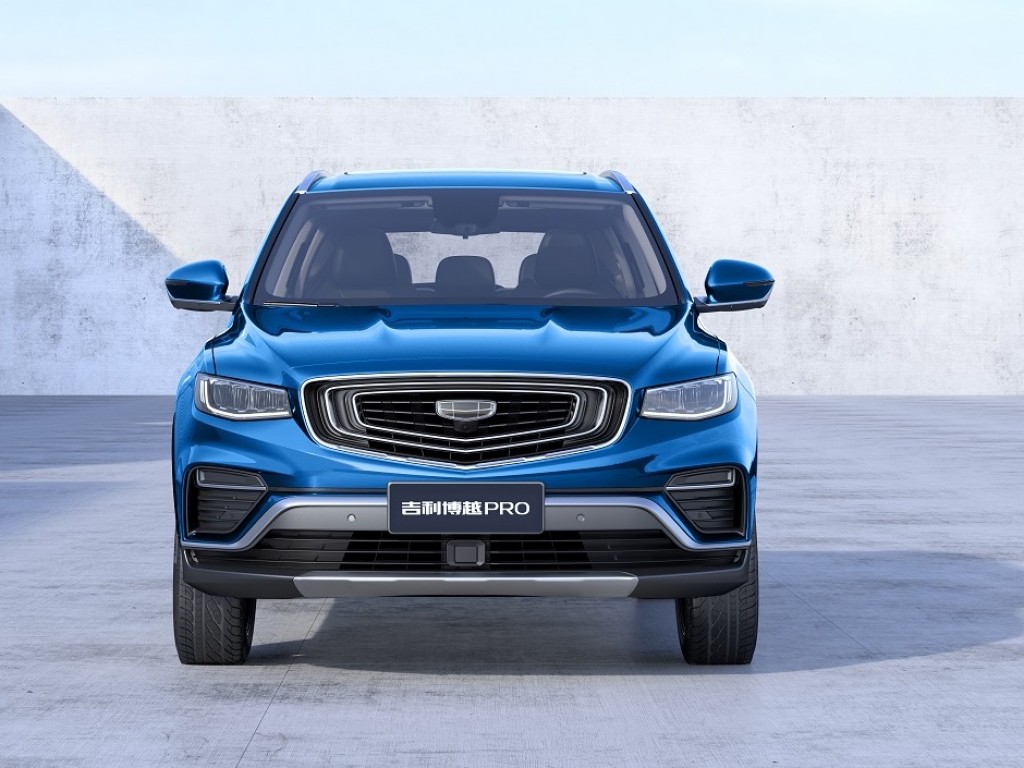 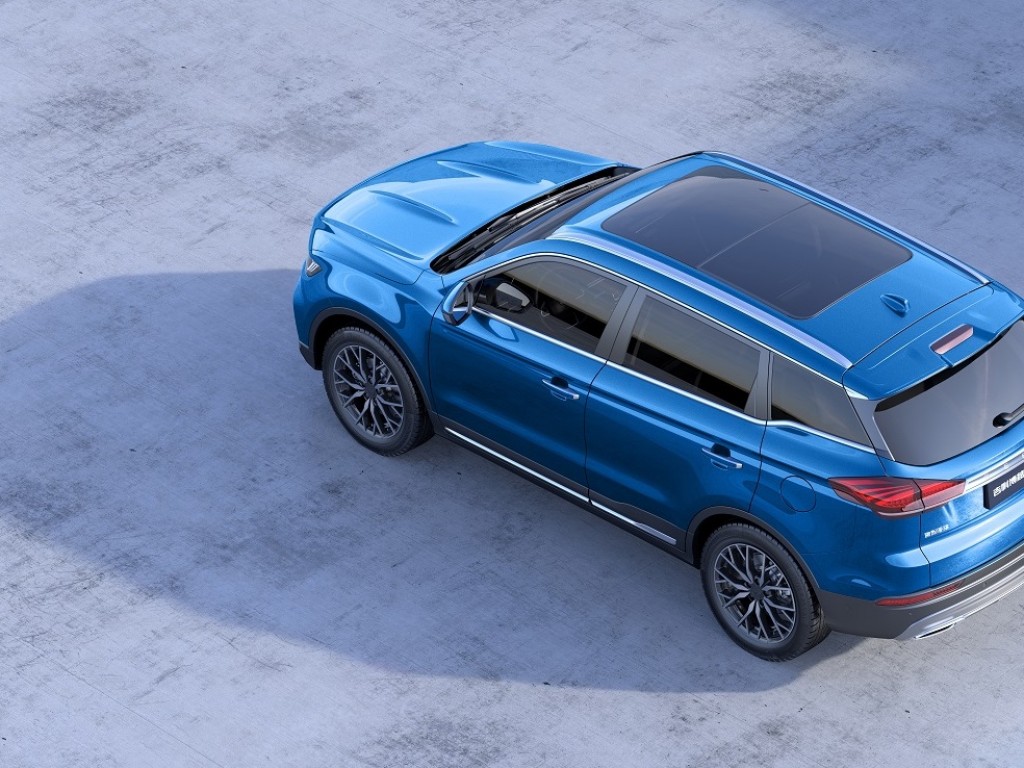 A week prior, at the launch of the GKUI19 Geely Smart Ecosystem and China’s first independently developed dedicated vehicle chipset, the E01, the Bo Yue PRO was announced to be Geely’s first model to receive the new hardware. The addition of the GKUI19 and E01 chipset has essentially put a “super brain” into the Bo Yue SUV. To match its enhanced intelligence, comprehensive improvements to the original Bo Yue SUV have been made including power and design. 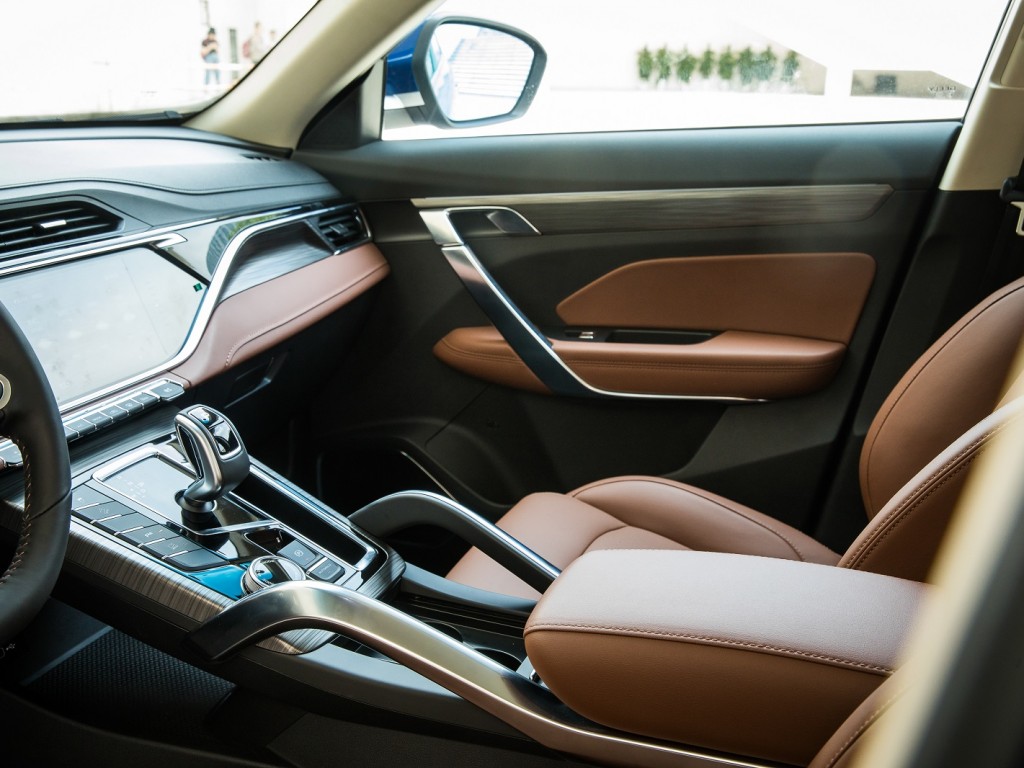 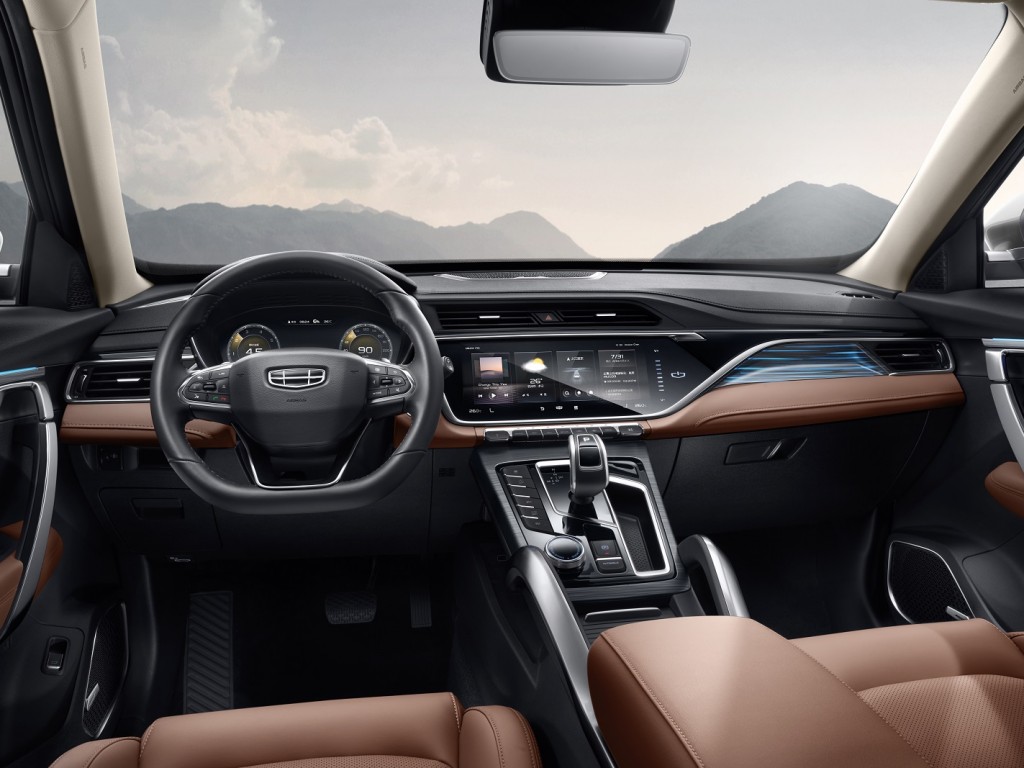 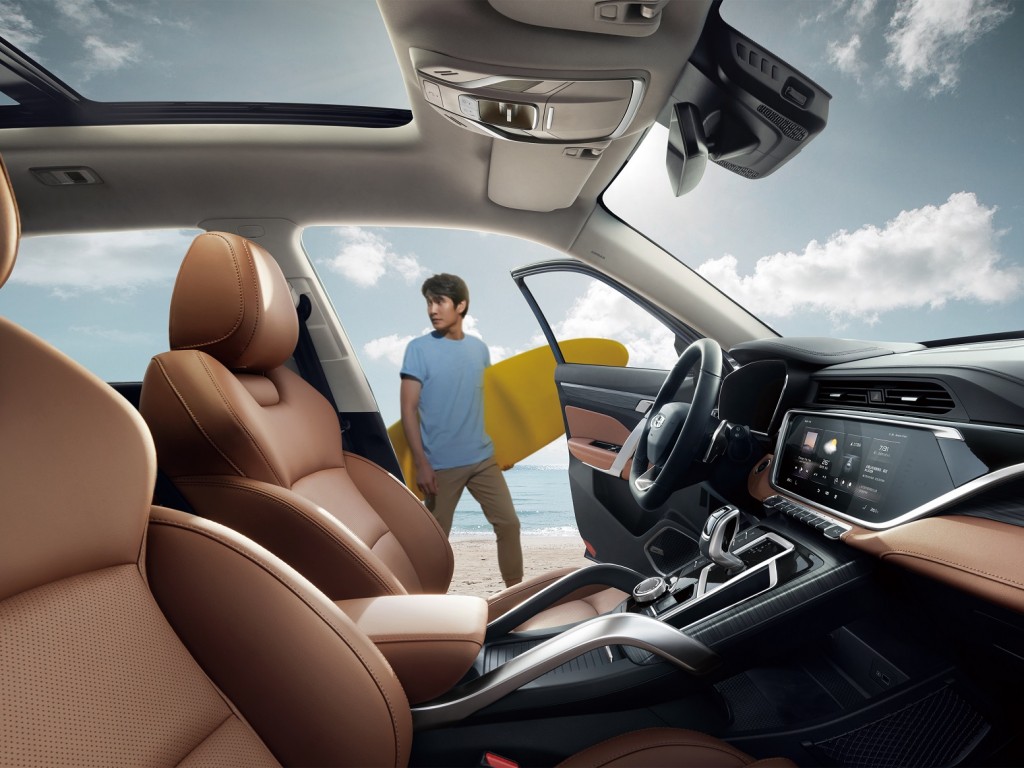 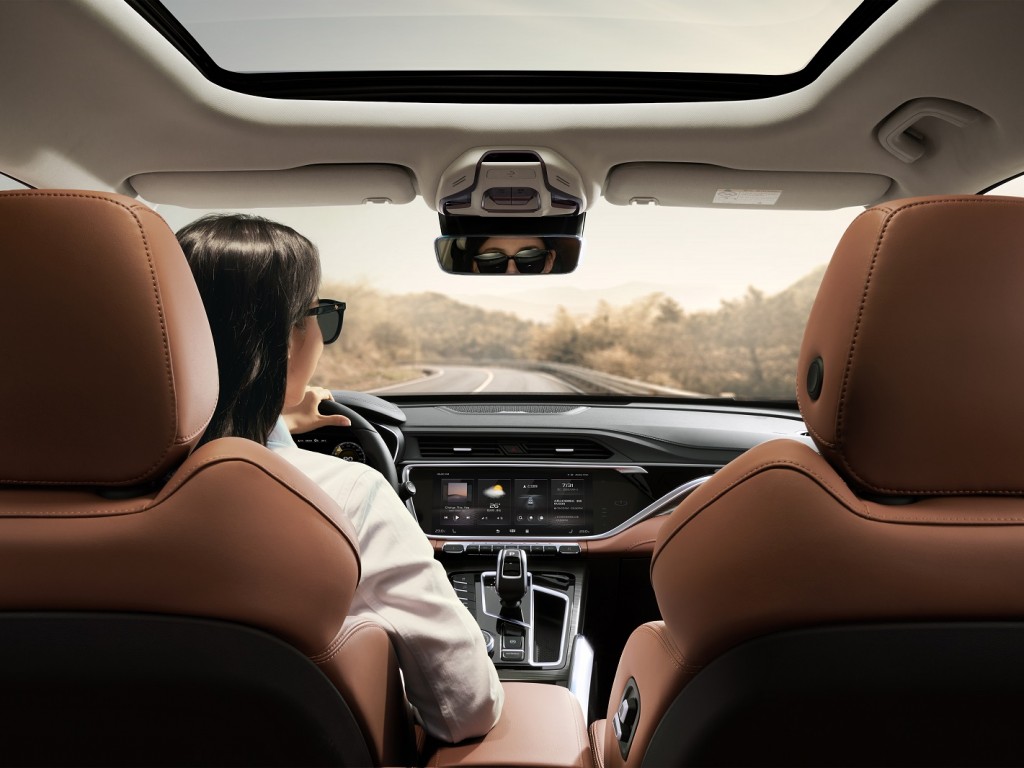 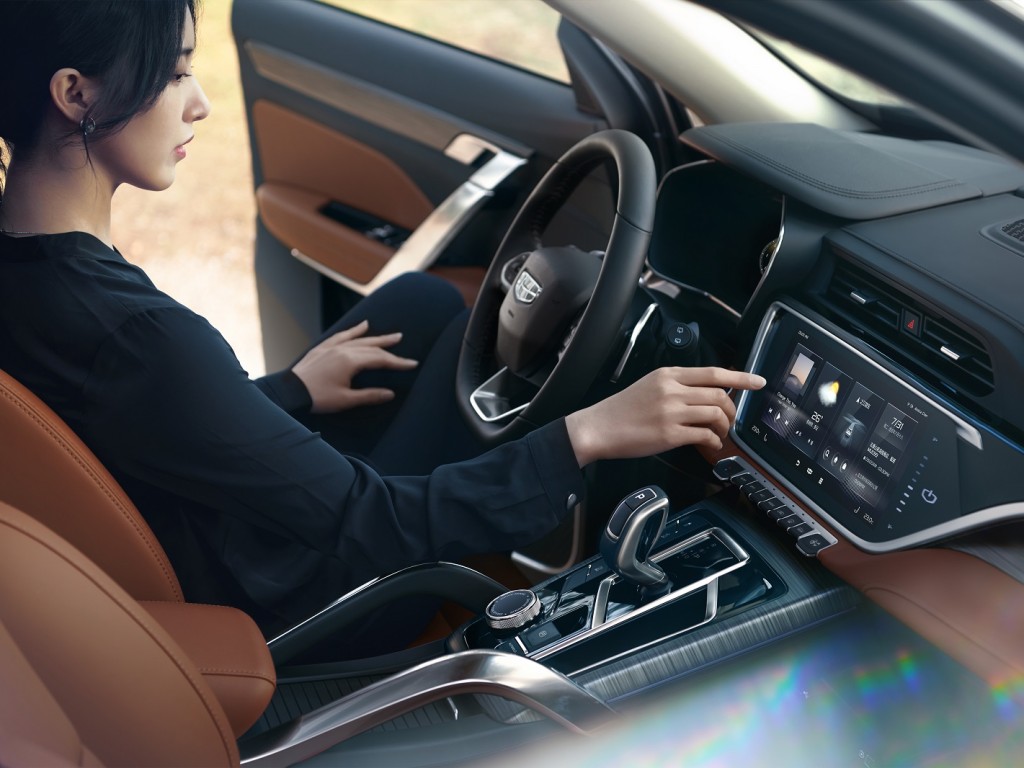 The intelligence upgrade has put the Bo Yue PRO one step closer towards being a true mobile terminal envisioned in Geely’s mobility ecosystem, in which vehicles become a third living space for its passengers rather than just a mere tool of transportation. With the GKUI19 empowered by its dedicated E01 chipset, the Bo Yue PRO transforms into a mobile entertainment system, a control hub for smart devices at home or in the office, a mobile phone, and a mobility service provider. 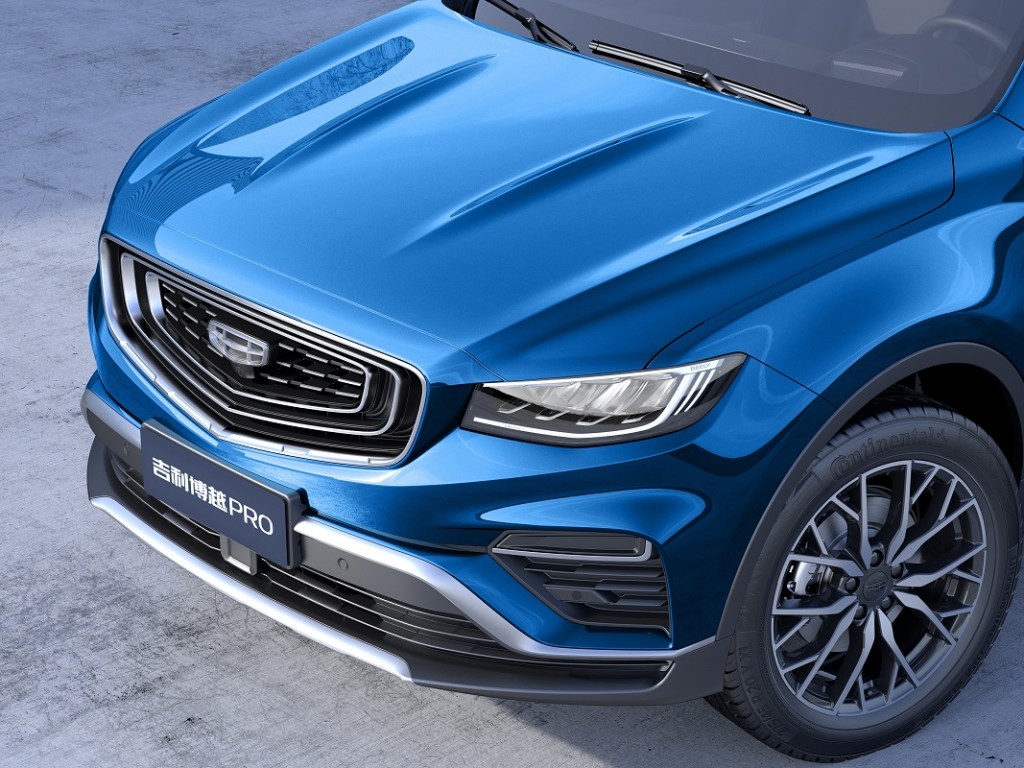 Speaking at the design seminar, head of Geely Design China, Guy Burgoyne said “We had to go even further than the original class-leading Bo Yue, which was known for the “three G’s”. Good to use, Good performance, and Good intelligence. The Bo Yue PRO has evolved in all dimensions, conveying greater confidence with an ever evolving design language. This new model is an upgrade in all aspects, confidently redefining the segment for a lifestyle inspired premium SUV.” 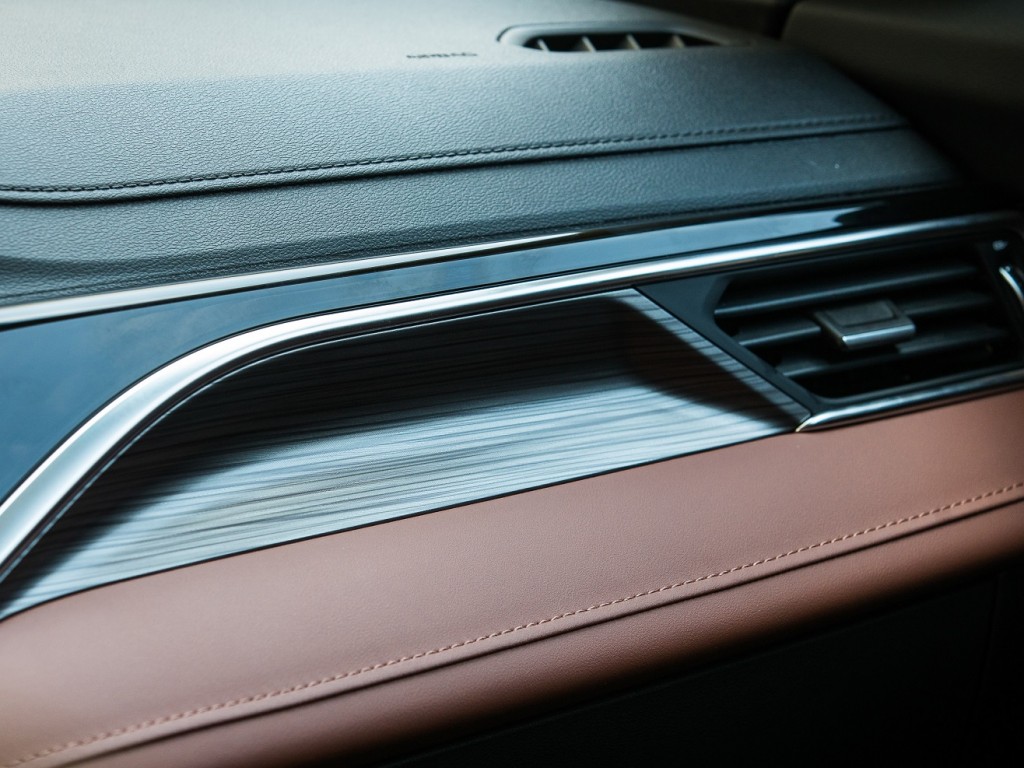 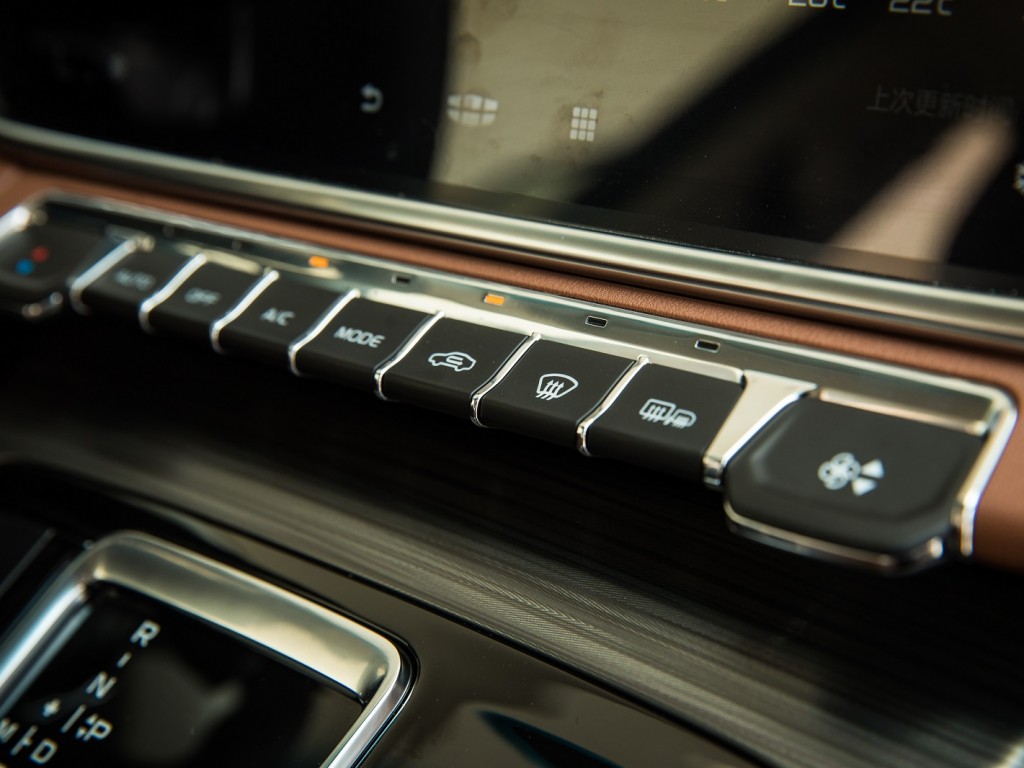 From the rear quarter, the Bo Yue PRO’s design clean and logical featuring Geely’s distinctive chrome strip that stretches towards the outer edges into the rear lamps. The three-dimensional Chinese fan inspired twisting rear lamps perfectly represent the combination of technology and culture.

After listening to consumer feedback from across our global markets, Geely has moved to lower the load height of the rear tailgate, giving more space to users and allowing for easier loading and unloading of personal items.

The interior of the Bo Yue PRO has been made more spacious with a harmonious and elegant design.  Air vents stretch from both sides of the instrument panel and push into the doors, enhancing the perceived transverse space.  Fluid interlacing layers fold and twist to help enhance visual depth throughout the cabin. The most eye-catching feature is the two HD central infotainment panel and full LCD instrument panel which seamlessly integrate into the high tech dashboard with ambient lighting that emulate wood grain textures.

The new Bo Yue PRO is a comprehensive upgrade in terms of design, intelligence, and power, opening the door to the 5G “Internet of Everything” era. The model represents Geely Auto’s determination to be the leader of intelligent connected vehicles. The model will be fully launched later in the quarter. Pre-sale booking for the Bo Yue PRO has opened in the Chinese market. 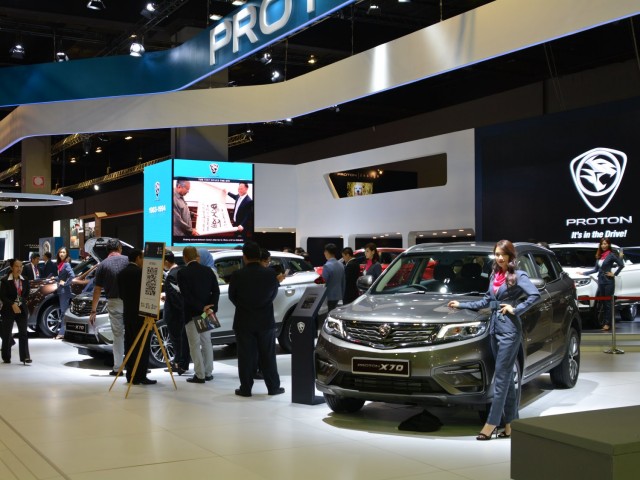 PROTON gave the Proton X70, its first ever SUV, its public debut during the media day of the 2018 Kuala Lumpur International Motor Show (KLIMS). Held at the Malaysian International Trade & Exhibition Centre (MITEC) in Kuala Lumpur the show officially opens its doors to the public from 23 November to 2 December and all visitors are invited to get a closer look at the Proton X70 when visiting the Company’s booth.

Although this won’t be the first time the Proton X70 is shown to the public, all previous instances were closed-door preview events for invited guests only. Therefore, this will be the first time it will be displayed in a public environment like KLIMS and for many visitors, this will be their first opportunity to take a closer look at both the inside and outside of PROTON’s newest model.

Aside from having five units on display, PROTON have also prepared special areas to give visitors a unique hands-on experience of the technology and equipment fitted to its newest model. For instance, a full scale half-cut model has been prepared to show critical areas where the body has been reinforced to make it safer in an accident. Display panels housing the touchscreen from the interior of the Proton X70 have also been prepared to demonstrate its usability and allow visitors to try the voice command system.

To add more excitement to its product display, PROTON will give KLIMS visitors a chance to experience the advanced driver assist systems offered on the Proton X70 without having to go for a test drive. A Virtual Reality (VR) area will simulate how systems like the Electronic Stability Program (ESP), Autonomous Emergency Braking (AEB) with Forward Collision Warning (FCW), Adaptive Cruise Control (ACC), Lane Departure Warning (LDW) and Blind Spot Information System (BLIS) work in real life, giving a preview of the sensations a driver will feel when they are activated.

PROTON announced today it has received over 10,000 bookings for the Proton X70 SUV during the official launch of Ming Heng Motor Sdn Bhd, a new 4S dealer in Setapak. The Company also confirmed that it exceeded its 3S/4S outlet submission approval target of 109 and that more applications to open such outlets were still being received. PROTON’s highly anticipated first SUV, the Proton X70, was made available for prelaunch bookings from 8 September. Interested parties were invited to place a deposit at a PROTON outlet but since 17 October, they have also been able to use an online booking platform, allowing bookings to be made from anywhere with an Internet connection.

To date the response from Malaysians has been very encouraging as total bookings now total over 10,000 units of which nearly 2,000 were made online, thus confirming the Company made the correct decision to develop and launch the platform.