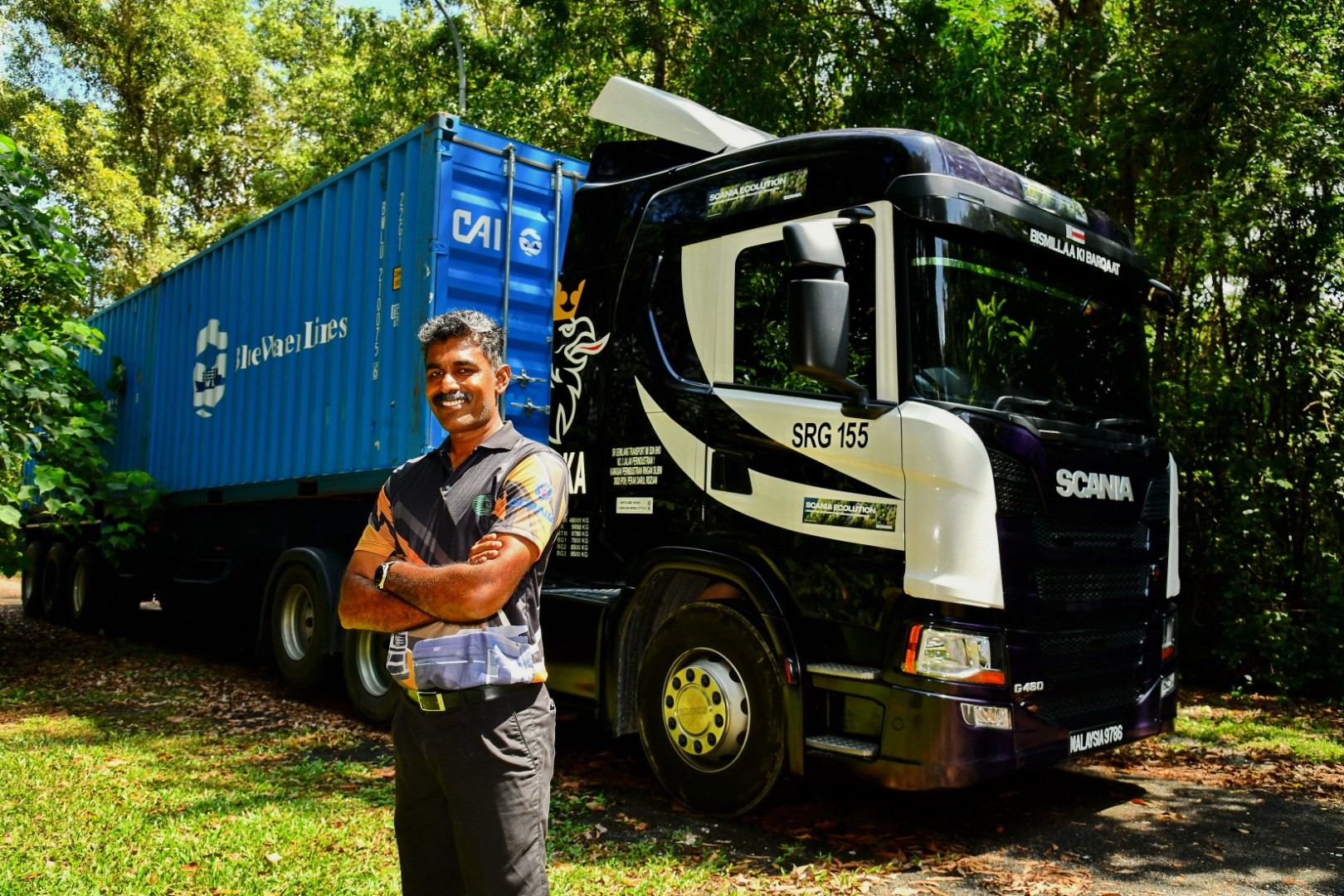 SR Gemilang became part of Scania Malaysia’s milestone when they became the first truck operator in the Northern region to sign the Scania Ecolution partnership agreement in a simple ceremony.

The signing was sealed between Muhammad Jaafar, Director of SR Gemilang Transport (M) Sdn Bhd and Heba Eltarifi, Managing Director of Scania Southeast Asia. Scania Ecolution is a partnership between Scania and customers with the aim to reduce carbon footprint via total solutions.

Fuel consumption, vehicle and driver behaviour will be monitored daily and reported on a monthly basis and will result in reducing fuel consumption and the emission of Carbon Dioxide (CO2) into the atmosphere while lowering the costs of operation.

Scania became the first major manufacturer of heavy commercial vehicles to have our far-reaching climate targets officially approved by the Science Based Target initiative (SBTi) back in April 2020.

Scania is committed to achieving the Paris agreement goals of limiting global warming to 1.5°C above pre-industrial levels. SR Gemilang’s participation in the Scania Ecolution partnership is part of this initiative.

The order for these additional units was signed and sealed by M. Aziz, Managing Director of SR Gemilang who was also in attendance. The earlier Scania trucks that SR Gemilang acquired in 2015 delivered very good returns as the fuel savings were the best amongst the entire fleet. However, the NTGs that are equipped with advanced powertrain and aerodynamic solutions delivered further 3% fuel savings.

“Our customers are very happy that we decided to purchase the NTGs to carry their goods as they, themselves, know that the NTGs are well known as the best and most reliable truck in the market. Our customers are assured of on time delivery of their goods,” said Jaafar.

Muhammad Jaafar, took control as Director with M. Aziz taking the lead as Managing Director and both started managing haulages of mostly electronic items, food products and garments, to name a few. The business started in 2007 with six trucks, three of which were Scania trucks but the fleet expanded very quickly as their service quality and marketing efforts paid-off many folds.

Operating from their headquarters in Ipoh, the Port Klang and the KLIA, SR Gemilang was successful in creating associations with other logistic providers for joint-venture projects, sub-contracting either way. The increase in demand for reliable and trustworthy transportation was also captured by SR Gemilang, especially deliveries to and from the Ipoh free-trade zones.

“We are very pleased to be part of Scania’s global initiative. We work hard for our family, and it’s up to us to do whatever we can to care for the environment and set a positive example for our children to follow. I truly hope that they too will do their part in caring for the environment,” concluded Jaafar.