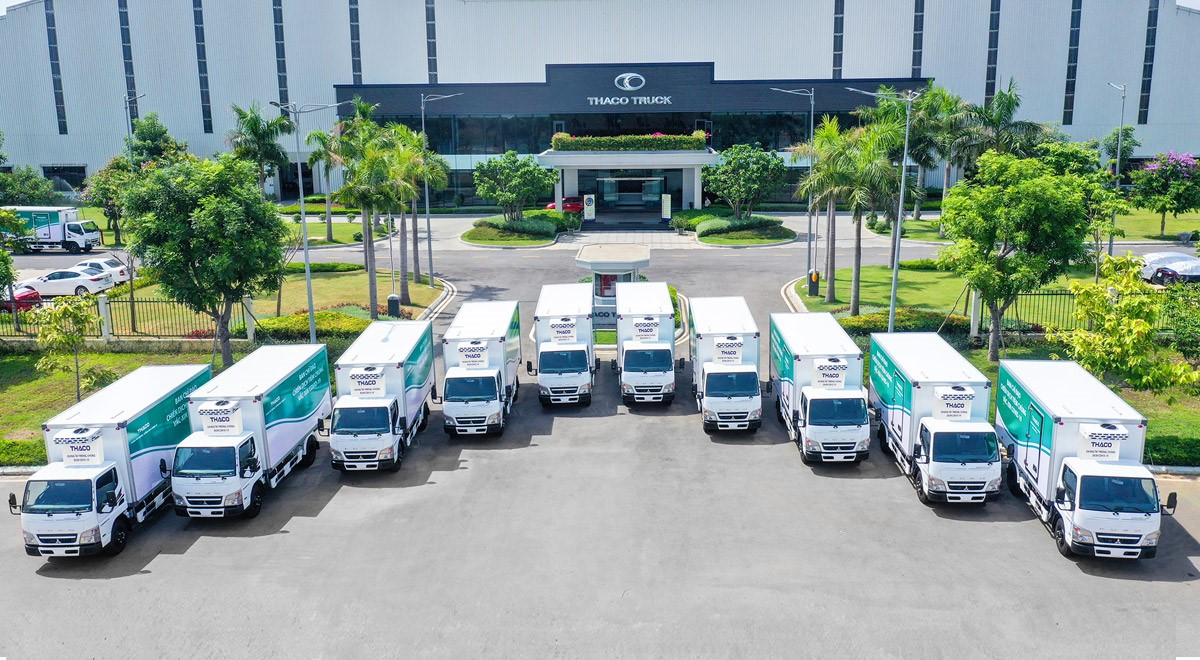 Mitsubishi Fuso Truck and Bus Corporation announced that Truong Hai Auto Corporation (THACO), the general distributor of FUSO products in Vietnam, has donated 126 Canter trucks to the national vaccination drive in the battle against the Covid-19 pandemic.

These light-duty trucks were exported as KD kits from MFTBC’s Kawasaki plant and locally assembled by THACO at a facility located in the central province of Quang Nam.

The trucks, which come with refrigeration and rear steps for easy access into the cargo area, together exceed 150 billion VND (approx. 6.5 million USD) in total value.

The FUSO vehicles will be operated around the country to meet the government’s goal of vaccinating 70% of the adult population by the end of March 2022.

Earlier this year, Vietnam launched a public fund to secure and distribute vaccine doses for its population of around 100 million.

Organizations within and outside of Vietnam have since contributed, in an effort to spur on the nation’s vaccination campaign.

THACO has supported pandemic prevention measures since the beginning of the Covid-19 pandemic; in addition to this recent donation of trucks, the company has provided local municipalities with funds and medical supplies such as disinfectants, gloves, protective gear, and testing kits.

THACO was established in 1997 and has since become a leader in the Vietnamese commercial vehicles market, with a distribution network of 33 outlets.

THACO became the exclusive wholesale distributor and local assembly partner for FUSO products in 2017, and thanks to its extensive sales network, has increased the market presence of the FUSO brand in Vietnam. The Vietnamese FUSO lineup ranges from light-duty to heavy-duty trucks, and also includes the light-duty Rosa bus.