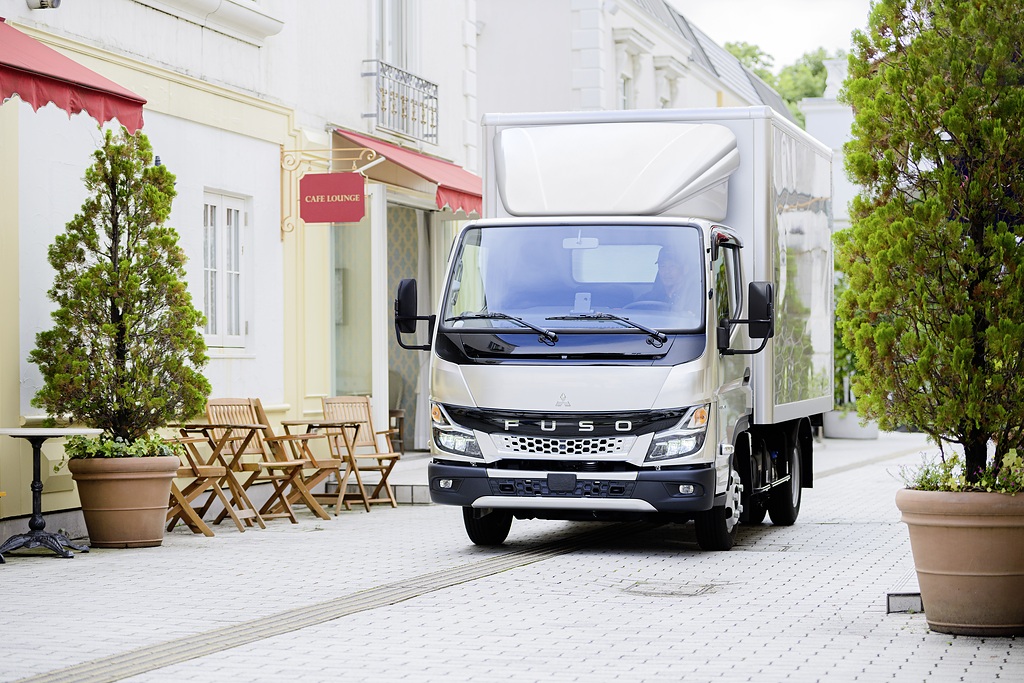 The new model, which comes with a redesigned cabin as well as improvements in safety and comfort, will be available through the Fuso retail network across Europe from August 2021 onwards.

Since decades, the Fuso Canter is an international hit in the light-duty truck segment due to its class leading turning circle, payload and excellent versatility.

Since its market launch in 1963, over 4.5 million units of Fuso Canter have been produced worldwide.

New is that Fuso now also offers the 3.5t Canter with an S cabin in all right-hand drive markets and improves body-builder friendliness with a new wheelbase of 3,400 mm for the 3S models.

The new Canter also features a redesigned front face that combines historical brand design cues with a modern design language, connecting form to the functionality of a solid light-duty truck.

It also reflects Fuso’s Black Belt design identity, which runs through other vehicles of the Japanese brand’s product range. The sleek lines of the cabin integrate modern LED headlights (optional) and represent both a technological and conceptual update after ten years.

The new Canter can now be ordered with the advanced safety feature Sideguard Assist. This system detects moving vulnerable road users on the passenger side of the truck through radar sensors.

Further safety improvements include the optional LED headlights with 30% better visibility, a new Autolight function, as well as a reinforced rear underrun protection minimizing the impact in the event of an accident.

Over the past decades, FUSO has made continuous improvements to its light-duty truck in order to cater to customer needs. Thanks to improved noise insulation, the new Canter has an impressively low interior noise level.

The spacious cab with good all-around visibility allows the driver to manoeuvre easily in the city. The Canter’s low entry height and easy cross-cab access is designed to support truck drivers – especially in the distribution business.

This new generation of the Canter, with its upgraded design, advanced safety features, and improved comfort, now aims to bring a new level of quality and efficiency onto European roads. Start of Production at the European FUSO plant in Tramagal, Portugal, is set for December 2021.