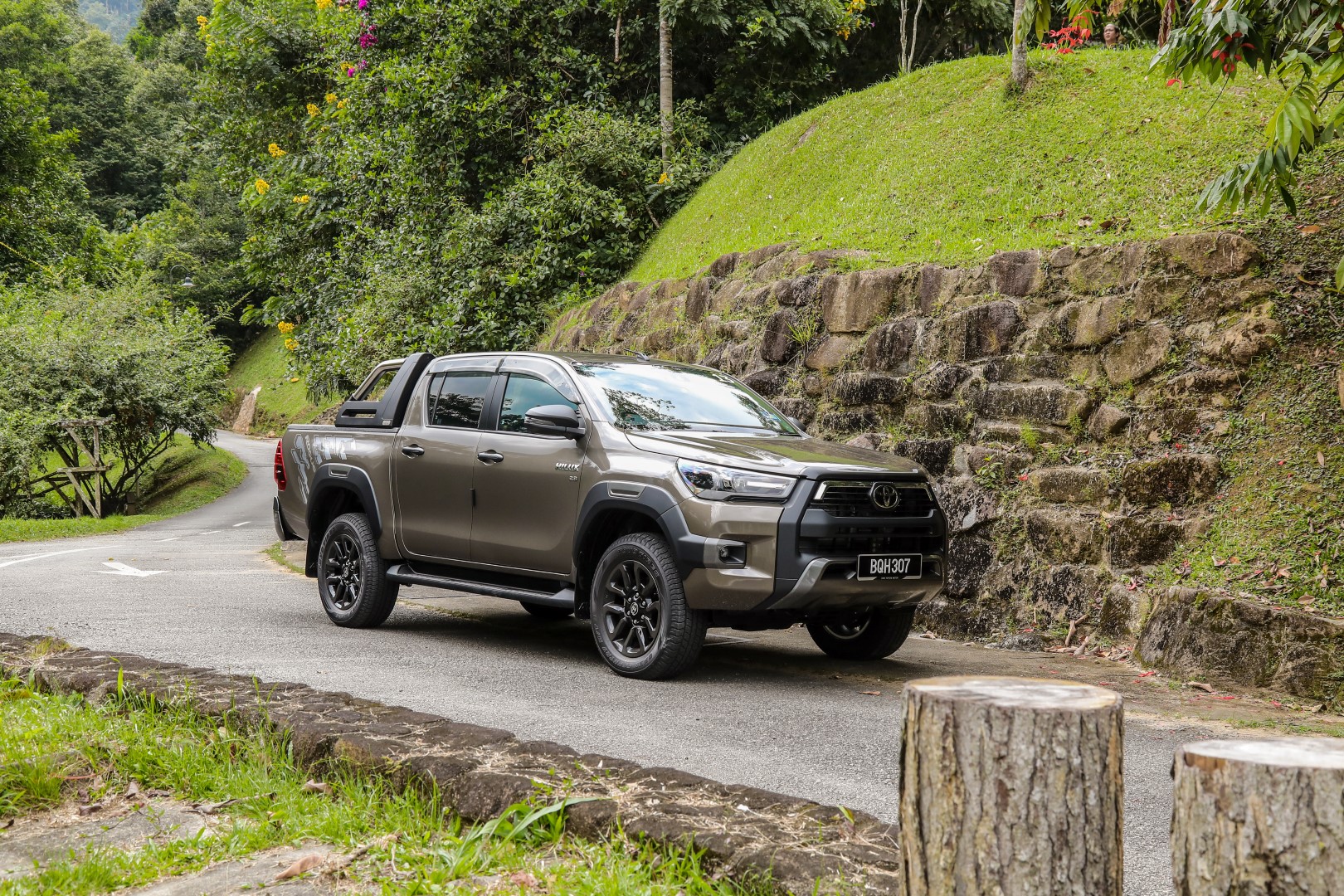 Besides a refreshed appearance on the inside and outside, there are also improvements in performance as well as upgraded safety systems.

Five variants are available, with the new Hilux Rogue 2.8 Double Cab AT positioned as the flagship of the range.

The new Hilux takes on a bolder appearance with a redesigned front grille and stronger styling elements.

Inside, a more premium image is evident with the new trim. For the flagship Hilux Rogue, the premium interior ambience is elevated with the use of clear blue door trim illumination.

The 2.8-litre turbodiesel engine of the Hilux Rogue has received technical improvements which raise both power output and torque. Maximum power output is now 204 ps at 3,400 rpm while maximum torque is 500 Nm between 1,600 and 2,800 rpm. In spite of the higher output, fuel consumption has actually been lowered by 4% to an average of 10.9 kms per litre.

The 2.4-litre engine, which also has a Variable Nozzle Turbocharger (VNT) and an intercooler as well as a common-rail system, has received refinements that improve cooling and fuel economy. Thanks to increased pressure in the common-rail system, fuel efficiency has been improved by 5%.

In addition, this refined and improved engine for the new Hilux allows longer service interval from 5,000 kms/3 months to 10,000kms/6 months which will help to reduce maintenance costs.

All variants are fitted with 6-speed transmissions; for the Double Cab variants, only Electronically Controlled automatic transmission with Sequential Shift is available, while the Hilux Single Cab is available only with a manual transmission.

The power-assisted rack and pinion steering system for the new Hilux (except for the Single Cab variant) now has a Variable Flow Control (VFC) system with reduced demand on the power steering pump, benefitting fuel economy.

For better grip and stability in difficult off-road conditions, there is Auto Limited Slip Differential (Auto LSD) which uses the Traction Control System (TRC) to control braking and engine output when one of the rear wheels start to spin. The Auto LSD is faster compared to the mechanical 4×4 system.

Although it has tough workhorse capabilities, the Hilux is also comfortable for daily motoring. The ride comfort has been noticeably improved through various measures, including optimization of cabin mounts to reduced shaking, roughness and noise transmission into the cabin.

Every Hilux variant comes with a customized security system consisting of an engine immobilizer, alarm and cabin intrusion sensor. Additionally, a Vehicle Telematics System (VTS) is installed as standard in the Hilux Rogue and 2.4 V (option for the other variants) and this enables real-time tracking of the vehicle using GPS signals.