Besides a refreshed appearance on the inside and outside, there are also improvements in performance as well as upgraded safety systems.

Five variants are available, with the new Hilux Rogue 2.8 Double Cab AT positioned as the flagship of the range.

The new Hilux takes on a bolder appearance with a redesigned front grille and stronger styling elements.

Inside, a more premium image is evident with the new trim. For the flagship Hilux Rogue, the premium interior ambience is elevated with the use of clear blue door trim illumination.

The 2.8-litre turbodiesel engine of the Hilux Rogue has received technical improvements which raise both power output and torque. Maximum power output is now 204 ps at 3,400 rpm while maximum torque is 500 Nm between 1,600 and 2,800 rpm. In spite of the higher output, fuel consumption has actually been lowered by 4% to an average of 10.9 kms per litre.

The 2.4-litre engine, which also has a Variable Nozzle Turbocharger (VNT) and an intercooler as well as a common-rail system, has received refinements that improve cooling and fuel economy. Thanks to increased pressure in the common-rail system, fuel efficiency has been improved by 5%.

In addition, this refined and improved engine for the new Hilux allows longer service interval from 5,000 kms/3 months to 10,000kms/6 months which will help to reduce maintenance costs.

All variants are fitted with 6-speed transmissions; for the Double Cab variants, only Electronically Controlled automatic transmission with Sequential Shift is available, while the Hilux Single Cab is available only with a manual transmission.

The power-assisted rack and pinion steering system for the new Hilux (except for the Single Cab variant) now has a Variable Flow Control (VFC) system with reduced demand on the power steering pump, benefitting fuel economy.

For better grip and stability in difficult off-road conditions, there is Auto Limited Slip Differential (Auto LSD) which uses the Traction Control System (TRC) to control braking and engine output when one of the rear wheels start to spin. The Auto LSD is faster compared to the mechanical 4×4 system.

Although it has tough workhorse capabilities, the Hilux is also comfortable for daily motoring. The ride comfort has been noticeably improved through various measures, including optimization of cabin mounts to reduced shaking, roughness and noise transmission into the cabin.

Every Hilux variant comes with a customized security system consisting of an engine immobilizer, alarm and cabin intrusion sensor. Additionally, a Vehicle Telematics System (VTS) is installed as standard in the Hilux Rogue and 2.4 V (option for the other variants) and this enables real-time tracking of the vehicle using GPS signals.

Currently, there are exclusive deals for the Toyota Innova, Toyota Harrier, and the Toyota Hilux (limited stocks) as well. The deals are available only for online bookings at the Toyota Flagship Stores on both Lazmall and Shopee Mall.

While booking fees at the Toyota Malaysia Flagship Stores can be as low as RM250, payment can be made the same way as purchasing other goods online – via credit card or online banking.

The booking fee starts the purchase process which will be followed up by personal attention from a Sales Advisor at the nearest authorized Toyota dealership to the customer. Chat support is also available at the online stores (Monday – Friday, 9:30am – 5:30pm) for customers who may have queries.

There will be promotions (*for selected 2019 stocks only) at the online stores from time to time with exclusive money-saving offers. For example, there is currently a special promotion available for the Toyota Fortuner SUV (limited stocks) worth RM22, 760 and it comes with 5 years of free scheduled maintenance (terms and conditions apply).

Fully redesigned for the first time in nine years, the all-new BT-50 is actually an Isuzu D-Max underneath, which is all set to go on sale in countries like Australia beginning next month.

Since its debut in 2006, the BT-50 has been sold mainly in regions including Oceania, ASEAN, Central and South America, the Middle East and Africa.

Based on Isuzu pickup trucks, Mazda said that special care has gone into many areas, especially the vehicle’s design, which adapts Mazda’s Kodo – Soul of Motion design philosophy.

According to Mazda, the main objective behind the development of the BT-50 was to make travelling inside the BT-50 exceptionally pleasant.

The vehicle’s driving performance, functionality and safety however, will meet the active needs of the wide range of situations in which customers may use pickup trucks, says Mazda.

That being said, below are all the technical details of the all-new Mazda BT-50:

“Toyota vehicles are now more affordable than ever. Customers should take this opportunity to upgrade or purchase a new Toyota. All relief from the new tax structure have been factored into the new pricing, considered in the best interest of our customers. Price changes vary between our CKD and CBU model line-up,” said Mr. Ravindran K.,  President of UMWT.

Vehicle prices have been reduced from between 1% to 6%. In addition to the above, Toyota also announced the new price with its latest monthly Sales Promotion and Rebates.

That said, below is the updated price list for Toyota and Lexus models:

This follows approval given by the Selangor State Government in relation to the Conditional Movement Control Order (CMCO) that was announced on 4 May 2020.

ASSB suspended all operations from 18 March 2020 when the Movement Control Order (MCO) was activated nationwide as a measure to break the transmission of the COVID-19 coronavirus and will re-commence its operations on 11 May 2020 onwards.

“We are grateful to the Selangor State Government for its decision to implement the CMCO with customised details and understand that it is in the best interest of the state and people,” said Ravindran K., President of UMW Toyota Motor.

“With the resumption of operations, we hope to help in boosting the economy and add momentum to the automotive industry and business moving forward.”

As with all companies allowed to resume their operations at full capacity, there are strict Standard Operating Procedures (SOPs) which must be followed. ASSB will fully adhere to these SOPs for the protection and health of its approximate 2000 employees working at its facilities.

The SOPs include establishing distances of 1 metre or more between workers; regular temperature checks; provision and use of hand sanitizers and face masks; and sanitization of various areas around the plant three times daily. Where necessary, working hours and work flows are adjusted to create a safe environment.

“Toyota Motor Corporation (TMC) is also very serious about providing safe and healthy conditions for all employees. As a member of the global Toyota family, ASSB can therefore draw on healthcare advice and best practices from TMC regarding additional measures that can be taken here in Selangor,” said Akio Takeyama, Deputy Chairman of UMW Toyota Motor.

TOYOTA HILUX OWNERS IN KLANG GET A NEW 2S OUTLET

UMW Toyota Motor Sdn Bhd (UMWT), the sole importer and distributor for Toyota vehicles in Malaysia, recognizes the importance of having a comprehensive service network for its Toyota customers.  Recently, a new Toyota 2S centre located at Klang, Selangor was opened.  Operated by PS Otomobil (Bukit Tinggi) Sdn Bhd, the centre offers aftersales services to Toyota customers and owners in Pandamaran, Bukit Tinggi, Bandar Botanik, and other nearby areas.

PS Otomobil (Bukit Tinggi) Sdn Bhd has been an authorised Toyota dealer since 2015 with a sales outlet located in Bukit Tinggi, Klang. Over the past four years, as its sales have grown along with its customer base, it has made new investments to expand its facilities to raise the quality of services. This has led to the establishment of the new 2S outlet. 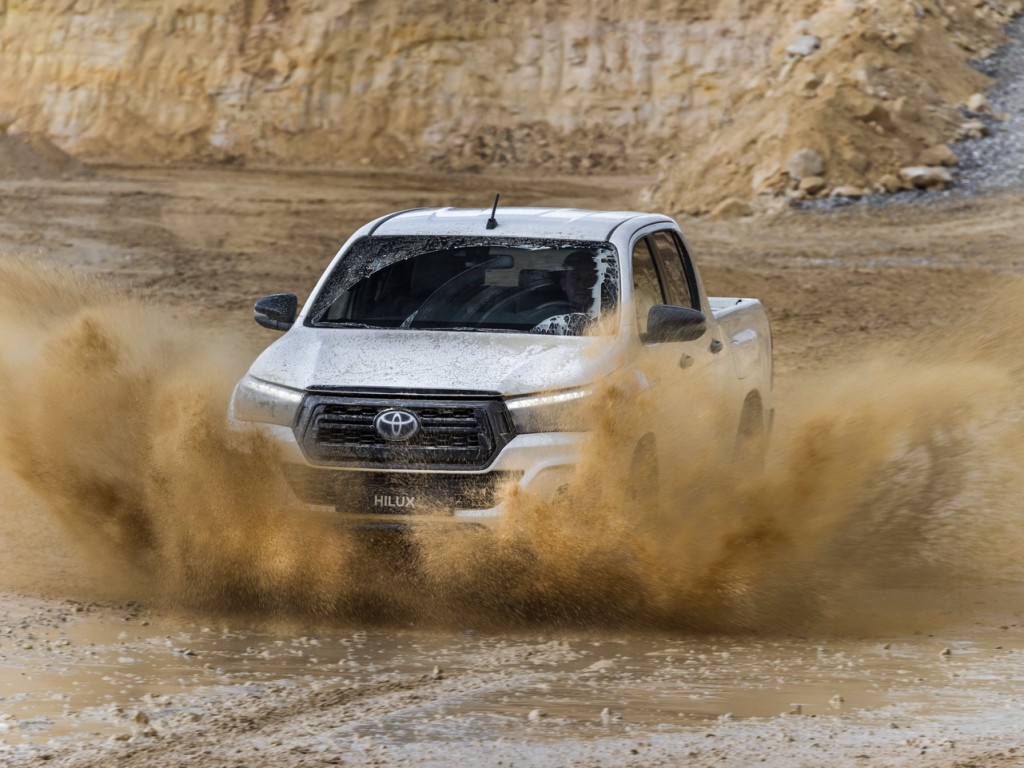 The service centre is equipped with 19 service bays with trained personnel to ensure that customers’ vehicles are promptly attended to. It is also equipped with diagnostic equipment and the necessary Special Service Tools to maintain Toyota vehicles. While waiting for their vehicles to be serviced, customers can relax in the lounge which has amenities for their comfort and convenience.

Commending PS Otomobil (Bukit Tinggi) Sdn Bhd on their commitment to provide Toyota customers with high quality aftersales services, UMW Toyota Motor’s President, Ravindran K. said, “PS Otomobil (Bukit Tinggi) Sdn Bhd has been our business partner since 2015 and has provided good services to customers. We are delighted to see that with the growth in their business, they have made the decision to upgrade their facilities to enhance their aftersales services. This has truly reflects the Toyota “Customer First” philosophy where priorities and value-added services are prepared for our customers’ convenience.” 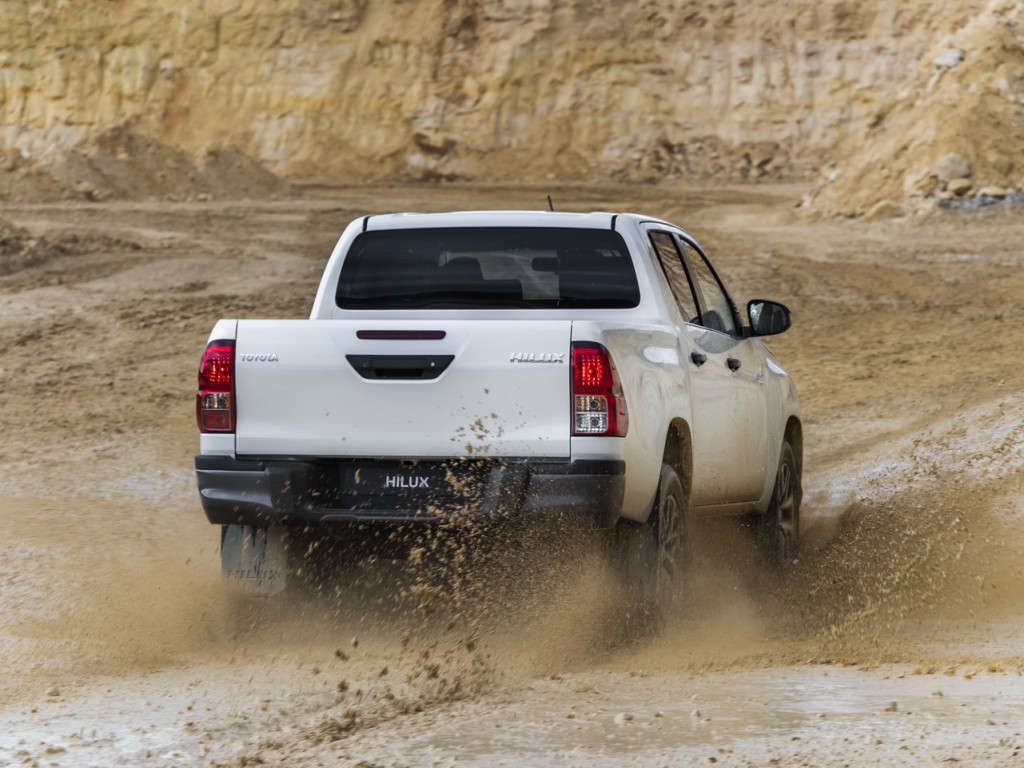