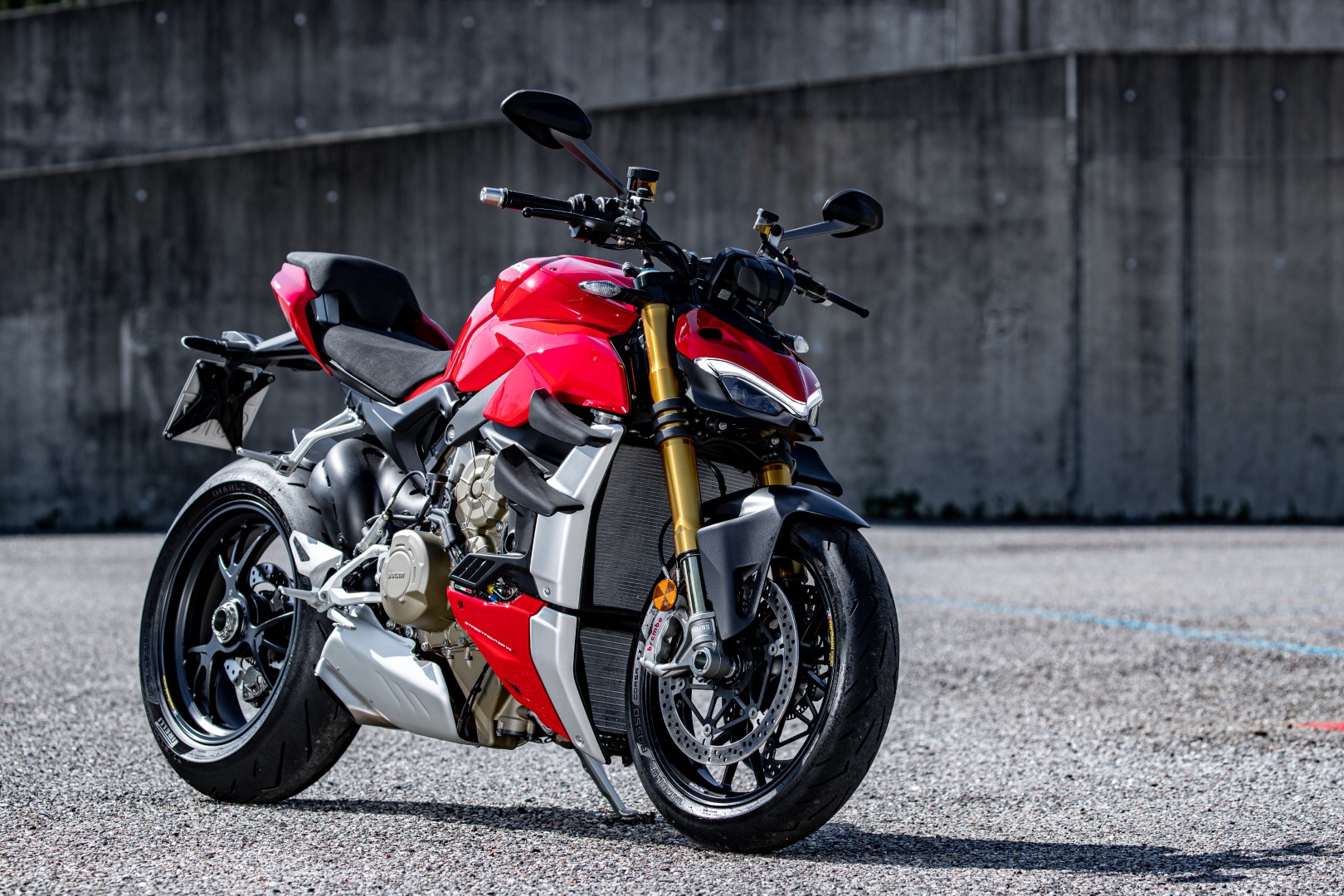 Next Bike Sdn Bhd, the official distributor of Ducati products in Malaysia has unveiled the Ducati Streetfighter V4, and the Scrambler 1100 Pro and 1100 Sport Pro.

A Panigale V4 with stripped off fairings, a high and wide handlebar, 178 kg (dry weight) on the scale, powered by the 1100 cc Desmosedici Stradale delivering 208 hp, aerodynamically enhanced with biplane wings, and finished off with a complete electronics package.

The Streetfighter V4 expresses its intentions perfectly with its minimalist full-LED headlights, and the V-shaped DRL already featured on the Panigale V4.

Its compact headlights are embedded in a meticulously designed dual-layer fairing that incorporates the air-box and LED cooling intakes, while a rear deflector diverts airflow from impacting the tank directly. The bike’s elegant yet aggressive design is complete with a front cover that hides the fixings and wirings of the TFT display.

The Streetfighter V4’s fast, agile mixed-road performance demands maximum stability at high speed and when braking, reduced wheel-up during acceleration and minimized electronic control of the suspension set-up. Thus, Ducati Corse specialists together with the Ducati Style Centre have developed aerodynamic biplane wings for the bike for optimum stability without compromising its performance.

The latest-generation electronics package on the Streetfighter V4 is based on a 6-axis Inertial Measurement Unit (6D IMU) which instantly detects the bikes’ roll, yaw and pitch angles. The electronics oversee every part of the ride; some controls manage start, acceleration and braking, others handle traction, while some lend a helping hand in corners and out-of-corner stretches.

The latter also uses the second-generation Ohlins Smart EC 2.0 system which, in addition to making full use of the IMU 6D, provides a more rider-friendly interface.

A new right-side dual tailpipe and low-slung plate holder ensure distinctive rear-end styling and, together with the new livery, give the bike a coiled, compact look.

Another hallmark is the framed headlight; inspired by the protective adhesive tape used back in the ‘70s, a black metal “X” has been incorporated inside the headlight.

The Ducati Scrambler 1100 Sport PRO is the beefiest version in the Scrambler family. It features all the styling details of the PRO, but also unique equipment set with Öhlins suspension, low-slung handlebars and Café Racer rear-view mirrors.

Both Ducati Scrambler 1100 PRO variants are also at the forefront of electronics. They are equipped with Ducati Traction Control (DTC), regulated specifically for these models, and ABS Cornering, which ensure safety on every bend. The three standard Riding Modes (Active, Journey and City) help even less experienced riders to find the right balance in the use of electronic components by choosing their riding style.

To celebrate the launch of the aforementioned bikes, Ducati Malaysia is also running a Ducati Digital Festival campaign from 1st November – 31st December 2020 which offers great deals including discounts up to 70% on official merchandise, demo bikes clearance sale and special financing packages with the lowest interest rates available.