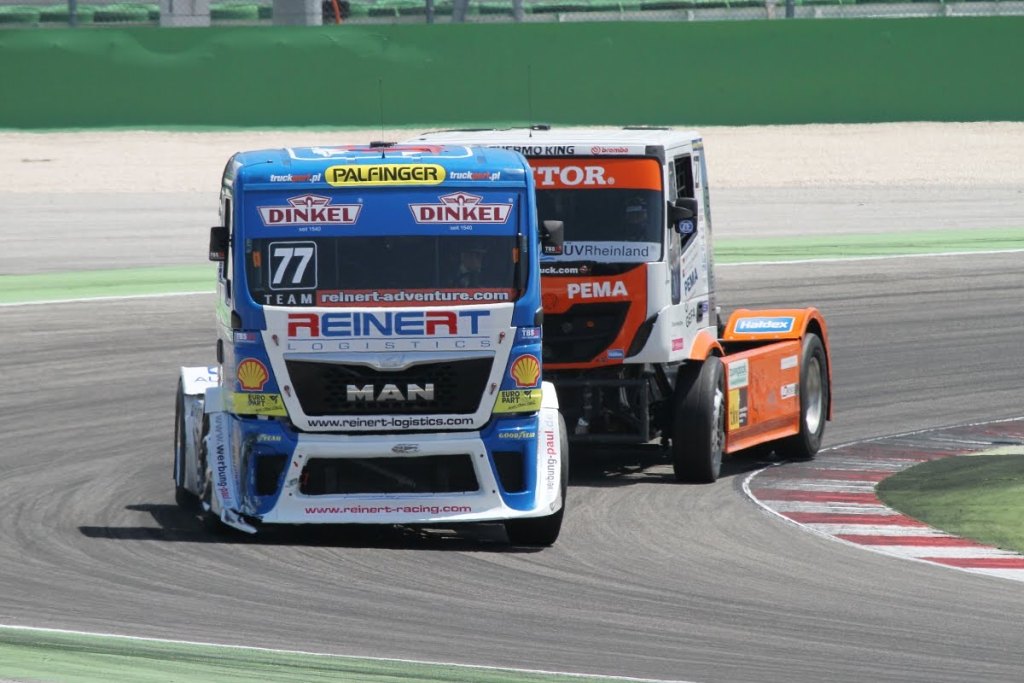 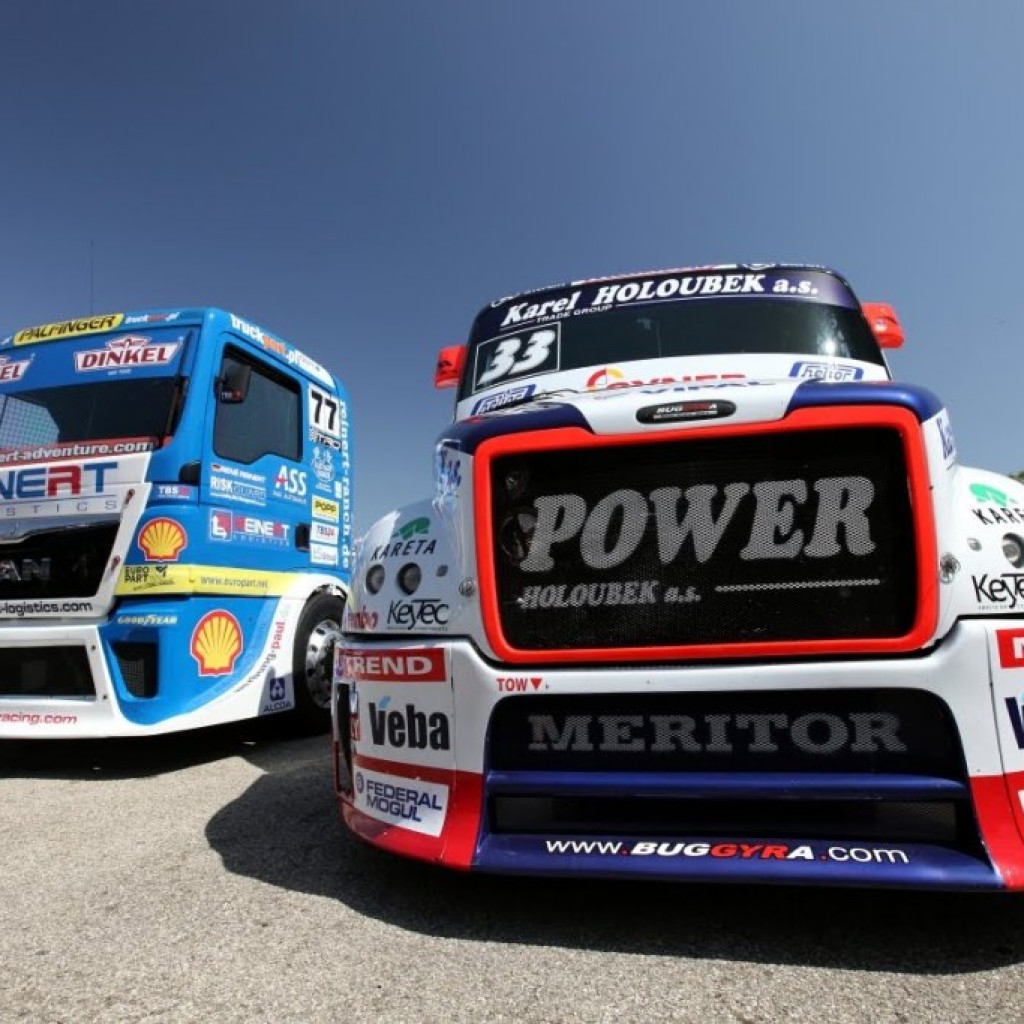 Last weekend concluded the first twin-round pairing in this year’s FIA European Truck Racing Championship. Two rounds on consecutive weekends — there’s three more of those to come. In any event, Spielberg and Misano are among the more sensible race tracks given the fact that only around 650 km separate the Red Bull Ring in Austria from the Misano World Circuit on Italy’s Adriatic coast. On the other hand it’s also about as far from Bavaria to Misano by road as it is from Spielberg, and so some of the teams from the south of Germany dropped by their home bases for repairs and mods on the trucks that would not have been possible otherwise. 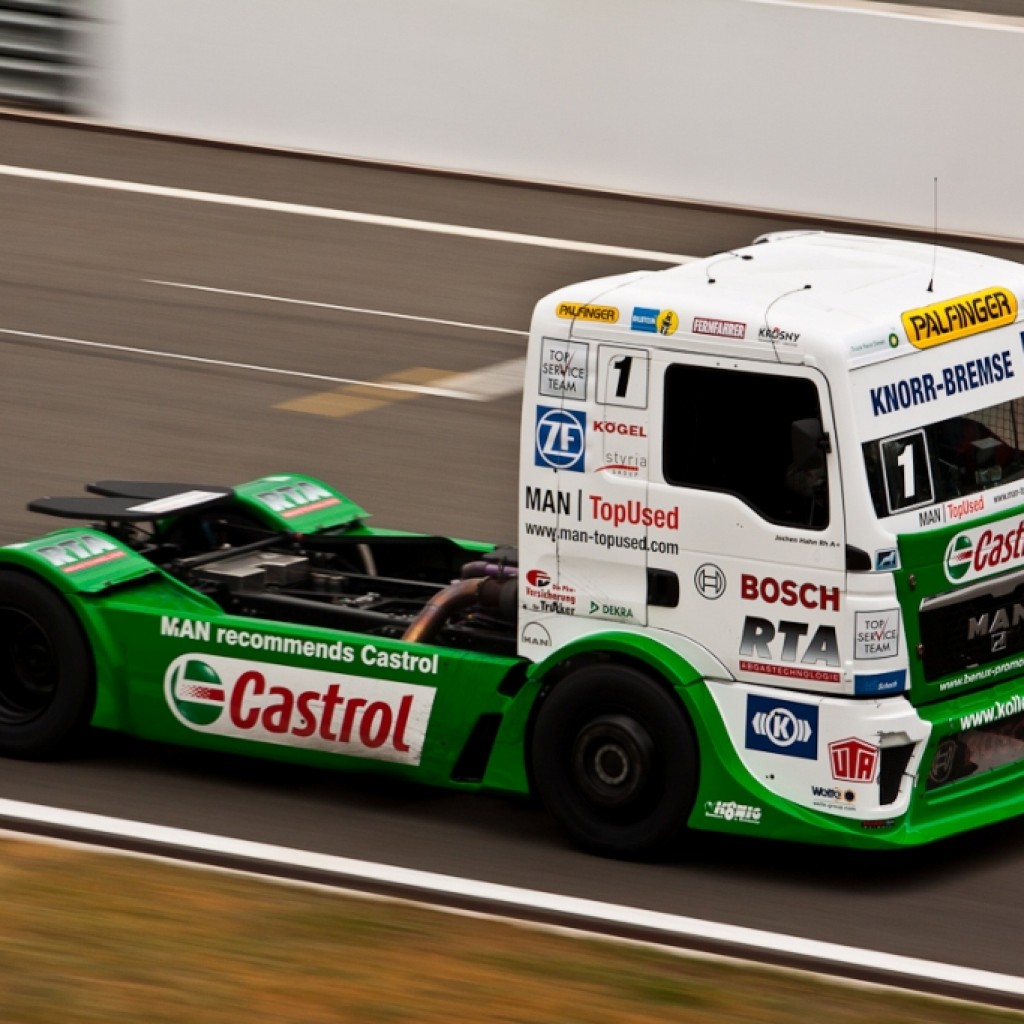 Of those that did, unlike the majority that made directly for Italy, none could have reckoned with the massive temperature swings in the Alps and, indeed, with roads that were closed off because of unseasonal snowfall at the end of May. The weather was everybody’s top concern.

This year it was the Red Bull Ring’s turn to host the superstars — the five-member Australian cult band AC/DC. They were only too happy to be watched, even if only on the gigantic stage they performed from. And more than 100,000 fans had had to dig deep into their pockets for the privilege.

The crowds that descended the Murtal and Spielberg were overwhelming; the town itself has only 5,300 inhabitants. 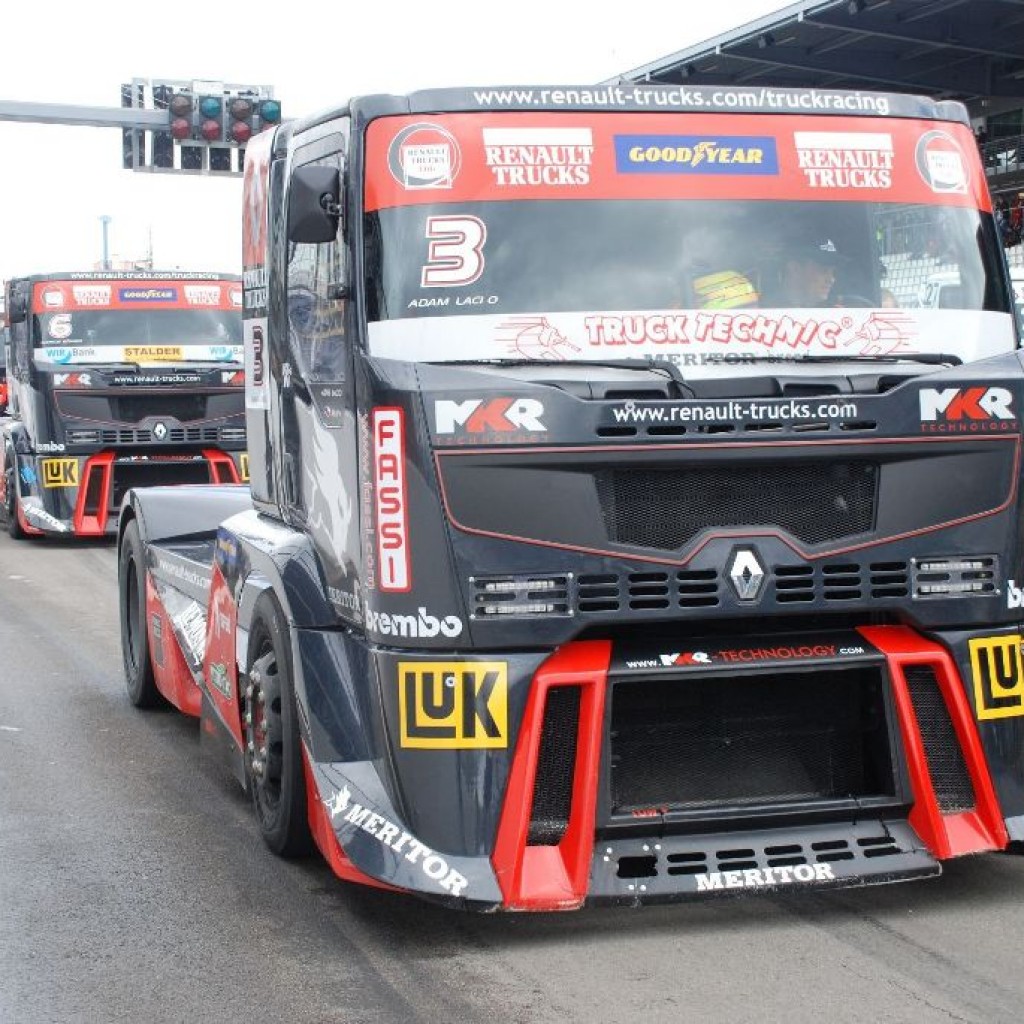 Twenty-five thousand truck race spectators in Spielberg and 35,000 in Misano might look like modest figures in comparison to 100,000 concertgoers, but the organisers of both events were very satisfied, perhaps considering the unpleasant weather that made for an unwelcome addition to the show. Their satisfaction, moreover, was not only with the racing but also with the strength of the industrial exhibitors, of which both Iveco and Mercedes-Benz were conspicuous at Misano. Truck racing in Misano often take place parallel to the Autopromotec trade show in Bologna. This is Italy’s meeting point for the logistics industry, at which several sponsors from the ETRC are represented. And they are always glad for the opportunity to make a sortie to the Misano World Circuit 120 km away. 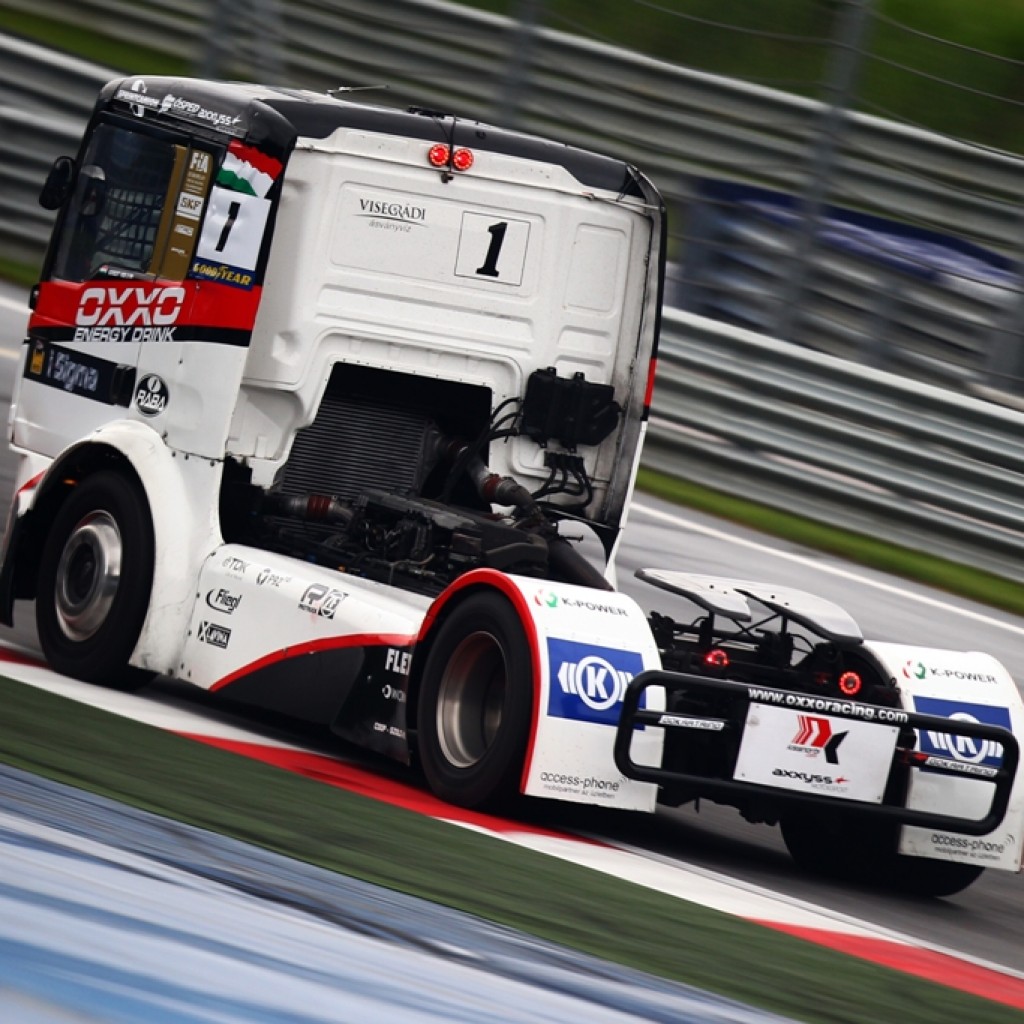 The heavy rains made rubber boots the best choice for getting around not only the infield and outfield, but also various parts of the circuit itself. Race control even discussed curtailing the action on the track. In fact, for a long while on Saturday, it would have been possible that there would be only one race, given the series of delays that had accumulated.

Cleaning-up after collision that landed Ellen Lohr’s MAN atop that of René Reinert at the end of second free practice was an inordinately lengthy process. Then, following qualification, the trucks were held in parc fermé for a long time.

And there also was a genuine milestone for the record-writers. From this season, there are as many points on offer for the top 10 finishers in each day’s second race as in the first race. In Spielberg, Hungarian Norbert Kiss became the first pilot to win 80 points on one race weekend. 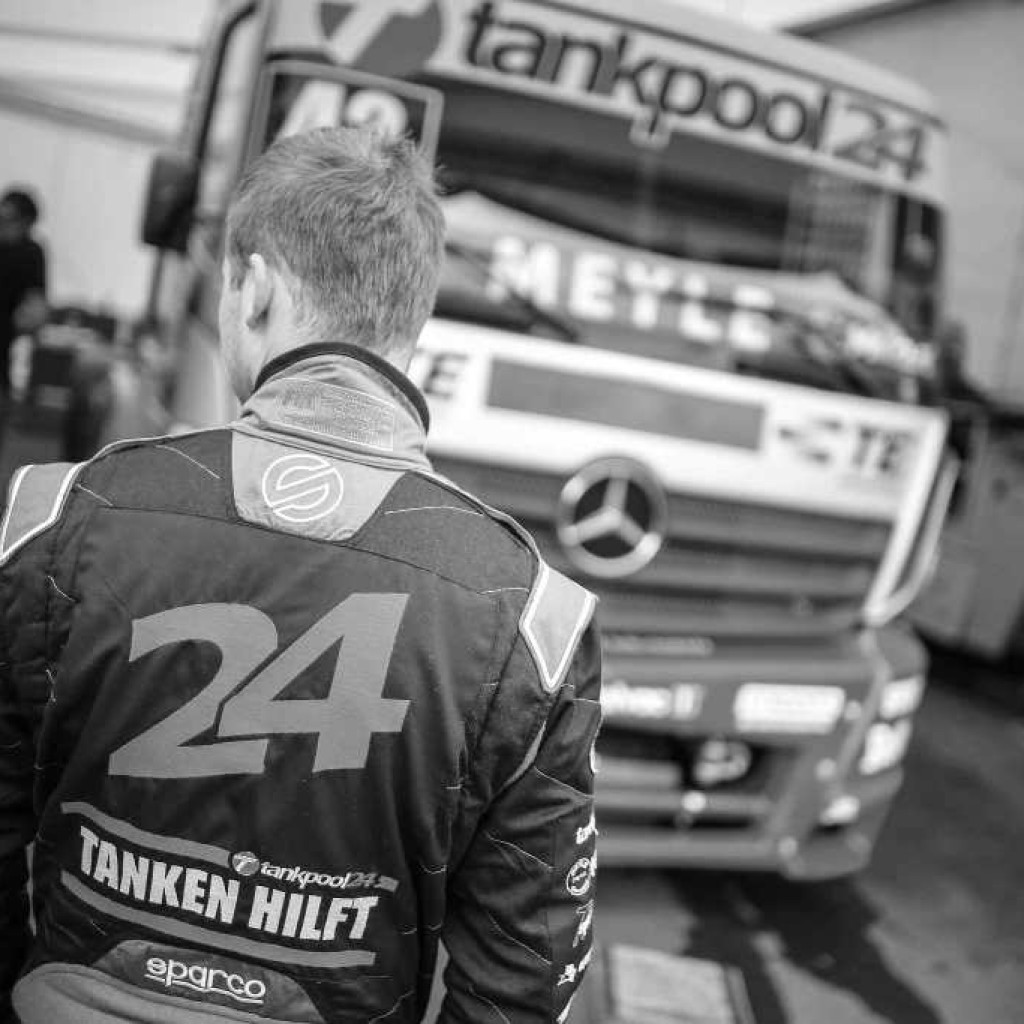