Can We Forget About Marquez for Now and Give Quartararo the Attention He Deserves?
Latest News

Can We Forget About Marquez for Now and Give Quartararo the Attention He Deserves? 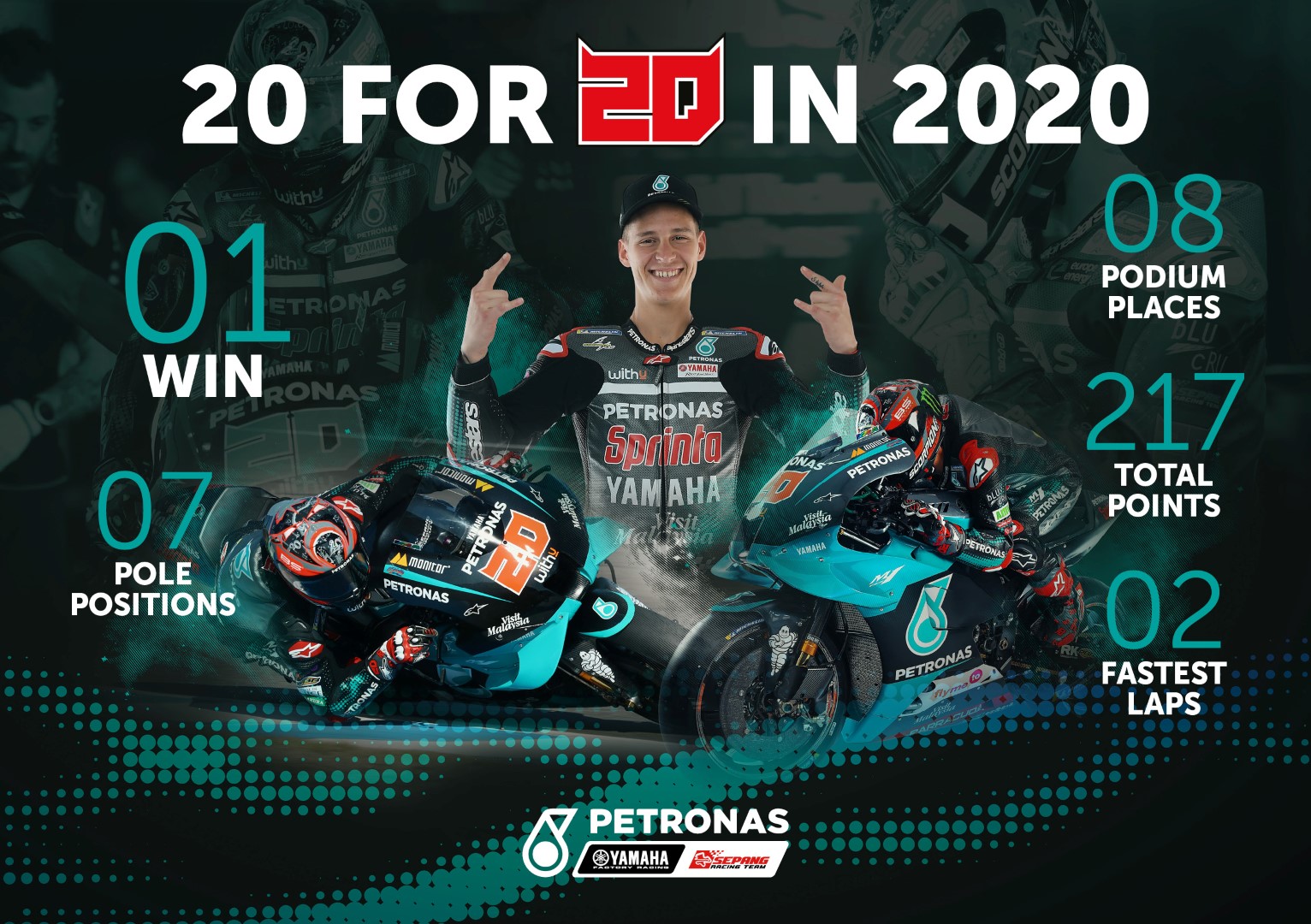 So, to commemorate his first ever MotoGP win which was a long time coming, let us take a look at the stats behind the rider’s 20 races in the premier class which clearly indicate that he could be the next big thing IF he can maintain the momentum.

Fabio Quartararo immediately became a force to be reckoned with upon his move to the MotoGP Championship, taking Rookie of the Year honours last year, and has racked up a remarkable list of stats. The paddock knew it was only a matter of time until he took his maiden victory…

Quartararo’s 20th race over the weekend was definitely one for the history books as he became the first French premier class winner since Regis Laconi at the 1999 Valencia GP, and became the first satellite Yamaha winner in the MotoGP era (the last being Garry McCoy at the 2000 Valencia GP). He is also the eighth youngest rider to win in the premier class at 21 years and 90 days.

His debut season last year, which was also the debut season for Petronas Yamaha SRT, saw him immediately impress at the first round in Qatar, setting the fastest lap around Losail International Circuit – an achievement that he repeated at Le Mans, his home grand prix.

Fabio also became the youngest ever MotoGP pole sitter in Jerez, in what was an historic day for the team, with Franco Morbidelli joining him on the front row of the grid after qualifying second.

After racking up six pole positions, seven podium finishes (five of which saw him on the second step) and breaking 4 lap records (Jerez, Assen, Buriram and Sepang), it was no surprise that he became 2019 Rookie of the Year in Japan with three races still to go and helped Petronas Yamaha SRT take the Independent Teams Championship in just their first year in the category.

The enforced break from racing meant that Fabio had to wait until last weekend in Jerez to take part in just his 20th MotoGP race, where he showed that being away from his Yamaha YZR-M1 for over four months has only sharpened his drive.

Over the course of the weekend Quartararo broke the lap record (which he himself had set the year before) twice on his way to taking his seventh pole position and ultimately his first MotoGP win. It was his eighth podium and boosted his accumulated points total across the 20 races to 217.

Fabio currently sits at the top of the MotoGP World Championship standings after his victory on Sunday.

Yes, we know that it has only been one race and that there is still a long way to go, but this was not an overnight success for Quartararo or the Petronas Yamaha SRT team.

Since the formation of the team, they have been there constantly, fighting in the forefront while trying to find the rhythm. And finally, all the efforts have started bearing fruit.

The million dollar question now is whether the boys at Petronas can keep the momentum going. Let us wait and see how the rest of the season unfolds.