BMW iX, i4 Will Come With New iDrive System 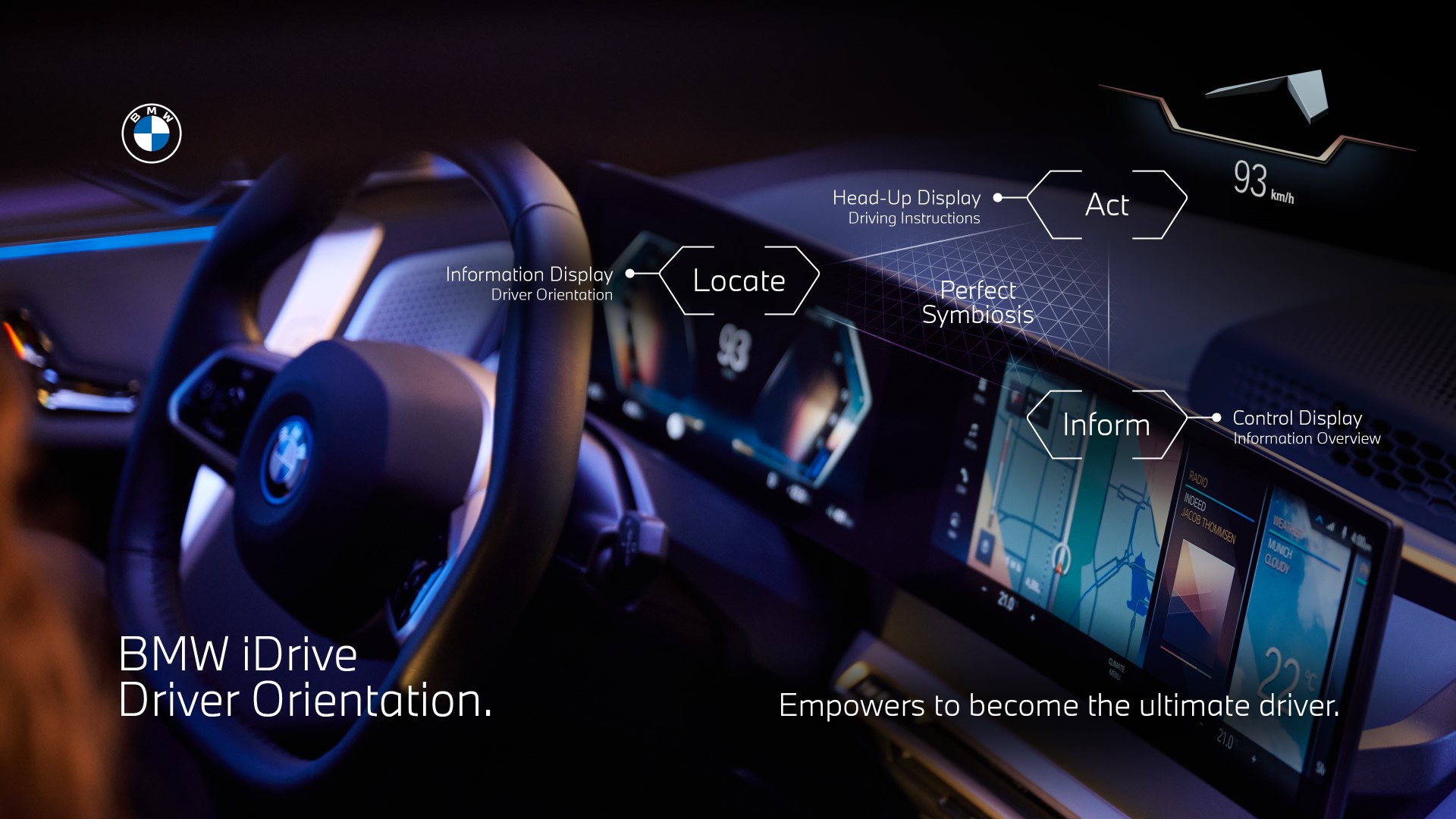 BMW has unveiled a new and improved version of the BMW iDrive system which now takes the interaction between driver and vehicle to another level.

Underpinning the unique user experience is the new BMW Operating System 8, a new generation of displays, controls and software, and extremely powerful connectivity and data processing.

The new iDrive will be rolled out gradually across all vehicle classes, making its debut later this year in the BMW iX before also featuring in the BMW i4.

The most distinctive new addition to the physical components on board is the BMW Curved Display, which groups together the information display and control display.

This curving screen offers a futuristic interpretation of the traditional driver orientation in the cockpit design of BMW models. The BMW Curved Display is angled clearly towards the driver to good ergonomic effect, making the intuitive touch control even more straightforward.

In this new BMW Curved Display, the screen areas of the 12.3-inch information display and 14.9-inch control display merge together into a single unit.

The number of buttons and switches has been reduced by almost half. At the same time, control clusters for relevant and frequently used basic functions are retained where customers expect to find them.

The control panels on the centre console and instrument panel have an all-new, strikingly clear and minimalist design. The familiar iDrive Controller is the central control element on the centre console. The Touch Controller, designed in an extremely smart glass-effect finish for the BMW iX, is encircled by a bezel painted in Gold Bronze.

At the same time, the user interface has been optimised to present the right amount of information at all times in a simple and easy-to-understand way.

The extensive individualisation options available for the screens in the display area behind the steering wheel can be selected extremely quickly and easily via the function keys on the steering wheel. The two-axis operating system enables user-friendly vertical list navigation with the rotating key, as well as toggling between menus by tilting horizontally.

The driver can switch between three layout types and various different widgets according to personal preference or the driving situation at hand – by thumb control and in just a few operating steps. The three modes are Drive, Gallery, and Focus.

The BMW Intelligent Personal Assistant will also learn new functions and new forms of expression as the ongoing development of BMW iDrive continues. These new features are regularly imported into the vehicle by means of Remote Software Upgrade.

When using the new BMW iDrive, customers benefit from increasing personalisation of the user experience based on the BMW ID. When the BMW ID has been loaded, the driver will receive a personal greeting which will include the customised profile image that can be uploaded in the My BMW App.

Once the driver moves to within one-and-a-half metres, the vehicle unlocks no matter whether they are carrying their UWB key or a smartphone with BMW Digital Key Plus.

The new BMW iDrive system will be launched with these Efficient, Sport and Personal Modes. Further modes will be added as part of the ongoing development of BMW iDrive in the future.

This will also include modes that do not revolve primarily around the driver or the task of driving. Additional functions will be integrated into the modes and the options for configuring functions extended. These enhancements will be imported into vehicles via over-the-air updates.

With the arrival of the new BMW Operating System 8, the digital services for navigation, parking and charging are fully integrated into the cloud-based BMW Maps system in a user-friendly way. The intelligent functions of BMW Maps are also being expanded further.

That being said, the new-generation BMW iDrive offers new opportunities for seamlessly incorporating customers’ habits and preferences into the operating system. The system’s higher degree of flexibility will additionally make in-car use of third-party apps even simpler and more convenient in future.

The BMW Operating System 8 again also ensures full integration of Apple CarPlay and Android Auto, while the new BMW iDrive will also enable extensive integration of the Alibaba and Tencent services for customers in China.