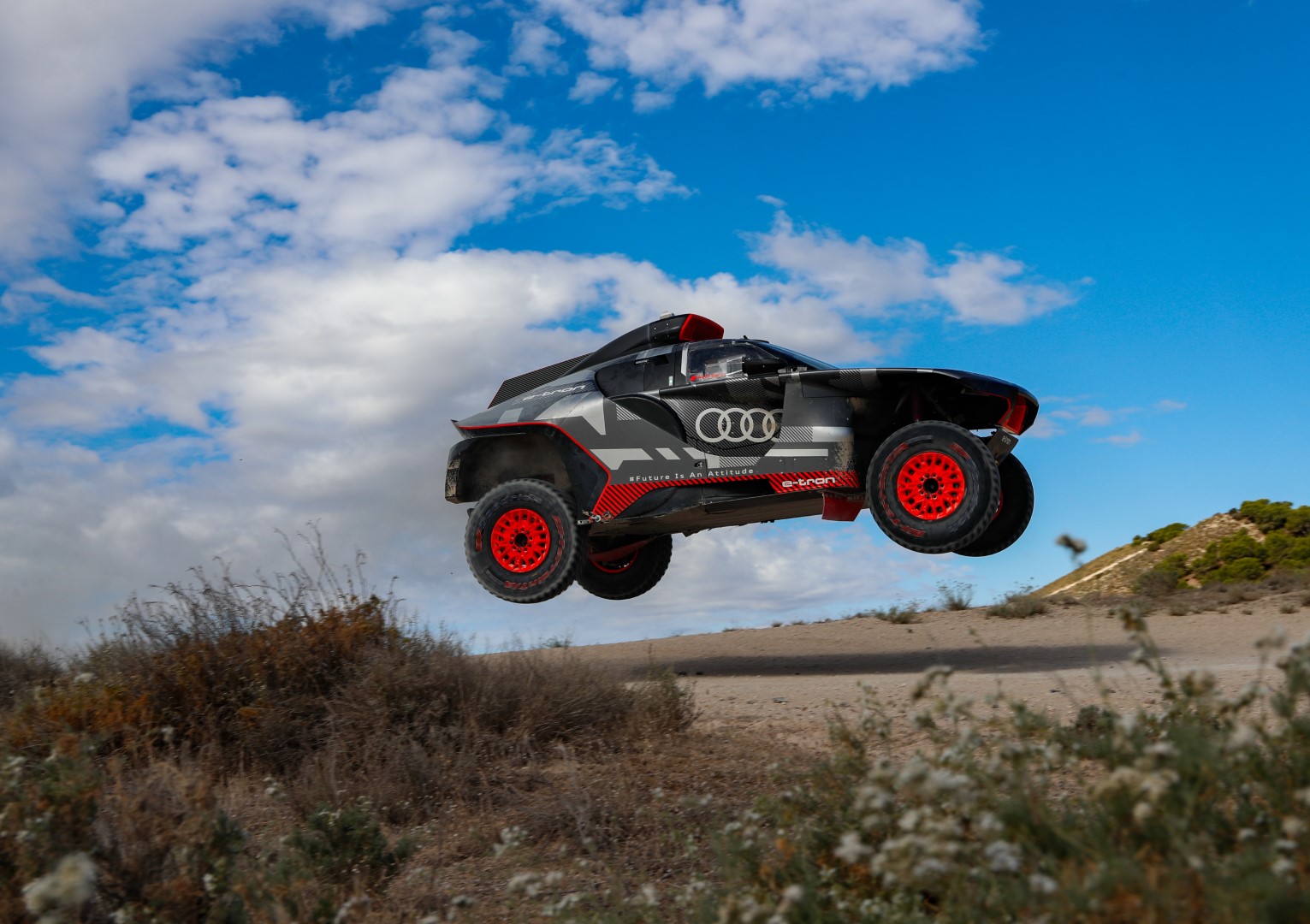 On the way to its debut at the Dakar Rally in January 2022, the test was important for team of Audi Sport to ensure that the RS Q e-tron is in good shape to take on the unforgiving Dakar Rally.

The roll-out in Neuburg an der Donau on June 30 was an initial functional check for the innovative rally car.

A test in the area of Magdeburg in mid-July was focused on gathering initial experiences on unpaved ground. Now the first test in realistic conditions followed at a test area near the Spanish city of Zaragoza.

All three of Audi Sport’s driver teams took part in the test in Aragon. Dakar record winner Stéphane Peterhansel and his co-driver Edouard Boulanger drove the first stint from Friday to Sunday.

Mattias Ekström and Emil Bergkvist took over the Audi RS Q e-tron on Monday for the next two test days. Carlos Sainz and Lucas Cruz concluded the intensive trials from Wednesday to Friday.

The three driver teams were obviously impressed with the handling and reliability of the futuristic SUV on the fast gravel sections.

“For a first test in proper conditions for the car I’m really happy how the car behaves already,” said Carlos Sainz on behalf of his fellow drivers.

“I had a really good feeling straight away. Of course, there is fine-tuning to be done – but the starting point is good.”

On the 17 km long gravel sections, the Audi RS Q e-tron achieved a top speed of 180 km/h. In addition, temperatures of up to 34 degrees centigrade in the shade marked an initial litmus test for the cooling concept of the complex vehicle.

“This test was focused on getting in as much driving as possible and detecting weak spots,” development engineer Arnau Niubó Bosch said after more than 1,000 test miles in extremely harsh conditions. “The next test in September will take us into the dunes for the first time.”

The Audi RS Q e-tron uses an all-electric powertrain with two motor-generator units (MGU) from Formula E. The high-voltage battery that has been newly developed by Audi Sport is recharged while driving via an energy converter consisting of the efficient TFSI engine from the DTM and another MGU.