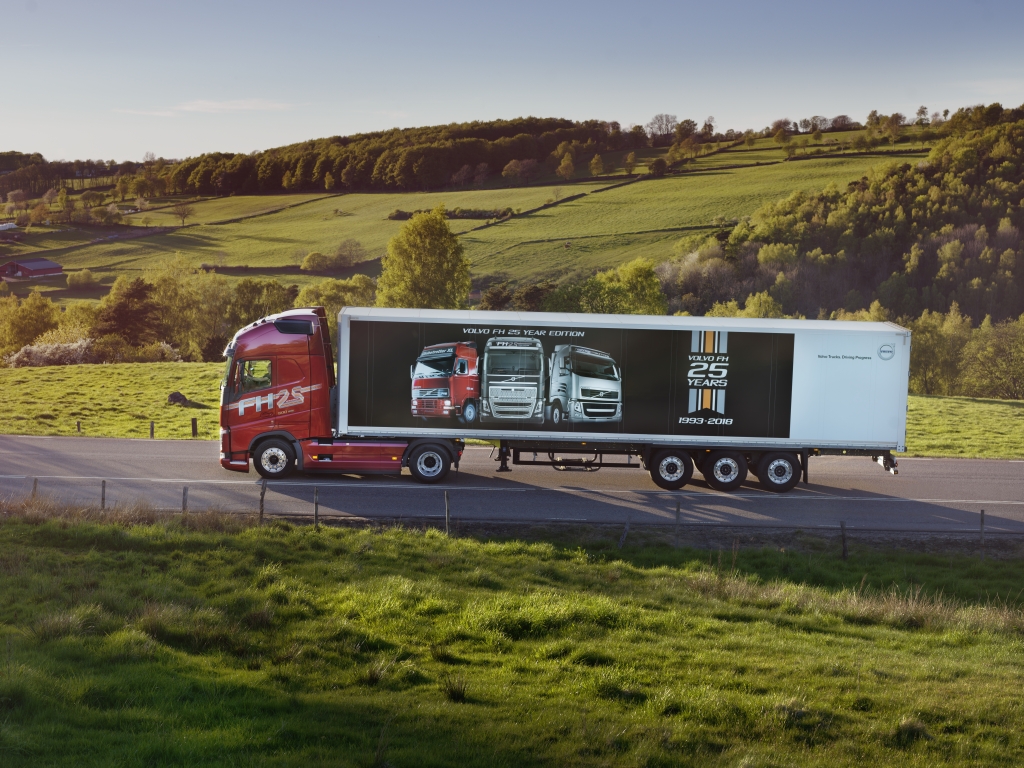 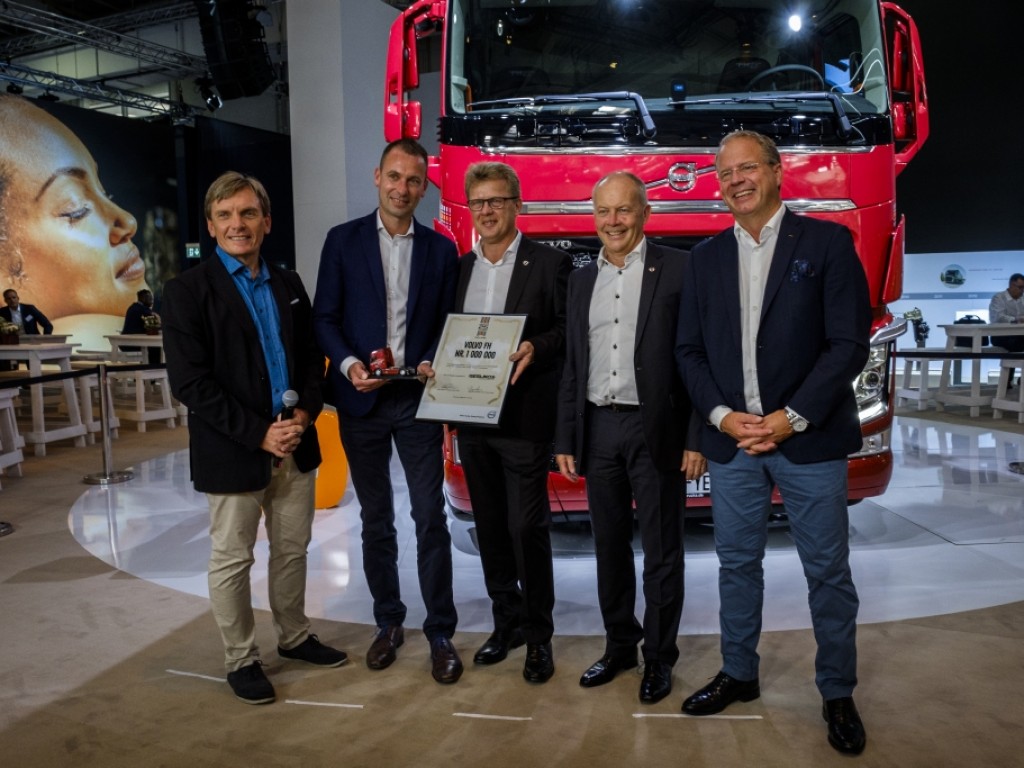 Volvo Trucks’ flagship, the Volvo FH, celebrates its 25th anniversary this year and is one of the transport industry’s greatest successes ever.

Now this celebrated truck model has passed a new exciting milestone. Last month, the millionth produced Volvo FH was handed over to a proud customer at the IAA fair in Hannover, Germany by Claes Nilsson, President Volvo Trucks. 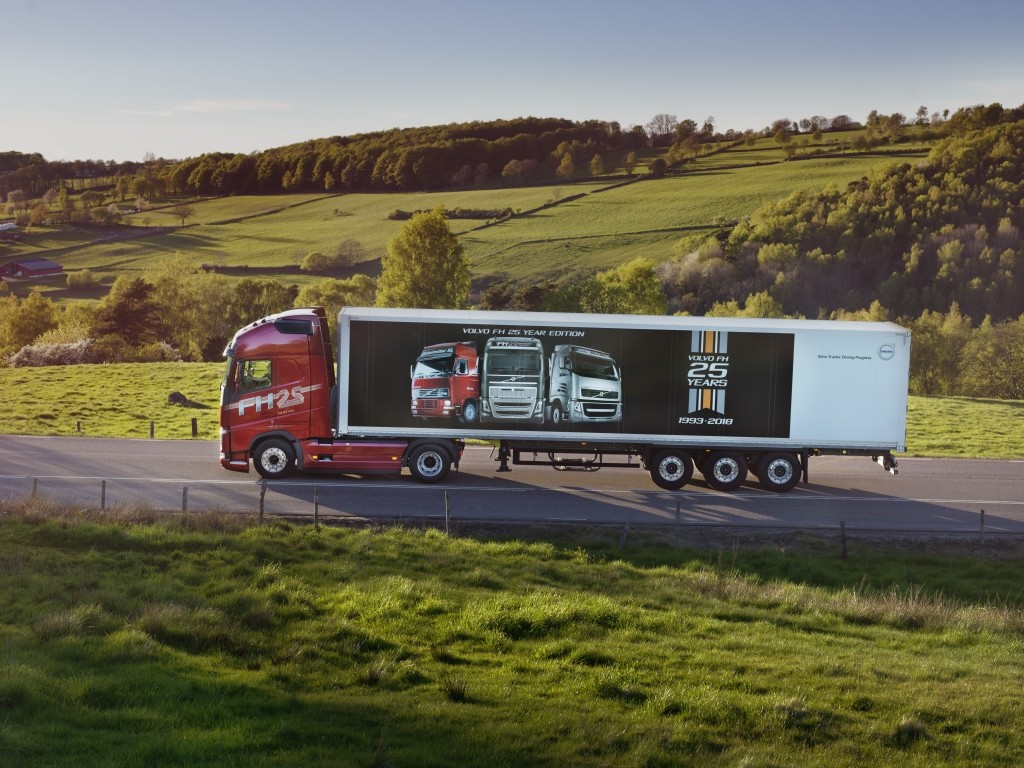 “We have driven Volvo trucks since 1976, and there has been a continuous development of the Volvo FH. We realized from the start that we had chosen a brand with the future in focus. We were not only convinced by the profitability focus of the Volvo FH through a high-performing gearbox and engine systems, but also the driver handling and safety impressed us.  It is a brilliant achievement by the engineers behind it.” says Marco Reinhard, owner and CEO of Gesuko, a refrigerated transport company based in Bad Hersfeld, 200 km from Hannover. 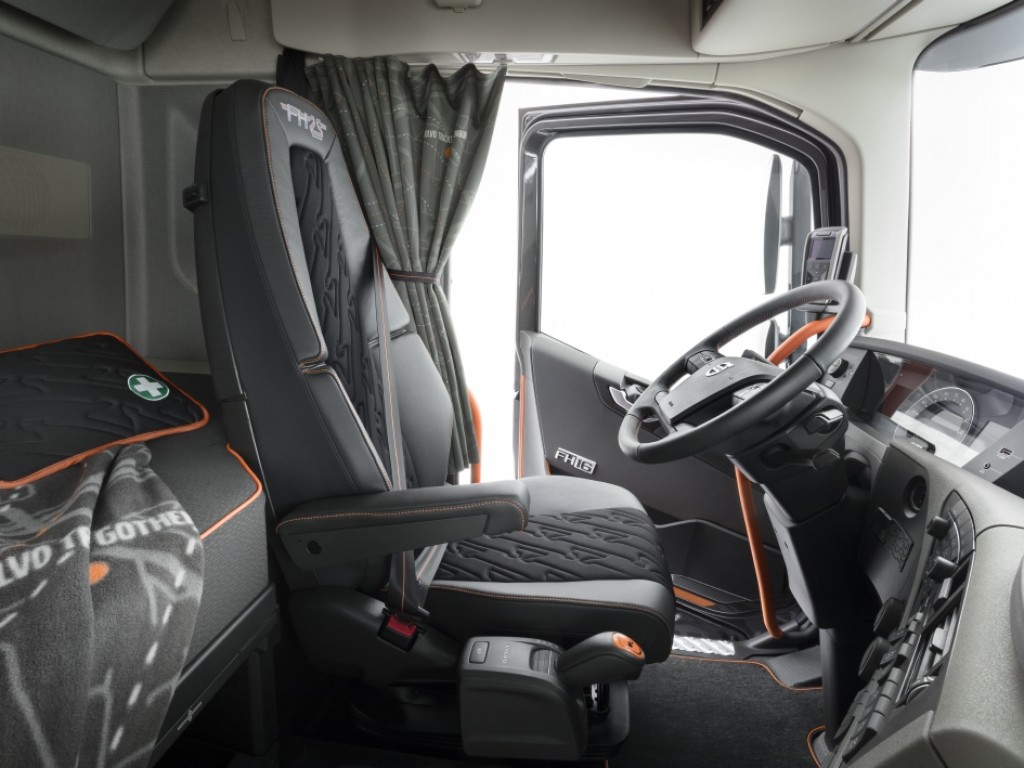 “With the Volvo FH, we have repeatedly expanded the limits of what can be achieved and created new possibilities for profitable, efficient, safer transport with ever lower environmental impact. Delivering the millionth Volvo FH to a loyal customer who has been with us for 25 years is a fantastic milestone on a fantastic journey,” says Claes Nilsson, President Volvo Trucks.