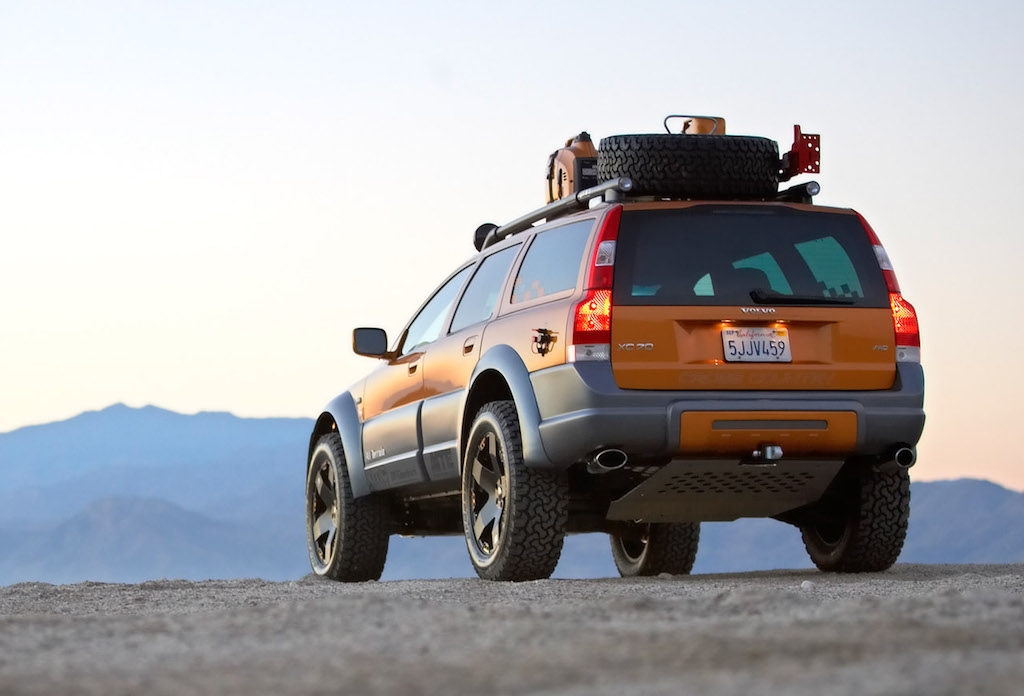 Based on the production version 2005 Volvo XC70, this highly modified one-off concept vehicle features an array of performance and off-road upgrades and was inspired by the legendary Baja 1000 Mexican desert race. And like its racing brethren, the XC70 AT is harnessed with a lot of horsepower under its hood. 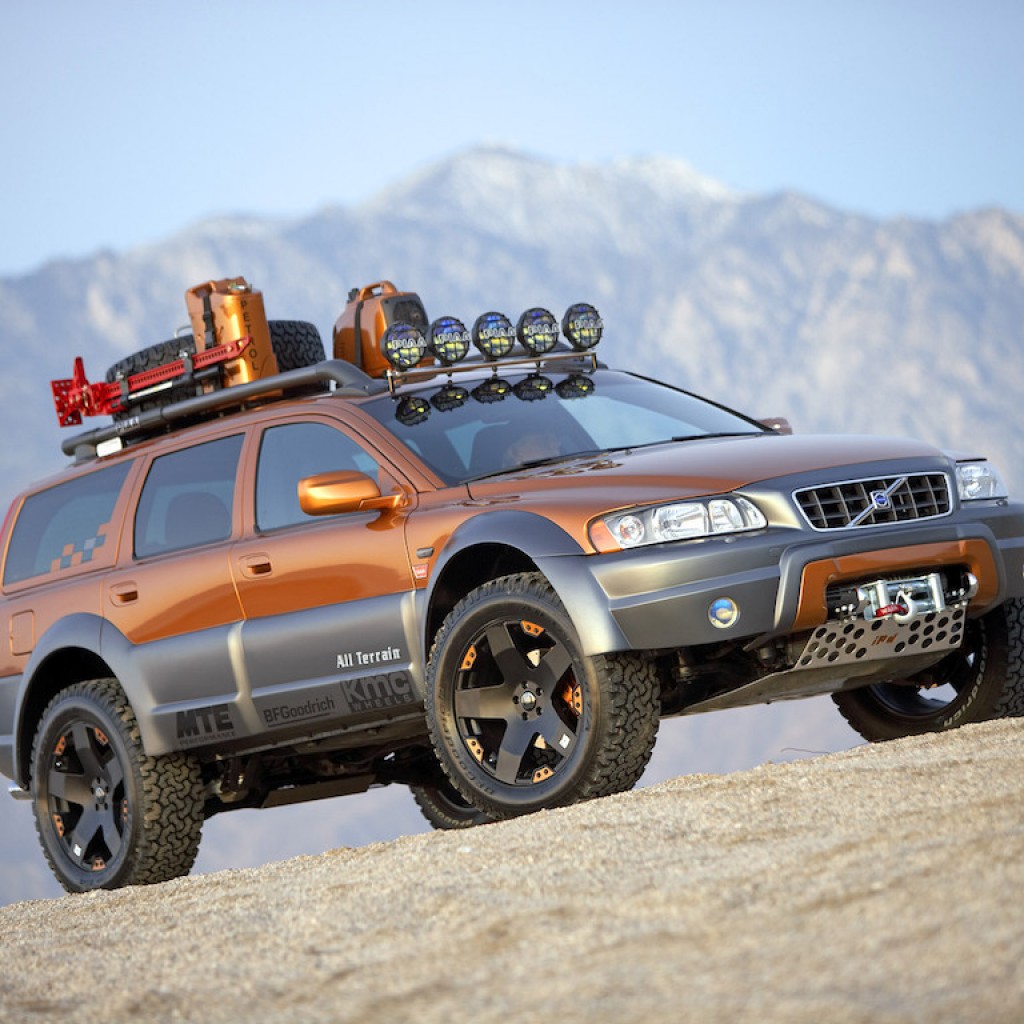 The XC70 AT features a 2.5-liter inline 5-cylinder engine that is normally found in the V70 R sport wagon. But where the V70 R makes an impressive 300 horsepower, the XC70 AT, with its Garrett GT2835R turbocharger and ipd/MTE Stage III software upgrade makes 408 horsepower at 6,200 rpm. Keeping the hot-blooded engine cool is an Aquamist in-cylinder intercooling system and an extra large top-mounted intercooler. Low restriction 3-inch stainless steel exhaust pipes emit a husky sound that would be more familiar coming from a Volvo XC90 V8.

Producing an amazing 398 lb-ft of torque at a low 4,000 rpm, the XC70 AT uses the same 6-speed automatic transmission that is standard in the XC90 V8 and the 2006 V70 R. Making sure all four wheels get the most of the broad torque curve is Volvo’s legendary fully automatic all-wheel-drive system by Haldex. If any tire slips more than one-seventh of a rotation, Haldex automatically applies torque to the tires with the most traction. 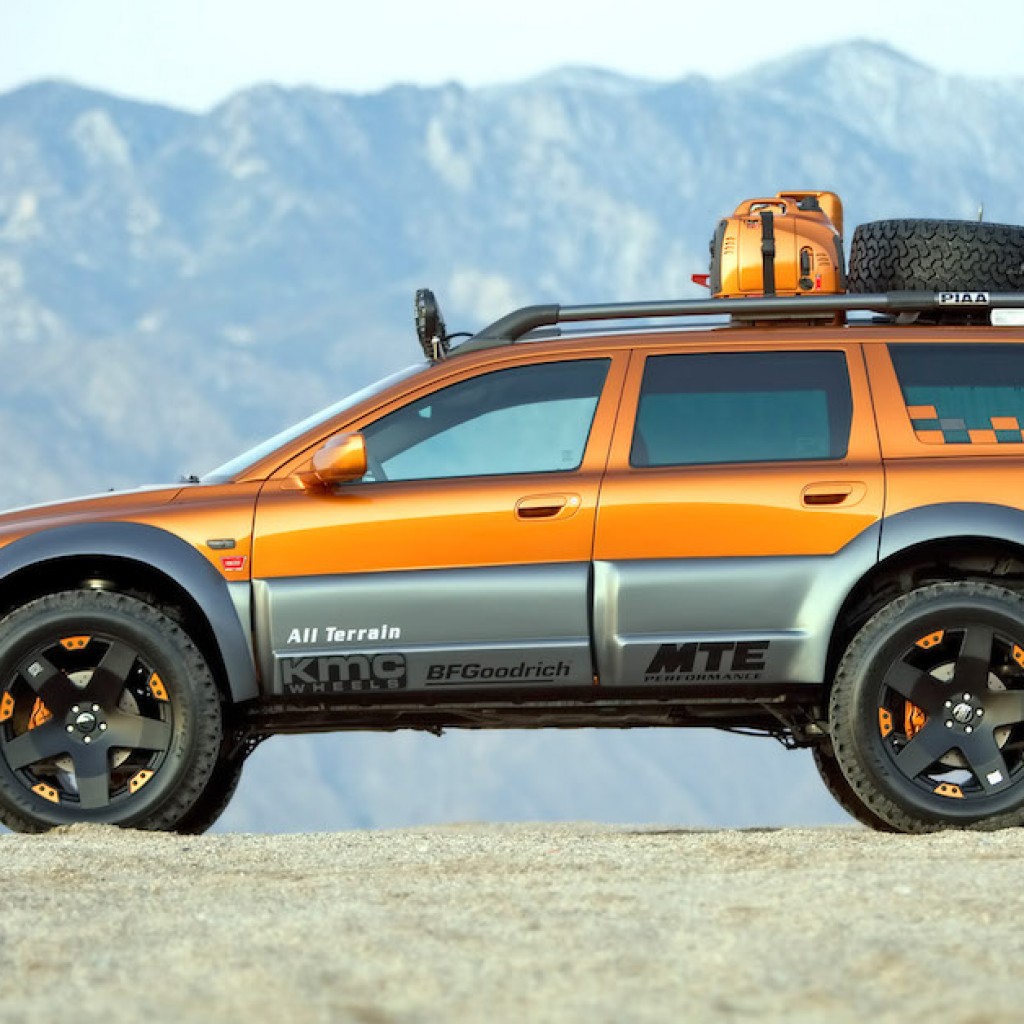 Even with all this power and torque, every desert racer has to stop sometime. Thankfully the XC70 AT is fitted with the appropriate equipment. The fully functioning ABS features huge 13-inch cross-drilled Brembo rotors, each with 4-piston calipers. Aggressive 20×10-inch KMC XD wheels and 285/50-20 BF Goodrich All Terrain tires chew through almost anything and add to the XC70 AT’s intimidating stance. 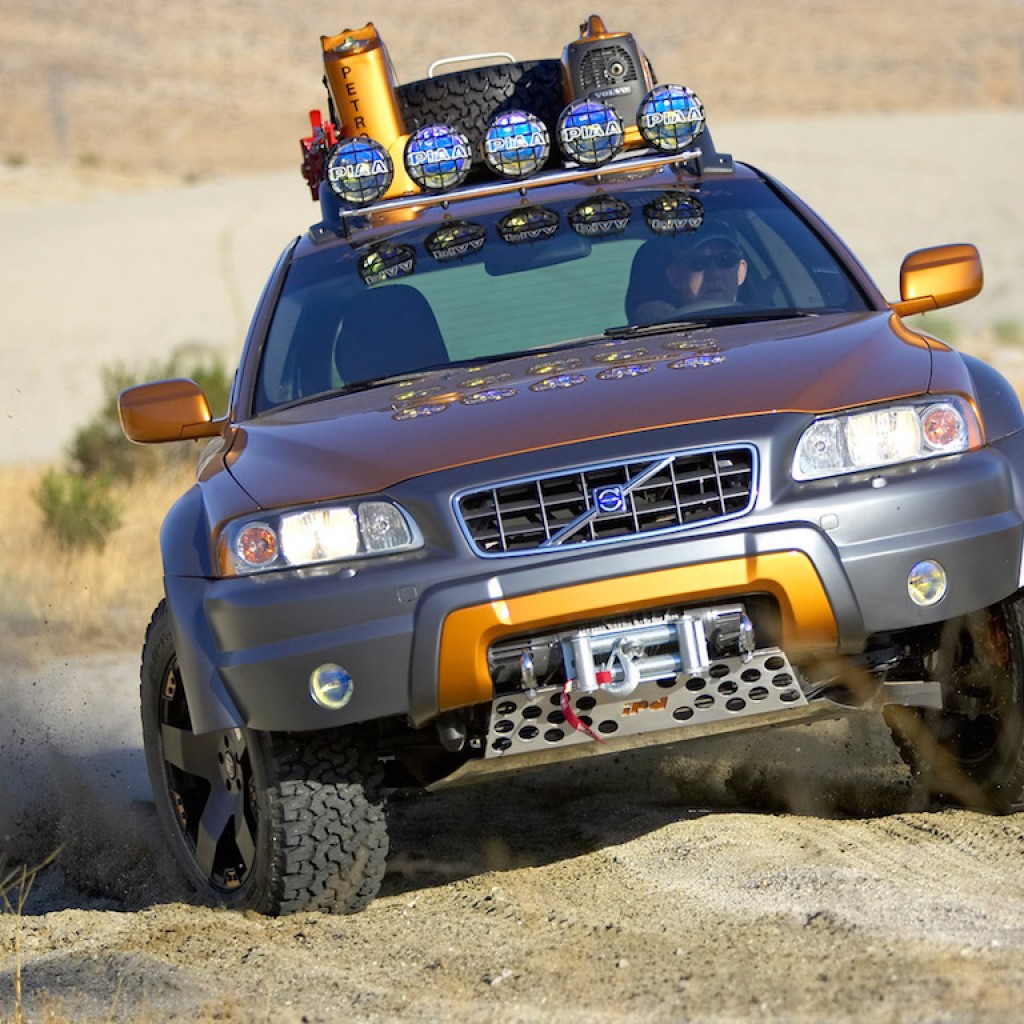