Volkswagen to product the Camper van 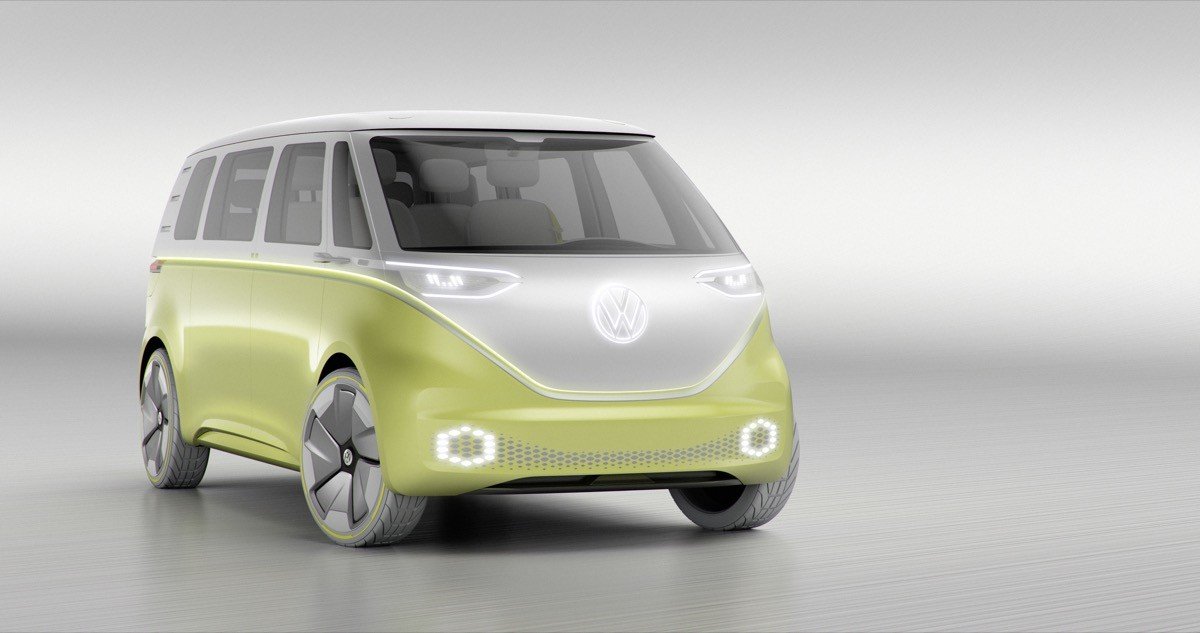 The Chairmen of the Board of Management of the Volkswagen and Volkswagen Commercial Vehicles brands, Dr Herbert Diess and Dr Eckhard Scholz, announced their production decision today at the Concours d’Elegance in Pebble Beach, California, a unique show for both extraordinary historic cars and new concept vehicles. “Just the right place for the I.D. BUZZ,” explains Diess. “The vehicle is an important pillar in Volkswagen’s electric drive initiative and carries the Microbus driving feeling into the future.”

Within the framework of its further development activities, Volkswagen has also set a launch date for the I.D. BUZZ, which will arrive at dealerships after the compact four-door I.D. model in 2022. Volkswagen is mainly targeting the markets in North America, Europe and China with both the I.D. BUZZ and the I.D. family overall. 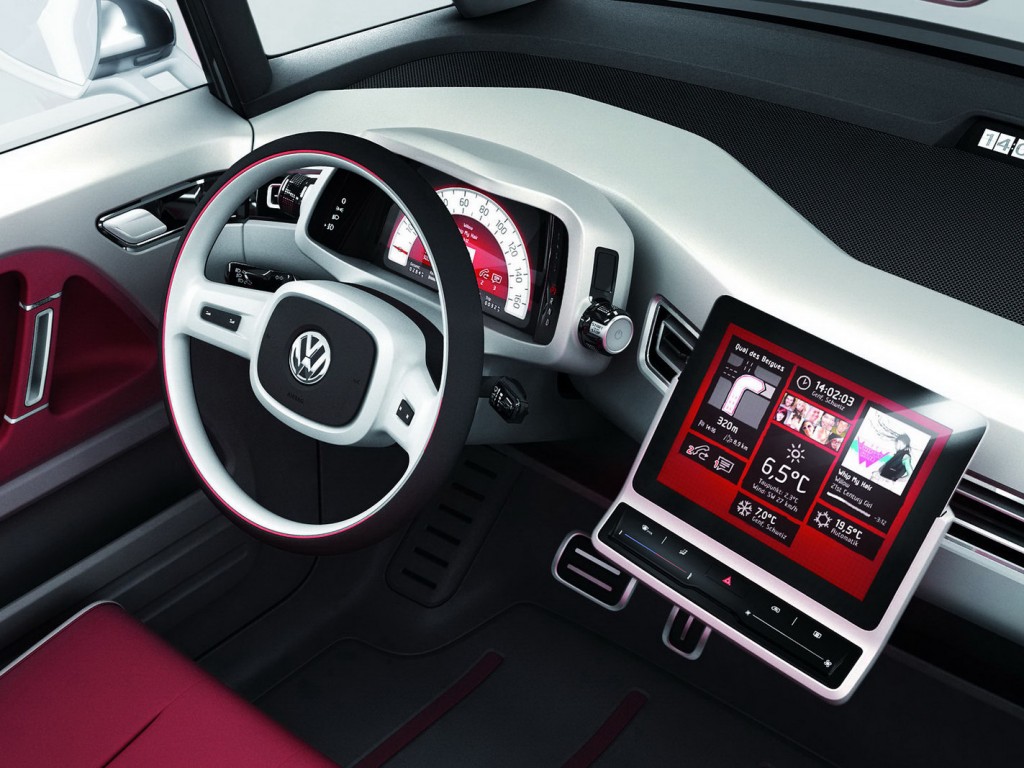 “After the presentations at the global motor shows in Detroit and Geneva, we received a large number of letters and emails from customers who said, ‘please build this car’”, Volkswagen CEO Dr Herbert Diess reported in Pebble Beach. It’s also no coincidence that the Board of Management chose Pebble Beach as the location to make its announcement, as Diess explained: “The Microbus, which is what the Bulli is called in America, has always been part of the California lifestyle. Now we’re bringing it back by developing Volkswagen’s next e-generation and by reinventing the Bulli as an electric vehicle.”

As was the case with the “Show Car of the Year” in Detroit, the production model will also have its batteries mounted in the vehicle floor. The electric drive doesn’t take up much space, which means the front and rear axles can be mounted very far apart from one another. This results in a long wheelbase and short overhangs, which makes for more space in the interior. “The vehicle therefore looks like a short compact van on the outside, even as it offers the generous interior space of a large van”, Diess explained. The result is a superior package that offers both the driver and passengers plenty of room for a comfortable journey. 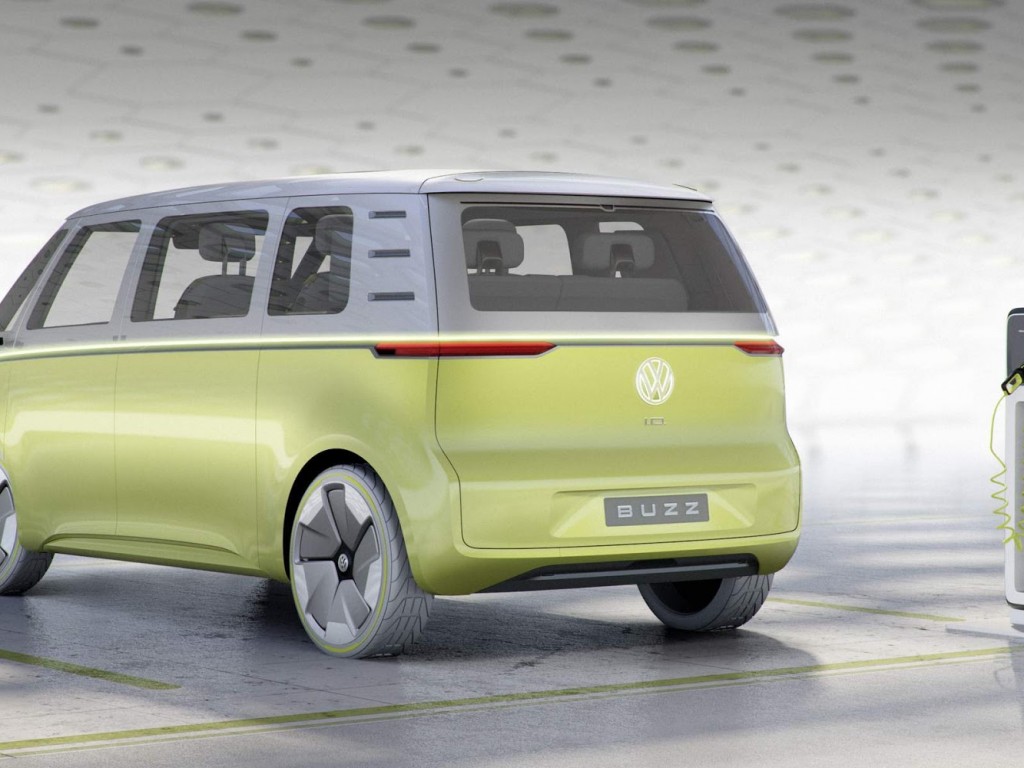 Those who wish to use the model to transport cargo will get what they need as well: “Along with a minibus version, we’ll also be offering an I.D. BUZZ Cargo variant for zero-emission delivery operations in a Level 3 vehicle that boasts a high degree of automated driving capability”, said Volkswagen Commercial Vehicles CEO Dr Eckhard Scholz. “It’s an ideal electric van concept, particularly for inner cities.”

Ben Pon, whose family are very successful importers of Volkswagen vehicles in the Netherlands, also expressed great interest in the I.D. BUZZ in California. It was Pon’s father who inspired the development of the first VW Bulli (T1) with a sketch he made more than 70 years ago.

Although Volkswagen’s oldest and newest, very evocatively designed MPV will be separated by more than seven decades when the new model is launched, the I.D. BUZZ has the original’s genes, as it offers maximum utilisation of space on the footprint of a midsize passenger car. 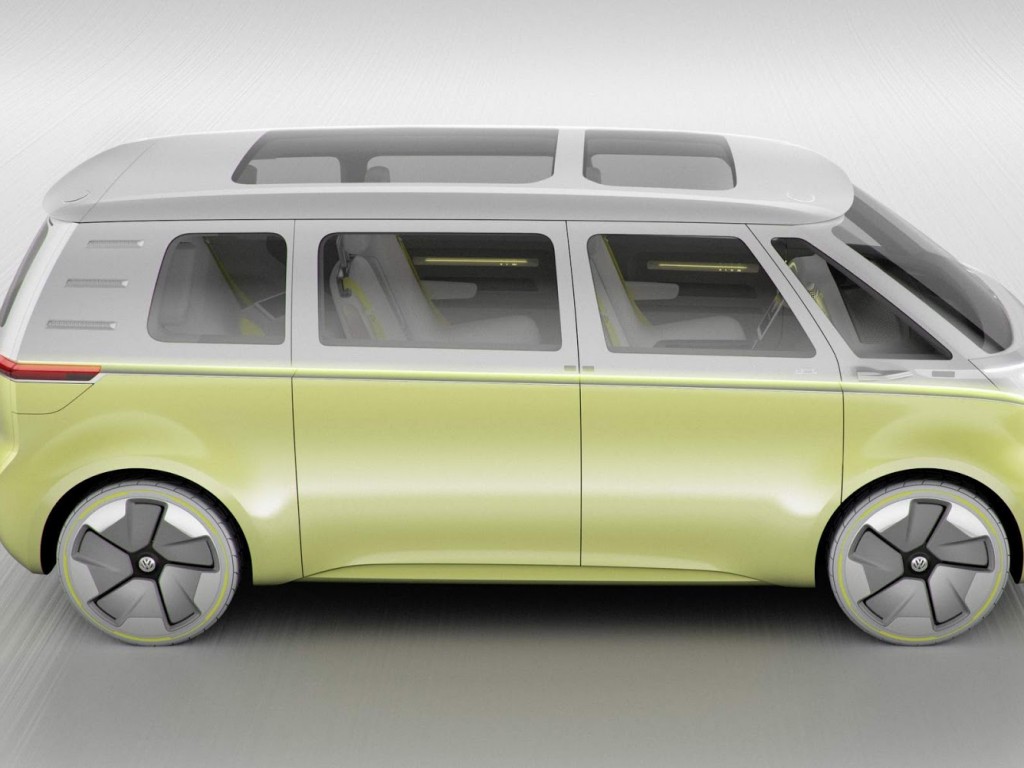 With a length of 4,942 mm, a width of 1,976 mm and a height of 1,963 mm, the concept car offers extraordinary space dimensions. The production version, which is based on the new all-electric architecture, will incorporate many design ideas from the concept car. It will also feature variable seating, interactive connectivity and highly automated driving. 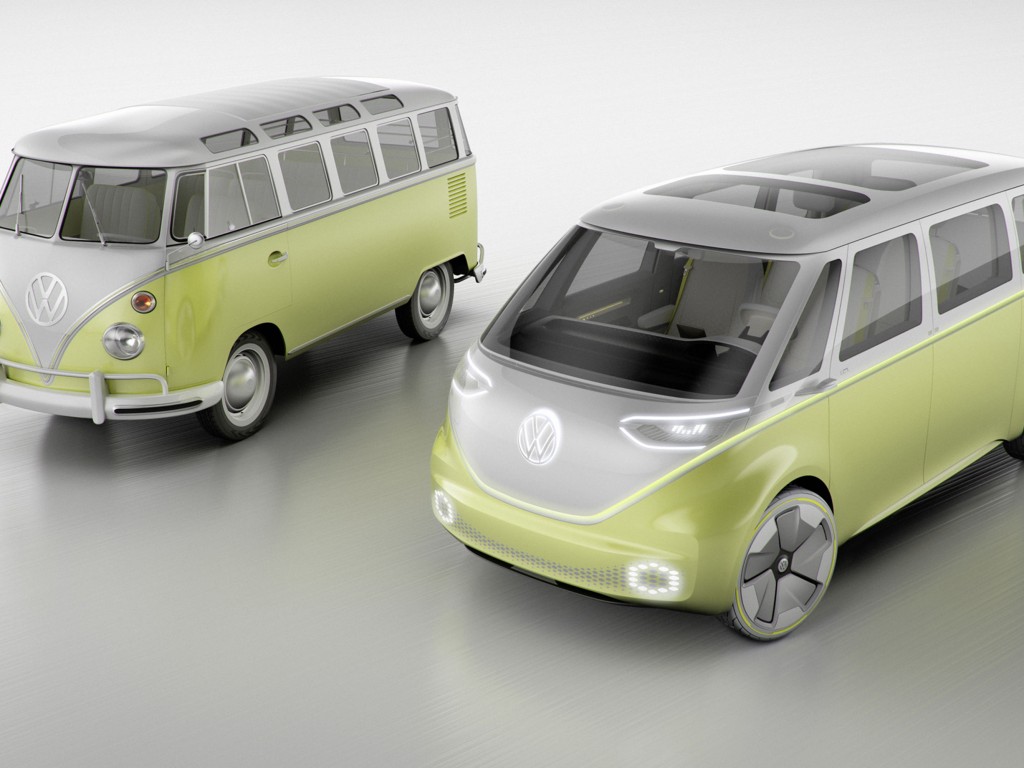 Expansion of the electric vehicle range is part of Volkswagen’s Strategy 2025, which foresees more than 30 all-electric models by that time.