The system, developed by vehicle technology firm Continental, takes a feature developed in motorsport and normally found in high-end performance cars, but adapts it to a commercial-vehicle specific application. The German company will be marketing the technology to truck manufacturers as a factory fit option.

The company has developed two types of head-up display. The first beams directly onto the windscreen and suits trucks with flat screens, while the second uses a transparent disc called a combiner in front of the windscreen, which is more suited to the contoured windscreens generally found in European trucks.

Although the head-up display’s initial appeal will be to assist drivers by enabling them to not take their eyes off the road, Continental believes the technology will play a significant part in the future of autonomous vehicles, not least in relaying information to a vehicle’s driver at times when the truck is operating automatically.

“We see the head-up display as an important element of future human-machine communication leading to greater safety in commercial vehicles,” said Dr Michael Ruf, Continental’s head of Commercial Vehicles and Aftermarket. “A future in which the driver receives advance information about driving manoeuvres planned by the vehicle during automated driving.”

The head-up display is part of a focus by Continental on trends in digitalisation for greater safety, efficiency, and interconnectivity, which will form a key part of the company’s 2016 Mobility Study. The study into current trends in the transport industry will be launched at the show. 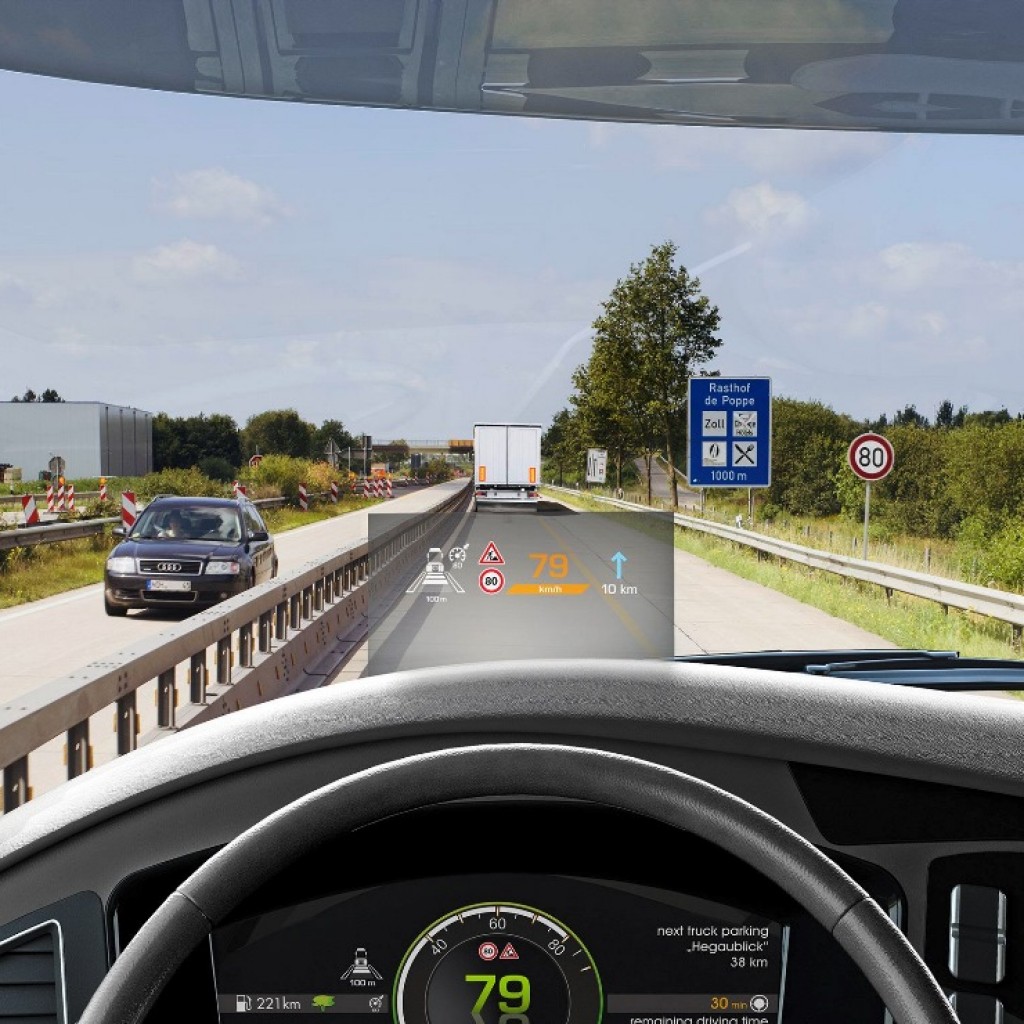