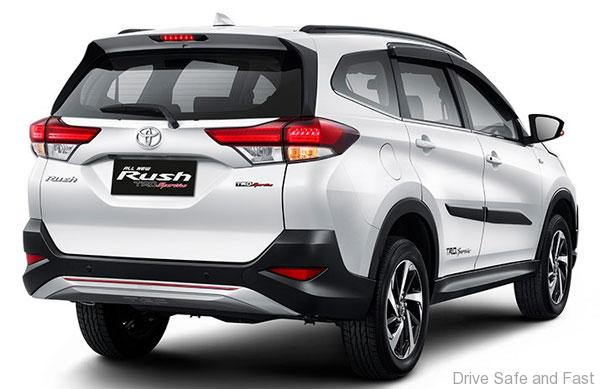 Remember the 7-seat Toyota RUSH which made a big splash at its launch but slowly took the back seat a year later. Now comes a brand new RUSH with a cabin that sports a two-tone dashboard and doors, along with silver highlights on the steering wheel and dash, and black fabric upholstery for the seats. While all variants of the Rush are expected to come with a digital display for the climate control. The top-specification RUSH TRD Sportivo trim will get automatic climate control. The cabin also has a centrally mounted 7-inch touchscreen display that doubles as a rear parking camera. This 7-seater SUV will be equipped with 6-airbags

This 2018 Toyota Rush is powered by a 1.5-litre, 4-cylinder petrol engine producing 104bhp and 140Nm of torque. The engine is mated to a 5-speed manual or 4-speed automatic gearbox which sends power to the rear wheels.