Toyota Mirai Covers 1,003km with a tank of Hydrogen 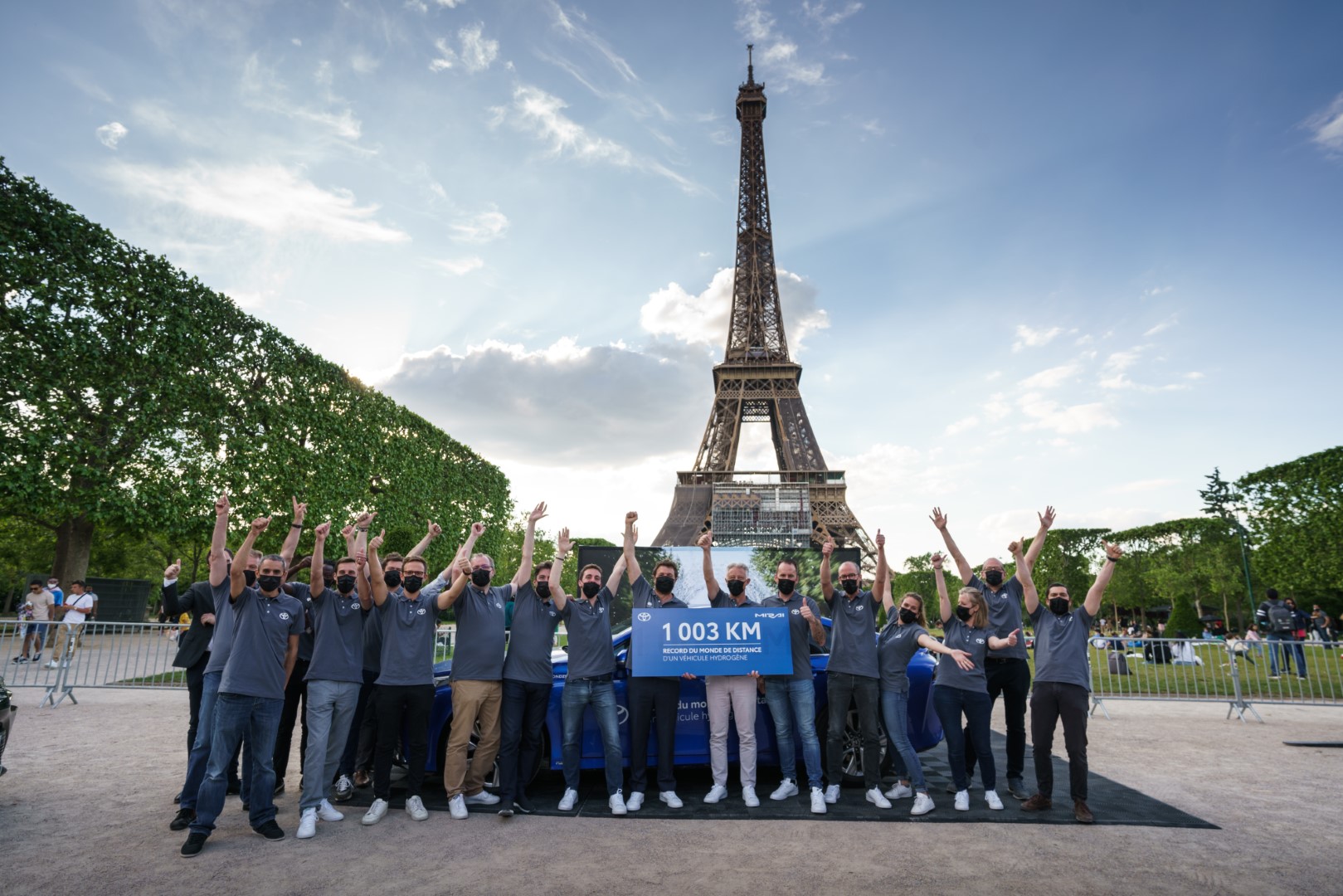 In an effort to demonstrate just how efficient Hydrogen Fuel Cell is, Toyota filled up the new Toyota Mirai fuel Cell electric car and sent it on a drive just to see how much distance it can cover.

Believe it or not, the Mirai covered more than 1,000 km, sending it straight into the Guinness World Book of Records for the most distance driven with one fill of hydrogen. The previous record was held by the Hyundai Nexo with a distance of 778 km.

The journey started on the 26th of May at 5:43 am from the Hysetcp hydrogen station in Orly, and finished after driving 1003 km on one single fill.

The 1003 zero-emission kilometres were driven on public roads in Paris and in the Loir-et-Cher and Indre-et-Loire areas, where the distance and the consumption were certified by an independent authority.

According to Toyota, Green hydrogen was used during the record attempt and the average fuel consumption was 0.55 kg/100km, with the Mirai being able to store 5.6 kg of hydrogen.

The new Mirai which is the second-generation fuel cell electric vehicle from Toyota, now offers more performance, a sleeker and more dynamic design, and new driving dynamics compared to the first-generation model.

In addition, the increased efficiency of the fuel cell system, together with higher hydrogen storage capacity and better aerodynamics, contribute to an increase of driving range to around 650 km under normal driving conditions, with less than 5 minutes refuelling time at a 700 bar refuelling station.

Built on Toyota’s modular GA-L platform, The 2020 Toyota Mirai’s fuel cell stack has moved from beneath the cabin to the front compartment, allowing for a more spacious, five-seat interior with improved legroom for rear seat passengers.

To achieve this 1003 km driving distance record, the drivers adopted an “eco-driving” style but no special techniques that could not be used by everyday drivers.

It is said that it took four drivers to complete the record attempt, including Victorien Erussard, the founder and captain of Energy Observer.

Energy Observer, for which Toyota is a partner, is the first boat equipped with a Toyota fuel cell, is energy autonomous, zero emission and stands as a communication tool and as a research laboratory towards the energy transition.