The G-Wagen, still rules for many reasons
Interview Launch

The G-Wagen, still rules for many reasons 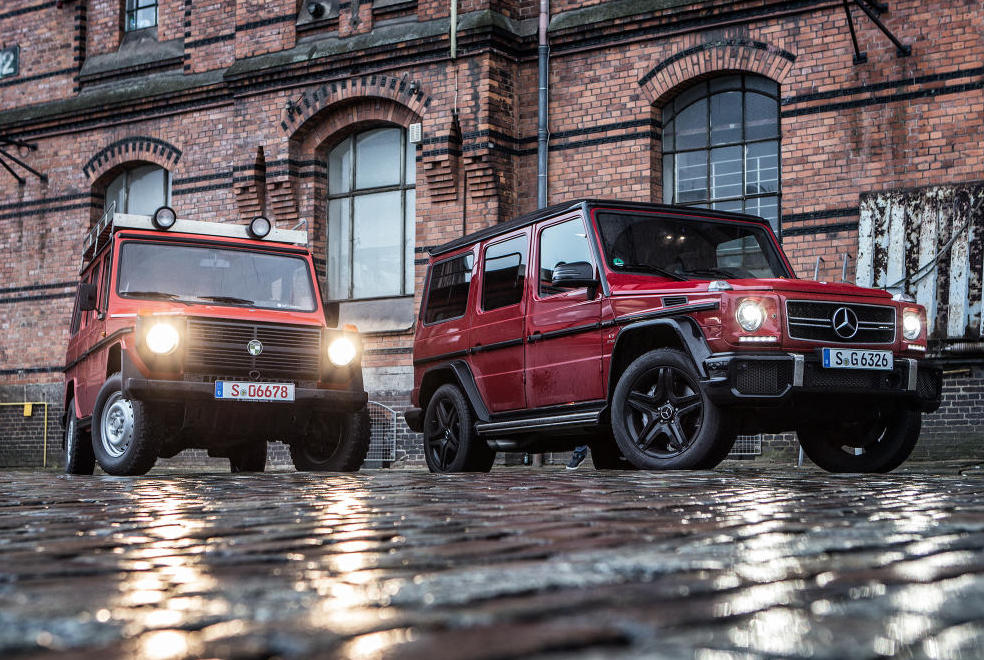 The Mercedes Benz G Class or the G-Wagen (short for Geländewagen which means “cross-country vehicle”) was developed with an intention of possessing unparalleled off-roading abilities while offering the best possible occupant safety and comfort. A cooperative agreement between Daimler-Benz and Steyr-Daimler-Puch in Graz, Austria was reached to develop the SUV. Furthermore, Mercedes-Benz engineers in Stuttgart would be the in charge of design and testing, while the team in Graz developed the production plans.

The first scale model of the car was presented to Daimler-Benz management in 1973 while the first prototype was being tested in parallel at the German coalfields, the Sahara Desert and the Arctic Circle. Even the Vatican took delivery of the G-Wagen with a thermoplastic top for the Pope to be driven around during processions. The Popewagon G-Wagen started to be called the “Papa G” which now resides permanently at Mercedes Benz Museum in Stuttgart, Germany.

The original Mercedes Benz G Class which went on sale during 1979 was known as the 460 series, it was offered in a short wheelbase of 2400mm and a long wheelbase of 2850mm. There were 3 Body styling options available, a two-door Convertible, a two-door Wagon and finally the long wheelbase four-door Wagon. The engine options on the 460 series ranged from a 2-litre petrol to a 3-litre diesel, while the diesel engines were considered to be quite underpowered. The most powerful petrol engine was the M110E 2.8-litre, inline six-cylinder unit that produced 156hp. In the year 1990, the G-Wagen went through a significant transformation which resulted in the new Mercedes Benz G Class 463. The new SUV came equipped with anti-lock brakes, 4-wheel drive and electronically locking differentials. The interiors were given a complete renovation to give the G Class a sense of luxury and comfort that won’t be found in any other SUV with the same character. The interiors were finished with wooden trimming while the rest was all draped in high-quality leather upholstery. The Mercedes Benz G Class 463 featured a lot more engine options as compared to the first generation model and even received a V8 in 1998 that was badged as the G500. During the later years, the G-Class 463 continued receiving bigger and more powerful engines. It was in the year 2002 when the G-Wagen really went bonkers as Mercedes Benz decided to stuff its engine bay with a massive 6.3-litre V12 mounted longitudinally. This engine was a monster in all regards as it produced 438bhp that sent the G63 AMG V12 from standstill to 60mph (100kmph) in just 5.9 seconds.

While Mercedes Benz had previously decided to discontinue production of the G-Wagen in 2005, a large order placed by the U.S Marine Corp for 157 units kept them going. It isn’t hard to see why Mercedes Benz has been keeping the G-Wagon running even today, 12-years after they decided to end its production. It all comes down to the simplicity and practicality with which the initial G-Wagen 460 was engineered. A simple boxy rugged body bolted to chassis design with high ground clearance and a whole array of engine options.

The Mercedes Benz G Class had versatility written all over it the minute the first prototype went testing around the most difficult of terrains in 1973 and that has remained in the backbone of every generation of the G class for the last 38-years. Moreover, it makes the G Class one of the longest produced models by Mercedes-Benz. Even today if you compare the original 460 series G-Wagen to a G-Class fresh out of the factory, you will still find a surprising amount of resemblance in design. It’s almost like Mercedes Benz really doesn’t want to touch the magic formula of the G Class, and we wouldn’t want them to either. It could be a shopping run car in the morning, an expedition vehicle by afternoon and a luxury SUV to chauffeur the family to dinner after a quick wash by evening. In each of its roles, the G-Wagon will be fast and powerful if needed, capable when required while carrying the passengers in levels of comfort that are truly bespoke to itself.

What you essentially realize from 38-years of G-Class is that Mercedes-Benz got this car absolutely right the first time when they went to their design boards.