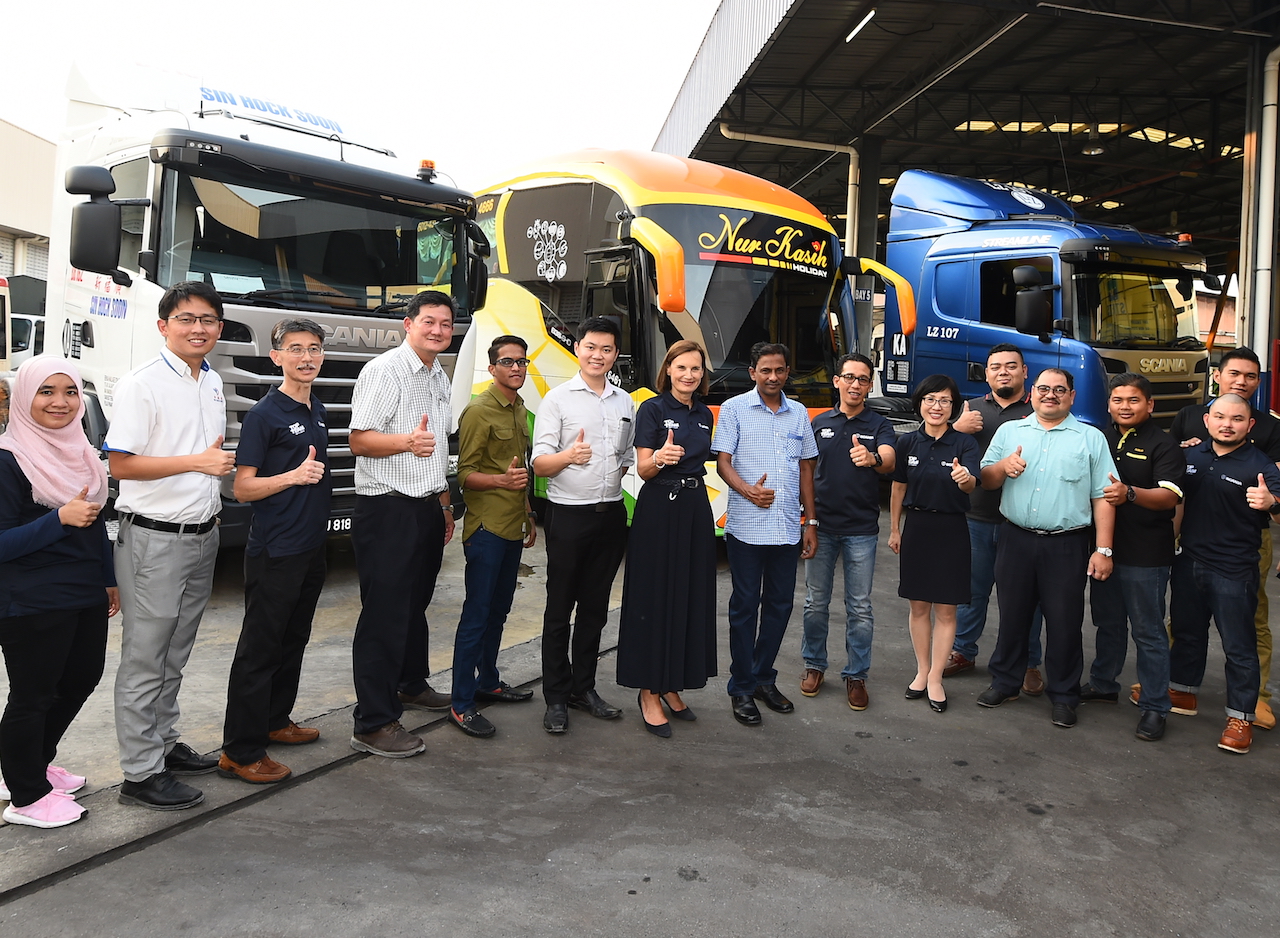 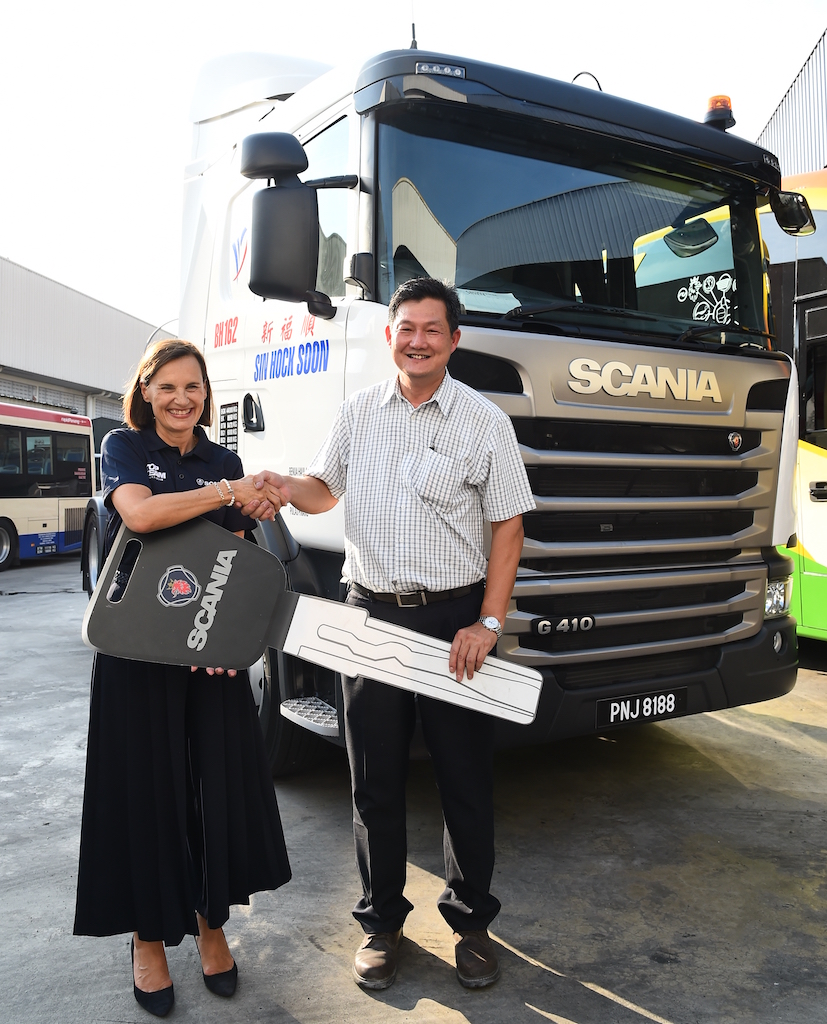 The three customers cited the performance, reliability, fuel economy and safety that Scania vehicles offer, all of which contribute to the profitability and sustainability of their businesses as well as Scania’s excellent after sales service. 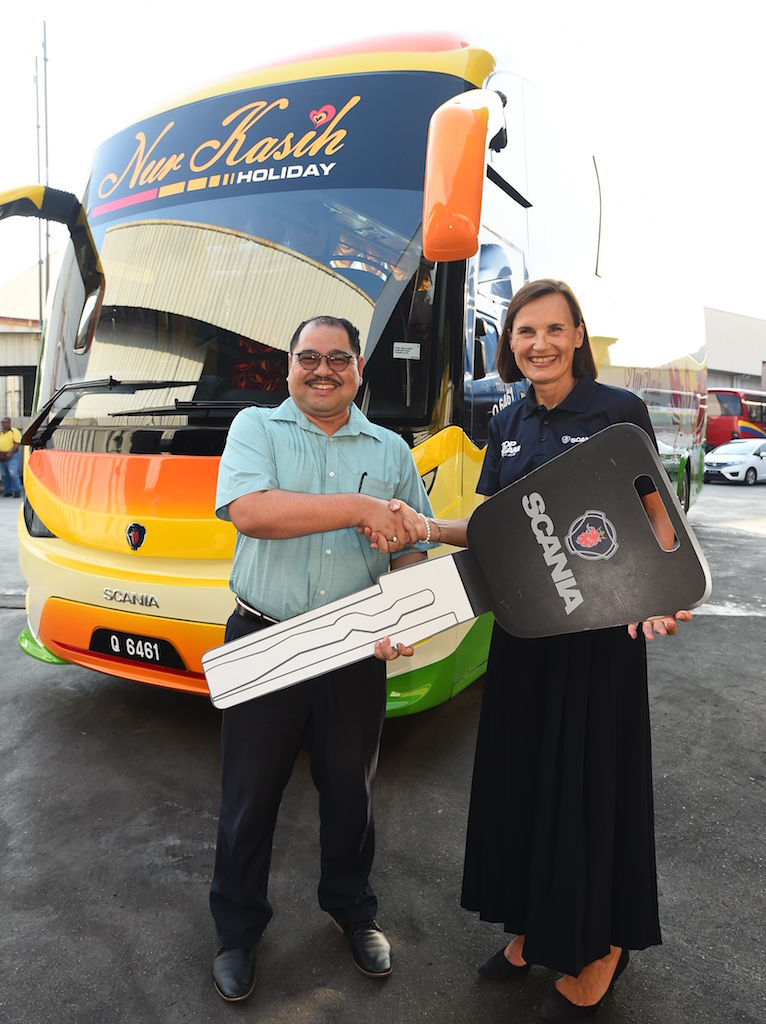 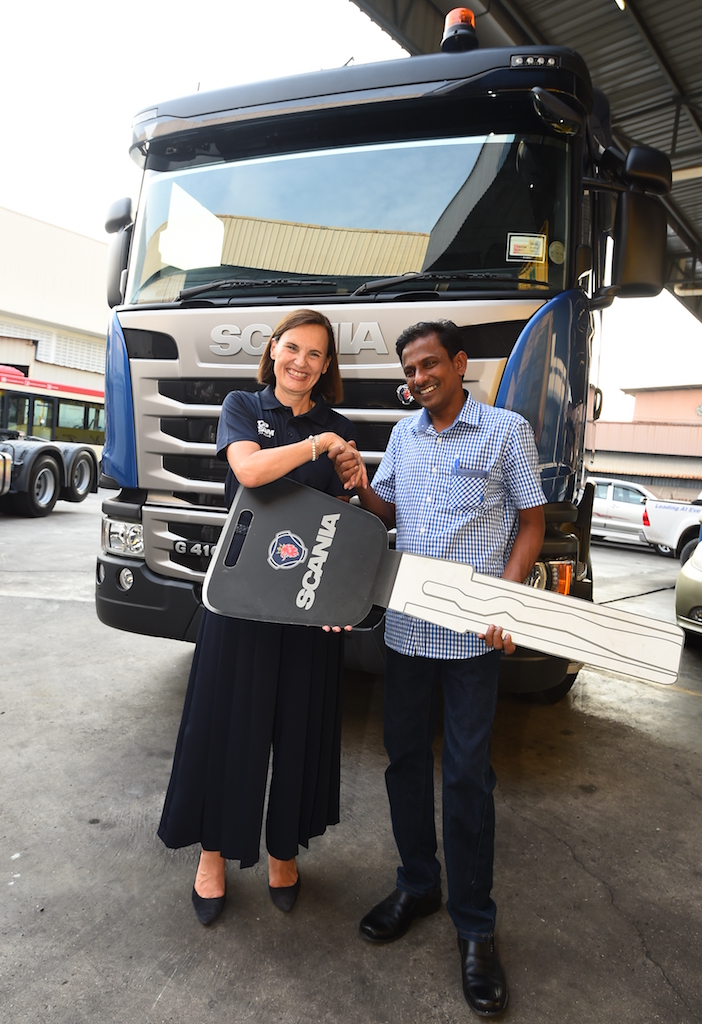 Meanwhile, the six buses acquired by Nurkasih Holiday & Tours – five K360IB4x2 and one K250IB4x2 – feature a powerful engine with higher torque at lower revs and are equipped with the Scania Opticruise gear-change that promises better comfort while reducing clutch and synchromesh wear.

“We are proud to be a partner for Sin Hock Soon Transport and LLZ Haulage for their long-haul operations. We are also proud of our partnership with Nurkasih Holiday & Tours for their tour operations. We are indeed very happy that these established companies have placed their trust in Scania for the sustainability of their businesses,” said Managing Director of Scania Southeast Asia, Marie Sjödin Enström.

The event also saw Scania presenting an award to Express Seni Budaya (M) Sdn Bhd for achieving the best fuel savings for a competition for the bus category based on the Scania Fleet Management System. 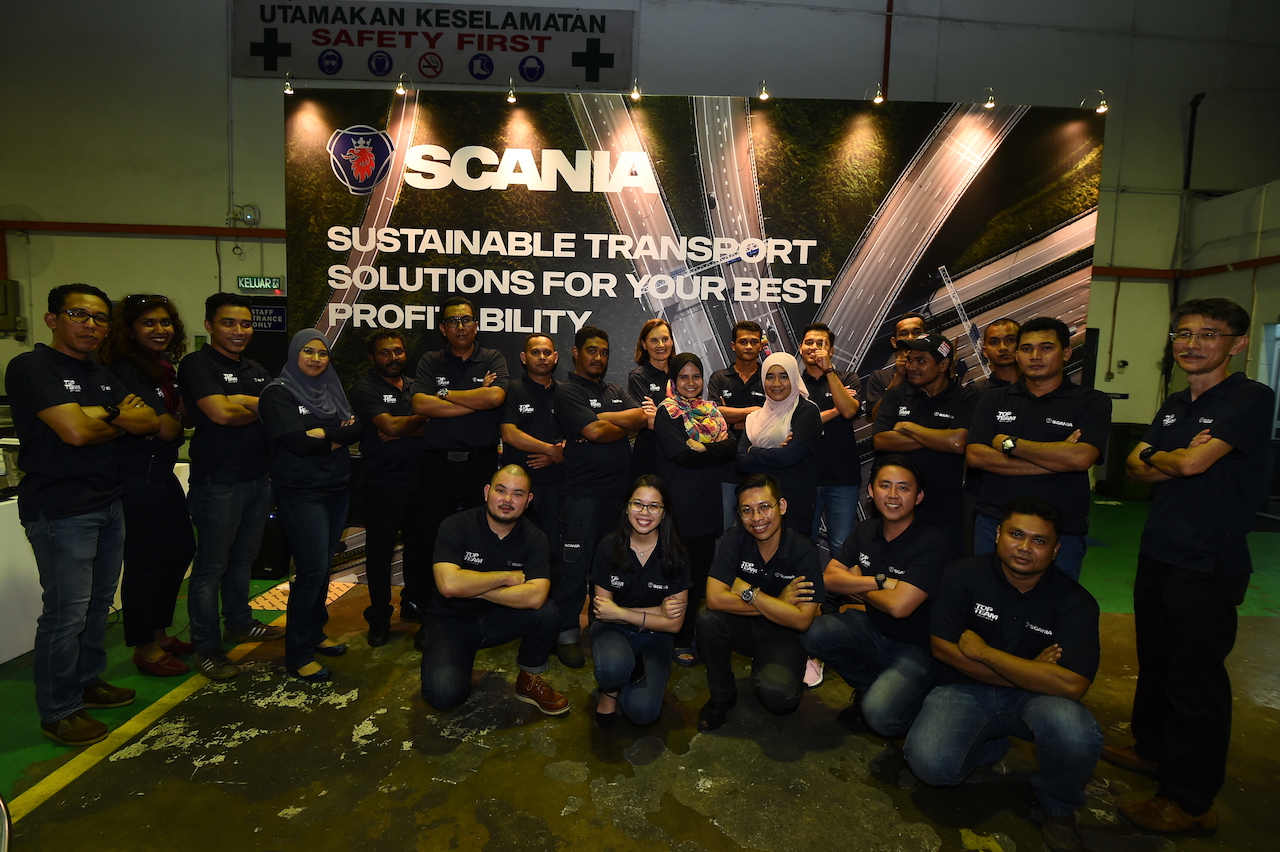 The FMS is a total solutions approach from Scania for its customers to achieve the best profitability and efficiency in their businesses by gathering data from the driver’s performance and vehicle.

That data is then used together with methods such as driver training and coaching to increase the productivity of the fleet, reduce fuel consumption and eventually reduce the cost of operations.

The handover of vehicles was held in conjunction with the Scania Open Day, which served as an opportunity for staff and their immediate family members as well as customers to mingle, understand what Scania can offer as an employer and have a more intimate look at how the company operates. 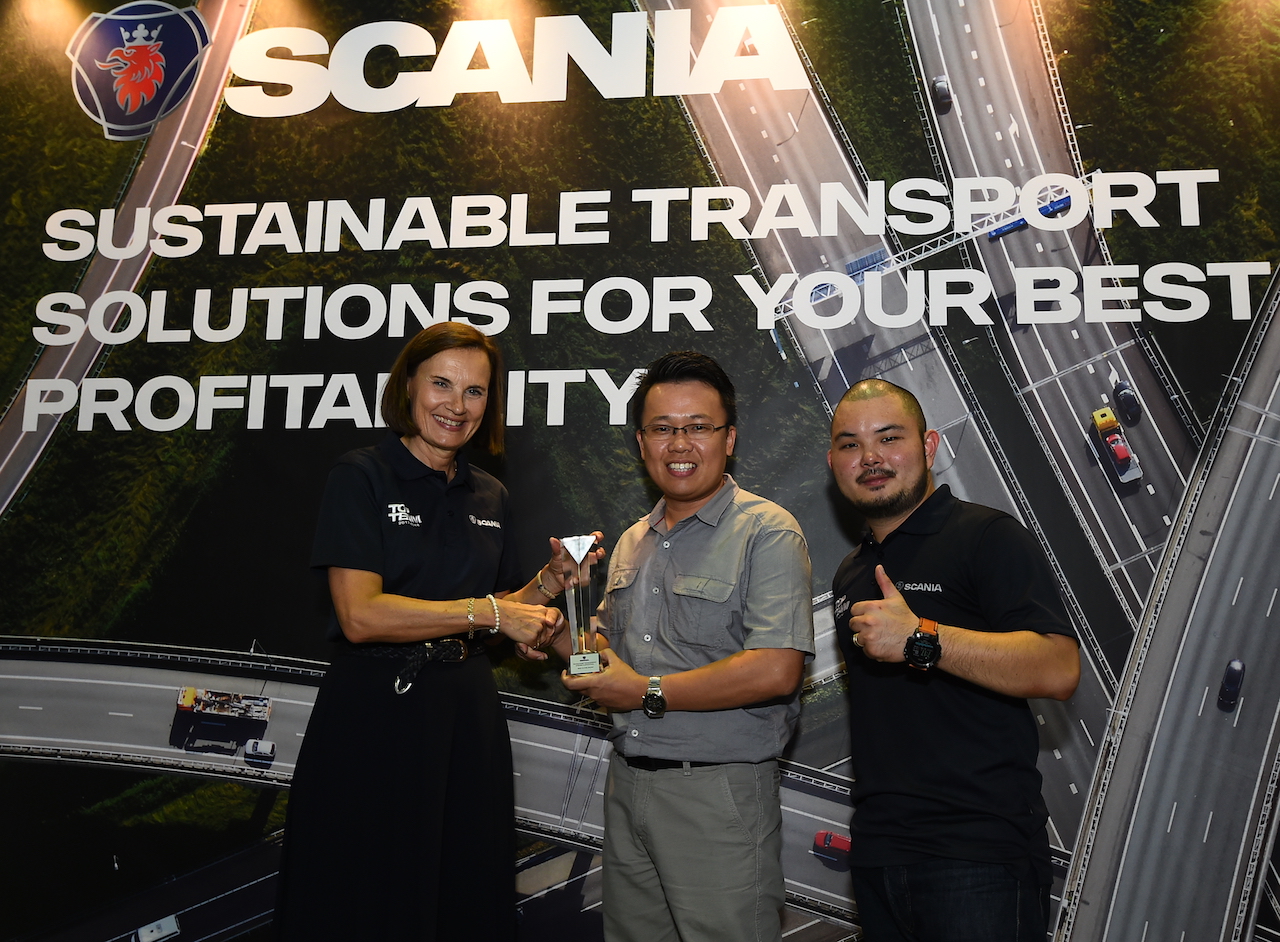 Also on site for them to see and understand were information counters for Scania Genuine Parts and Scania Fleet Management System, a Scania Truck Simulator game console and a Scania autonomous platooning table that depicts the future of the industry which Scania is developing.

“Scania’s continuing success is based on our employees and our core values. We focus on the individual and our future success depends on the achievements from our employees,” said Marie.

“We are currently driving the shift towards a sustainable transport system. The Scania Open Days allow us to showcase what our solutions can do and gain feedback from customers and even families of staff. All of these for continuous improvement purposes. Only then can we make that shift”, added Marie.