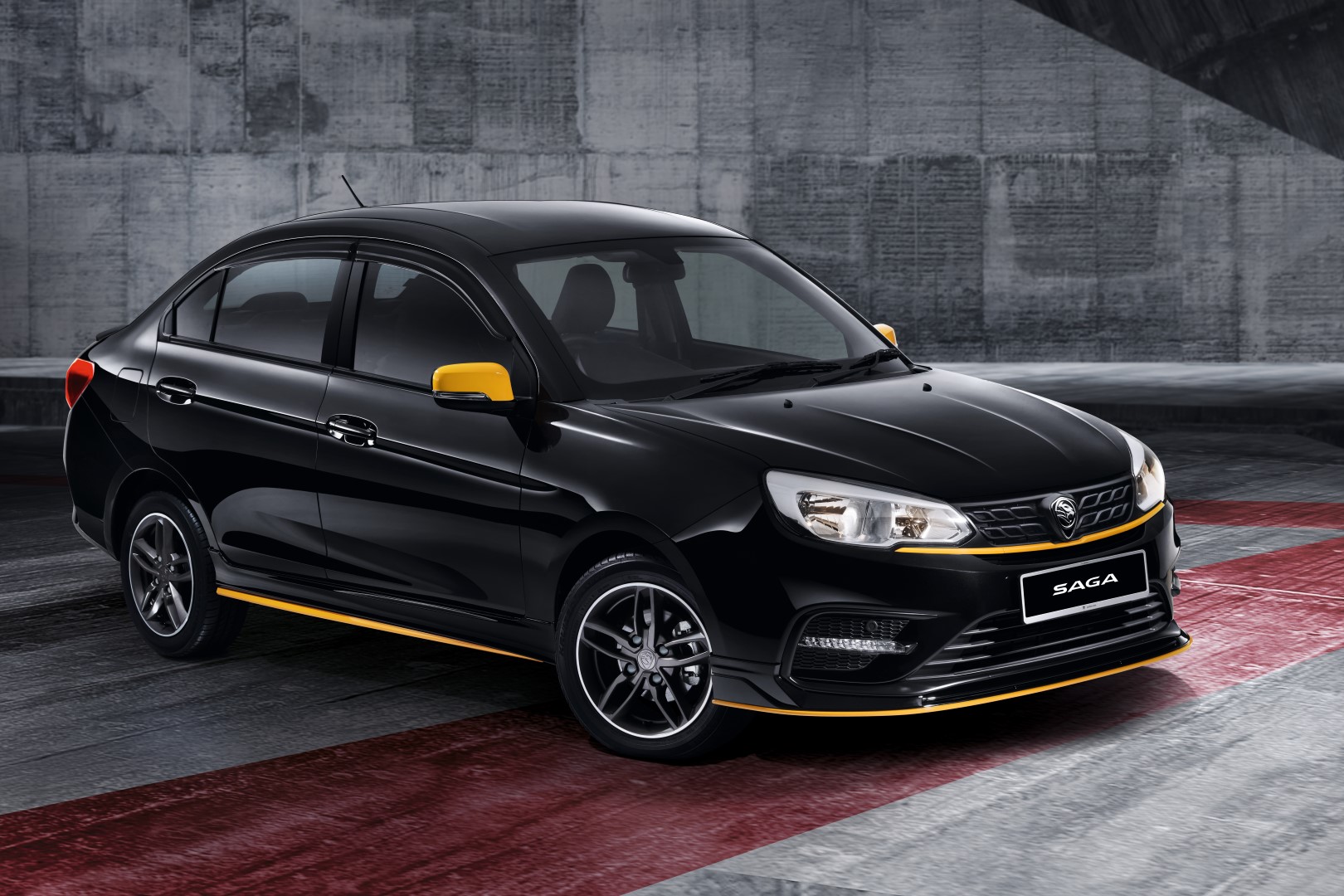 Proton today commemorated the 35th birthday of the Saga in the company’s first ever virtual launch over social media with the Saga Anniversary Edition marking the 4,150,035th car to roll off the line.

Unveiled as part of the celebrations, the Saga Anniversary Edition commemorates and celebrates the first Proton Saga delivered in 1985.

Limited to 1,100 units only, and available exclusively in black with yellow highlights on both the exterior and interior of the car, the Saga Anniversary Edition is priced at RM39,300, the same as the current Saga Premium AT after the zero sales tax rebate.

Available for purchase separately and compatible with the 2019 Saga model, the anniversary package offers significant cost savings of RM315 as purchasing the parts individually totals RM2,350.