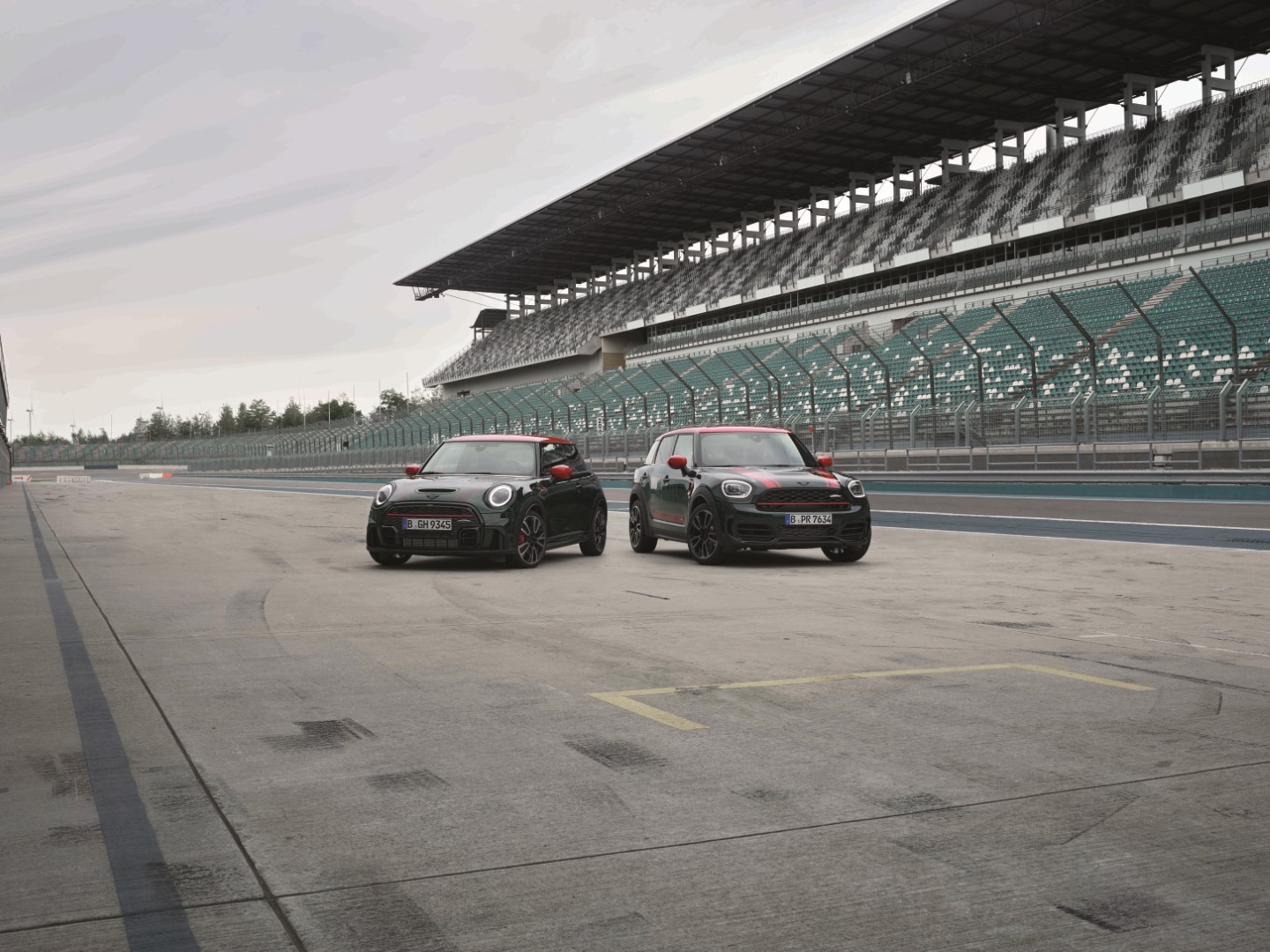 MINI has officially welcomed the latest, updated variants of the MINI John Cooper Works for customers in Malaysia.

Offered with MINI 4 Years Unlimited Mileage Warranty with Free Scheduled Service, the recommended retail prices on the road, without insurance and SST are:

On the exterior, the front gives way to a brand-new radiator grille – now larger and forming a single unbroken hexagon which extends low to the road.

Within the hexagon, the safety bar assimilates seamlessly with the body colour, bringing attention to the red crossbar that runs across the front.

Further elevating the exciting new look are the Adaptive LED headlights that are now enclosed in a new black inner housing – a design that is seen also in the taillights.

Model-specific side scuttles now decorate the front side panels and the rear apron – the latter which also features a distinctive diffuser to optimise airflow in the rear area of the underbody.

Powering the new MINI JCW Cooper is a 2.0-litre 4-Cylinder MINI TwinPower Turbo Engine, and an 8-Speed Steptronic Sport Transmission, producing up to 231 hp and 320 Nm of torque.

Meanwhile, the New MINI John Cooper Works Countryman boasts the most powerful engine ever used in a MINI, a 2.0-litre 4-Cylinder MINI TwinPower Turbo Engine, along with an independent cooling system.

This combination allows an impressive output of 306 hp and 450 Nm of torque. Paired with the intelligently controlled ALL4 all-wheel drive and 8-speed Steptronic Sport Transmission, the MINI John Cooper Works Countryman goes from 0 to 100 km/h in just 5.1 seconds.

This new model has a top speed of 250 km/h. Fuel consumption is measured at 7.6 litres per 100 kilometres of travel.

Additionally, the car has also been outfitted with a redesigned centre instrument with an 8.8-inch touch display in black panel design, which houses a new operating system with a modernised graphic display.

Another welcome addition are the different interior Colour Worlds – “Lounge” and “Sports” – a feature tied to the display surfaces to set the mood of the drive.

In “Lounge” mode, the display surfaces appear in relaxing shades of blue and turquoise, whereas switching to “Sports” mode causes the screen backgrounds to glow in red and anthracite.

On request, the Colour Worlds of the displays can be synchronised with the MINI Driving Modes that come standard in MINI John Cooper Works models.

This allows for colour changes to occur in tandem with the accelerator pedal, steering characteristics and, optionally, the damper and gearshift characteristics. The result of this is an overall driving experience that is heightened by vivid visual sensations.

For the JCW Countryman, the interior has also been modernised with new accents. The 5.0-inch Digital Instrument Cluster display behind the steering wheel is now standard, while the 8.8-inch colour display with touchscreen function located on the characteristic central instrument panel has been updated with a bezel and touch-sensitive control panels in high-gloss Piano Black.

Exclusive for the JCW Countryman

Exclusively for the New MINI John Cooper Works Countryman is the MINI Yours Illuminated Interior Surface in Piano Black.

The operating system of the new MINI models is now more advanced than ever before, thanks to an updated graphics display and new connectivity features.

The screen display has been given a new modern look, while options for selecting and controlling vehicle functions, the audio system, hands-free telephone system, navigation, and applications have also been expanded.

For greater connectivity, the New MINI App can be downloaded from the Google Play Store and the Apple App Store.