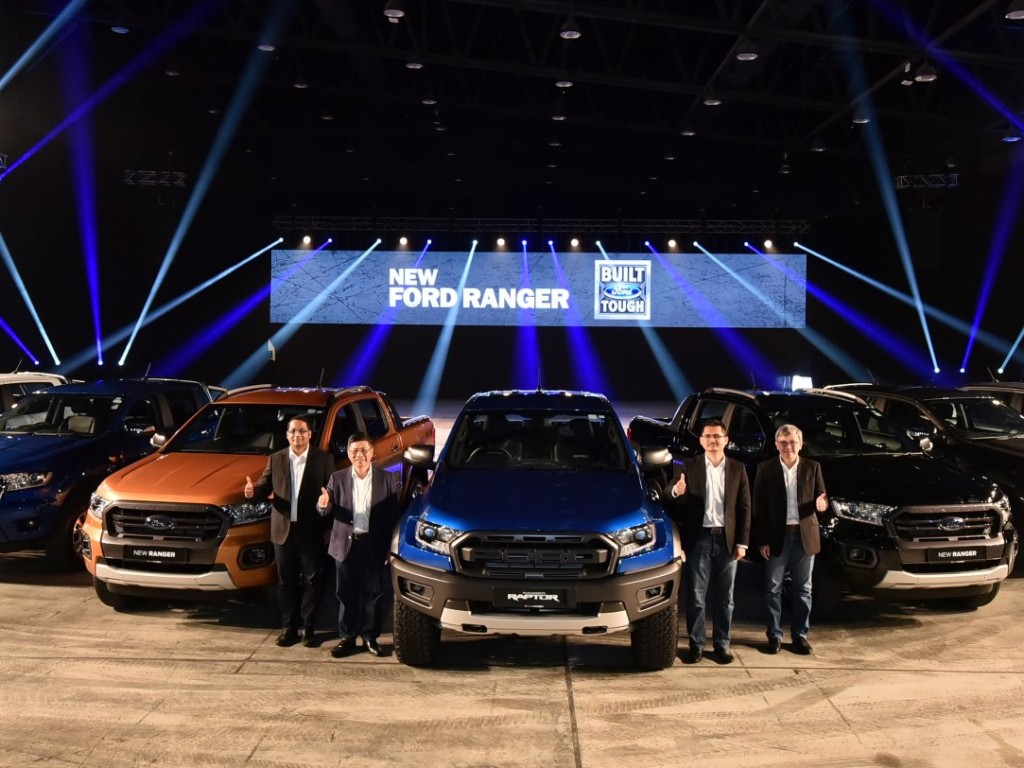 The new ‘Built Ford Tough’ Ranger builds on the capabilities and off-road credentials that perfectly complements, and enables a wide range of customers’ work and lifestyles. 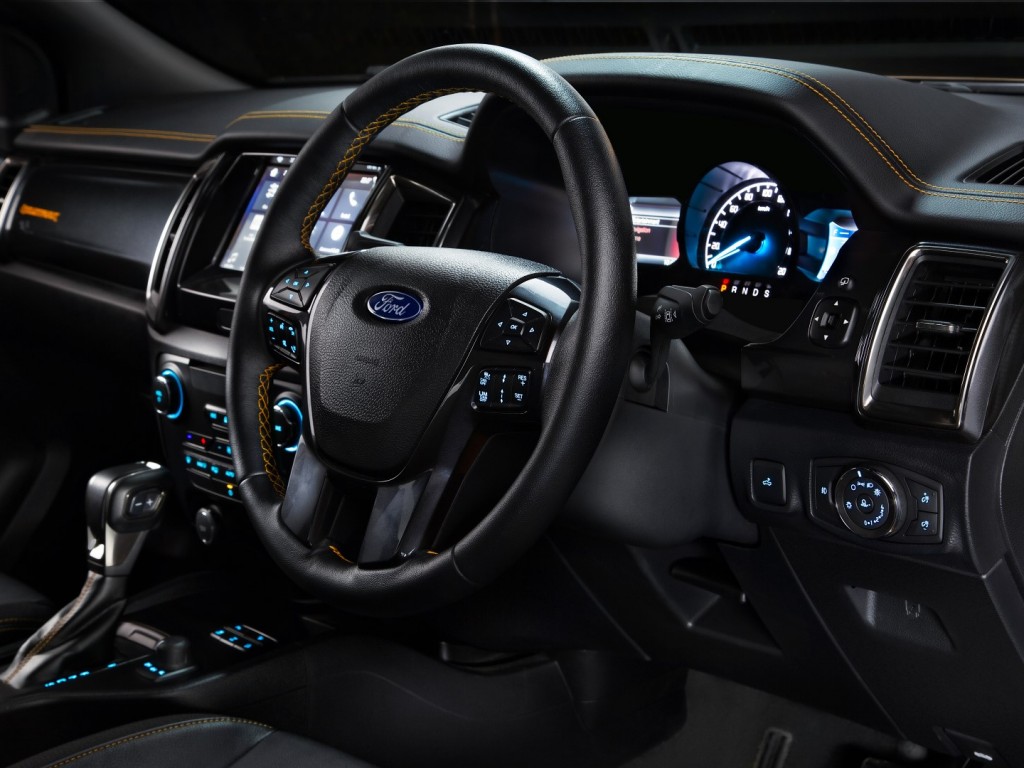 The new Ranger lineup in Malaysia consists of nine different variants, including the XL, XLT, new XLT+ Wildtrak, and the much anticipated Ranger Raptor. The latter will be launched officially at the Kuala Lumpur International Motor Show 2018 this November.

“With the new advanced features and the new generation powertrain offering even greater capability, the new Ranger will build on its already strong and widening appeal in the market,” said Truong Kim Phong, managing director, Asia Pacific Emerging Markets, Ford Motor Company. “The new Ranger will help continue to revolutionise the pickup truck segment, and we are proud that so many customers are choosing Ford.”

“We know that Malaysian customers want their pickups to have the toughness of a truck as well as the comfort and advanced featuresof a passenger vehicle. We are confident that the new Ranger lineup will offer customers unmatched versatility, helping them achieve more, whether at work or with their family,”said Syed Ahmad Muzri Bin Syed Faiz, Managing Director, Sime Darby Auto Connexion.

The new Ford Ranger offers a choice of three diesel powertrains to deliver greater versatility and to match consumer demands for a wider variety of requirements. These include the new generation 2.0L Single-Turbo and 2.0L Bi-Turbo engines, and the Ranger’s proven Duratorq 2.2L. 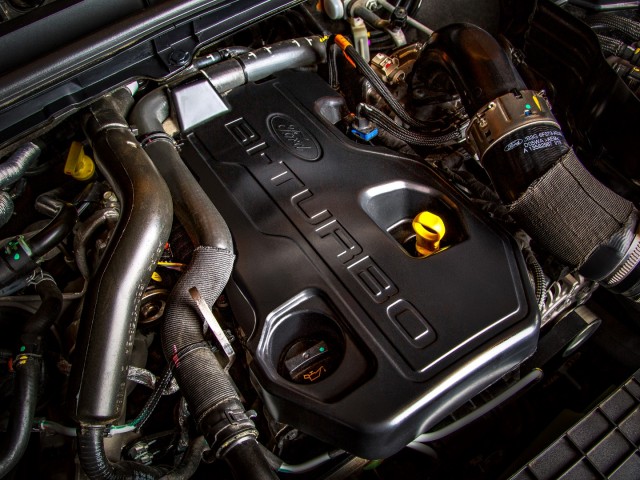 With 500Nm from a low 1750rpm, the Bi-Turbo engine delivers a greater torque spread, with the 10-speed’s close ratios reducing gaps in power and acceleration to make steep, slippery hill-climbs much easier. The Wildtrak model optioned with the new engine maintains Ranger’s equal class-leading payload and 3500kg towing capability. 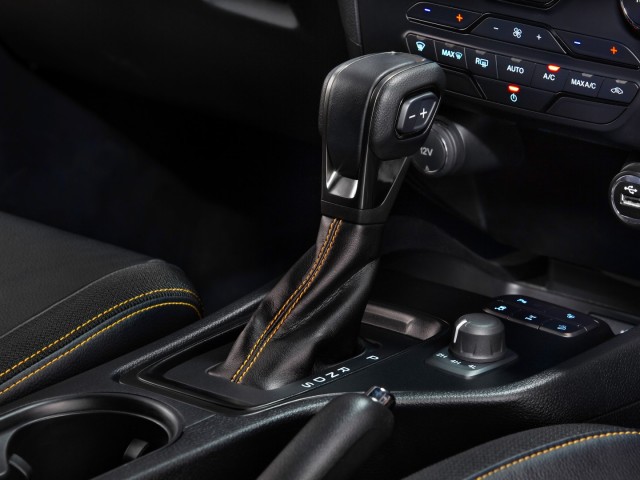 The 2.0L Single-Turbo engine, available on the Wildtrak 4×2 and new Ranger XLT+ variants, is also mated to Ford’s advanced 10-speed automatic transmission to deliver 180PS and an impressive 420Nm of torque.

The XL and XLT variants are equipped with Ranger’s proven 2.2L turbodiesel engine, which offers 160PS/385Nm and comes with a six-speed automatic and manual transmission.

Ford’s Pre-Collision Assist feature using Inter-Urban Autonomous Emergency Braking (AEB) with Vehicle and Pedestrian Detection is available on the new Ranger. The system is designed to detect pedestrians as well as vehicles to bring the Ranger to a complete stop to help mitigate potential rear-end collisions and road-traffic collisions with pedestrians. The system functions at speeds above 3.6km/h.

The First and only in-class Lane Departure Warning & Assist, Adaptive Cruise Control and Forward Collision Warning will carry over to the new Ranger. Ford’s segment-firstSemi-Automatic Parrallel Parking (SAPP) is available on the Wildtrak 4×4. The driver need only to apply the gear changes and brakes, and the system will automatically steer the Ranger into the parking space. 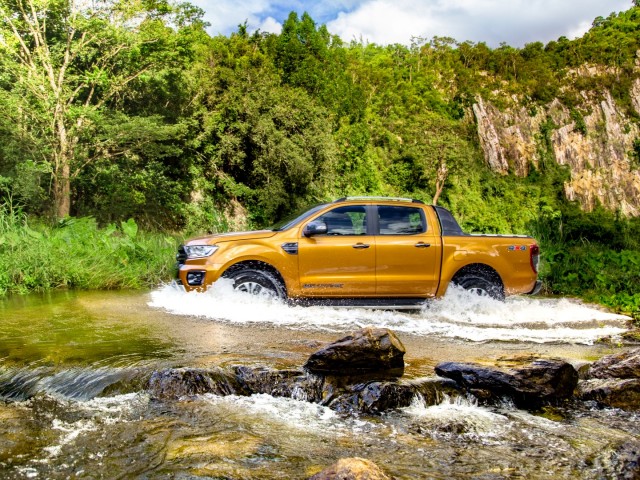 Loading is easier than ever on the Wildtrak and XLT+ models with the introduction of the first and only in-class, Easy Lift Tailgate. With a new internal mechanism, the Ranger’s tailgate is now lighter to lift, with a 70 percent reduction in initial force required to raise it for closing. Not only does this system require less effort to lift, it also means that it’s easier to lower.

The Ranger has added the light and nimble Electric Power Assisted Steering (EPAS) to the entry level XL variant – making it the first-in-segment to offer this feature as standard across all models – and providing even more capability to these workhorse trucks that tackle the daily demands of construction sites and agricultural fields across the country. 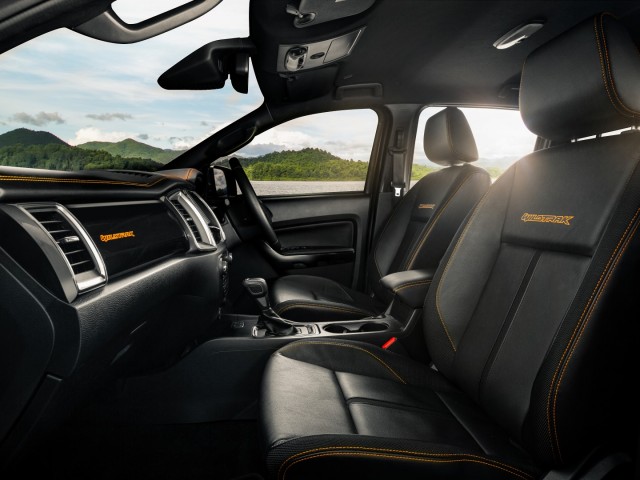 “A successful design should communicate its intent at-a-glance,” said Ford Asia-Pacific Director of Design, Todd Willing. “With Ranger’s reputation as an amazingly capable and versatile vehicle, it is our responsibility to create a design that clearly signals those attributes in combination with a handsome and appealing aesthetic.”

The Ranger is now equipped with keyless entry and push-start button on the XLT+ and Wildtrak. Its interior hosts an array of upgrades to help tackle the working week, the long weekend road trip, and the off-road adventure. With durable, tactile surface finishes ensuring a long lifespan, the spacious Ranger now sports a black themed interior. Contrasting detail elements including shadow chrome and silver accent stitching help give its interior a premium feel.

SYNC ® 3 on the Ranger XLT+ and Wildtrak is compatible with Apple CarPlay and Android Auto, and includes Bluetooth and an 8.0-inch full colour touchscreen. The Wildtrak is also equipped with in-built satellite navigation system for when the Ranger is beyond mobile coverage areas.

The new Ranger’s suspension had been upgraded for improved control roll, to enhance the driving experience when fully-laden and when towing. The new packaging also enables geometry changes for an improved ride, a reduction in body roll as well as improved steering precision. The suspension changes do not impact on Ranger’s equal class-leading towing and payload capabilities.

“We’ve further improved how Ranger behaves when carrying a load, towing a boat or when taking a caravan around the country,” said John Willems, Chief Program Engineer, Ranger. “The Ranger is now better to drive when it’s working at its hardest. It is easier to handle, so you
can really make the most of its payload and towing capabilities. It helps reduce fatigue on long trips, too.”

As an early bird offer,the first 888 customers who register their new Ford Ranger will each receive an electrical goods voucher worth RM1,000. The early bird offer ends either when the 888 th registration is reached or at 31 December 2018, whichever comes first 1 . On top of that, Sime Darby Auto Connexion will be offering new Ranger customers up to 2 years free maintanence or up to 40,000km for customers who successfully register before 31 January 2019, whichever comes first 1 .