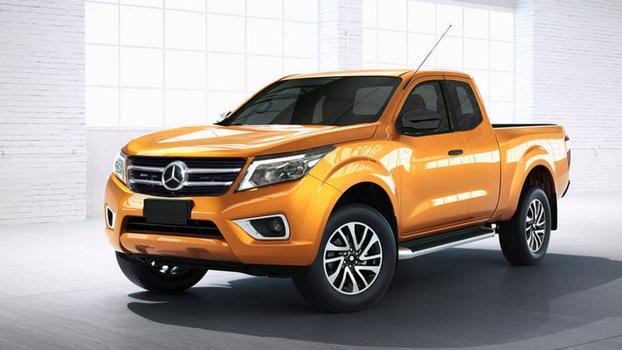 Mercedes-Benz will preview its upcoming pickup truck at the Paris auto show this year. The pickup, which will likely be badged the X class, is expected to go on sale in the late 2017.

Mercedes’ first midsize pickup, which will be sold in Europe, South Africa, Latin America and Australia, will share most of its mechanicals with the Nissan Navara, although the powerplants are expected to be Mercedes’ own.

Expect four- and six-cylinder engines under the hood, along with a gasoline-electric hybrid that will arrive a little later in the product cycle.

Mercedes will offer the pickup in a couple of different versions; a commercial-oriented variant with a simpler cabin and more rugged trimmings, and a more luxurious version with all the comforts of Mercedes SUVs such as the GLE.