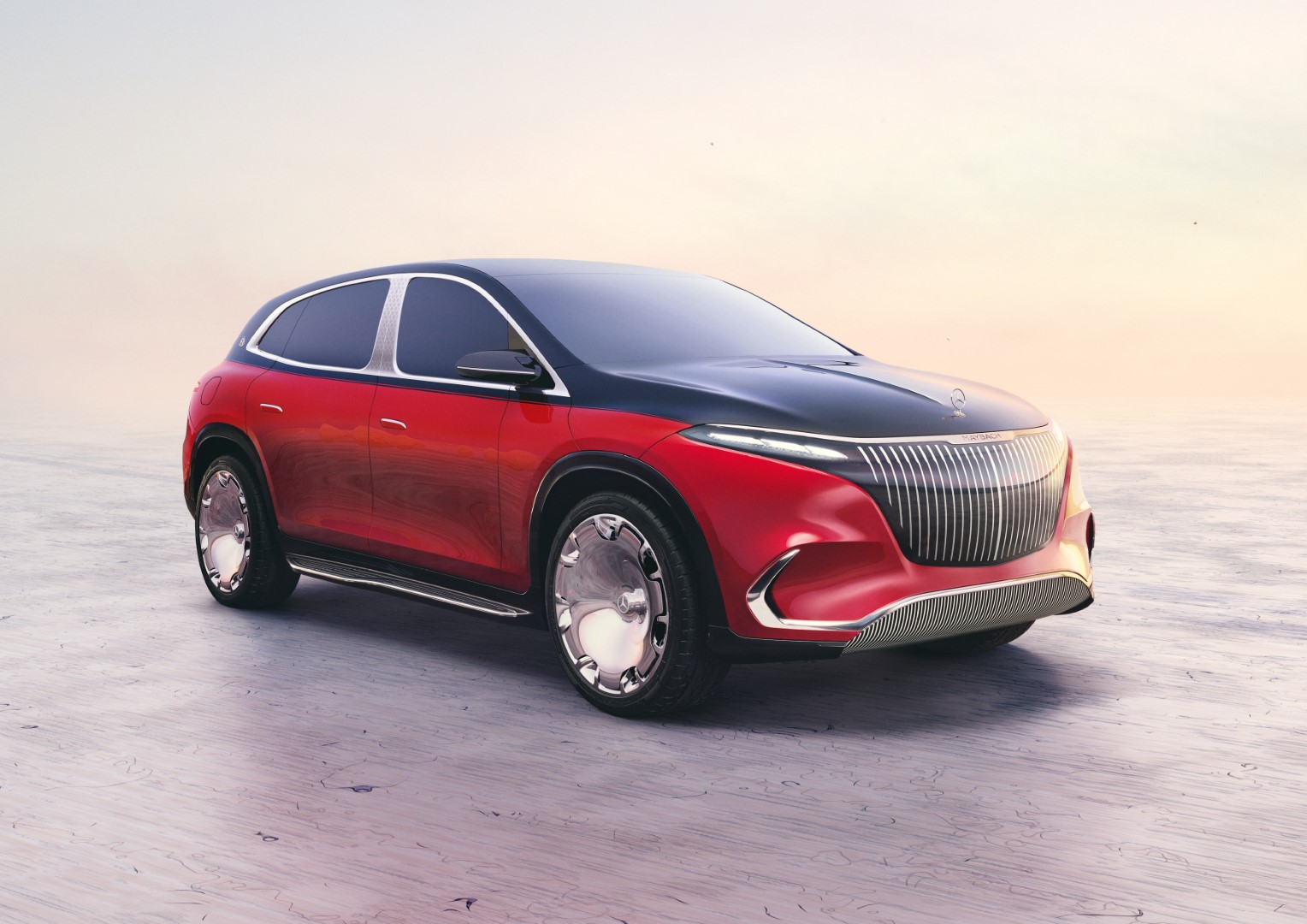 Besides the Concept EQG, the folks at Daimler also unveiled the Mercedes-Maybach Concept EQS, giving us a glimpse of the first fully electric series-production model for brand.

The SUV concept vehicle is based on the modular architecture for luxury- and executive-class electric vehicles from Mercedes-Benz and takes the exclusivity of Maybach into a locally emission-free future.

Design wise, a dynamic silhouette extends the entire length of the vehicle, starting with a low front end, flowing tautly over the sloping A-pillar and roof contour and incorporating the airflow break-away edge of the rear spoiler.

While the upright black panel front flows seamlessly into the wraparound bonnet and headlights, the LED light units showcase the lighting with individual diamond blocks framed with a fine-knit mesh of the Maybach emblem.

The filigree, vertical Maybach pinstripes in an elegant, three-dimensional effect are chrome-plated and characterise the cooler with its new, innovative Black Panel technology.

Elegantly chrome-plated, filigree louvres are also found on the air intake in the bumper. This eye-catching design element is taken up again below the licence plate holder in the bumper at the rear.

Inside, the front seats show parallels to the Mercedes-Maybach S-Class. The two individual rear seats are also inspired by the S-Class. Further complementing the interior is the High-End Rear Seat Entertainment System.

The centre console appears to float like a continuous ribbon from the cockpit to the rear seats, creating a particularly light and elegant impression of space with plenty of freedom of movement.

Another unexpected contrast is brought to the interior by a fashion-inspired, progressive textile of the highest quality. It is used generously around the rear-seat area, while flashes of it also appear in further details in the interior.

Another highlight in the interior is the MBUX Hyperscreen with Maybach-specific display styles and content.

This large, curved screen unit extends almost from A-pillar to A-pillar. Three screens sit under a glass cover and appear to merge into one.

The 12.3-inch OLED display for the front passenger gives them their own display and control area. With adaptive software thanks to artificial intelligence, MBUX adapts completely to its user.

The Concept Mercedes-Maybach EQS is based on the modular architecture for luxury- and executive-class electric vehicles from Mercedes-Benz.

A further all-electric model is also set to appear on this basis, the EQS SUV, which will go into series production in 2022, even before the Maybach.

Here, too, the electric powertrain ensures exceptionally smooth and quiet running and provides for a new level of calm and relaxation in the interior.

According to WLTP, ranges of around 600 kilometres are planned for the Mercedes EQS SUV architecture.