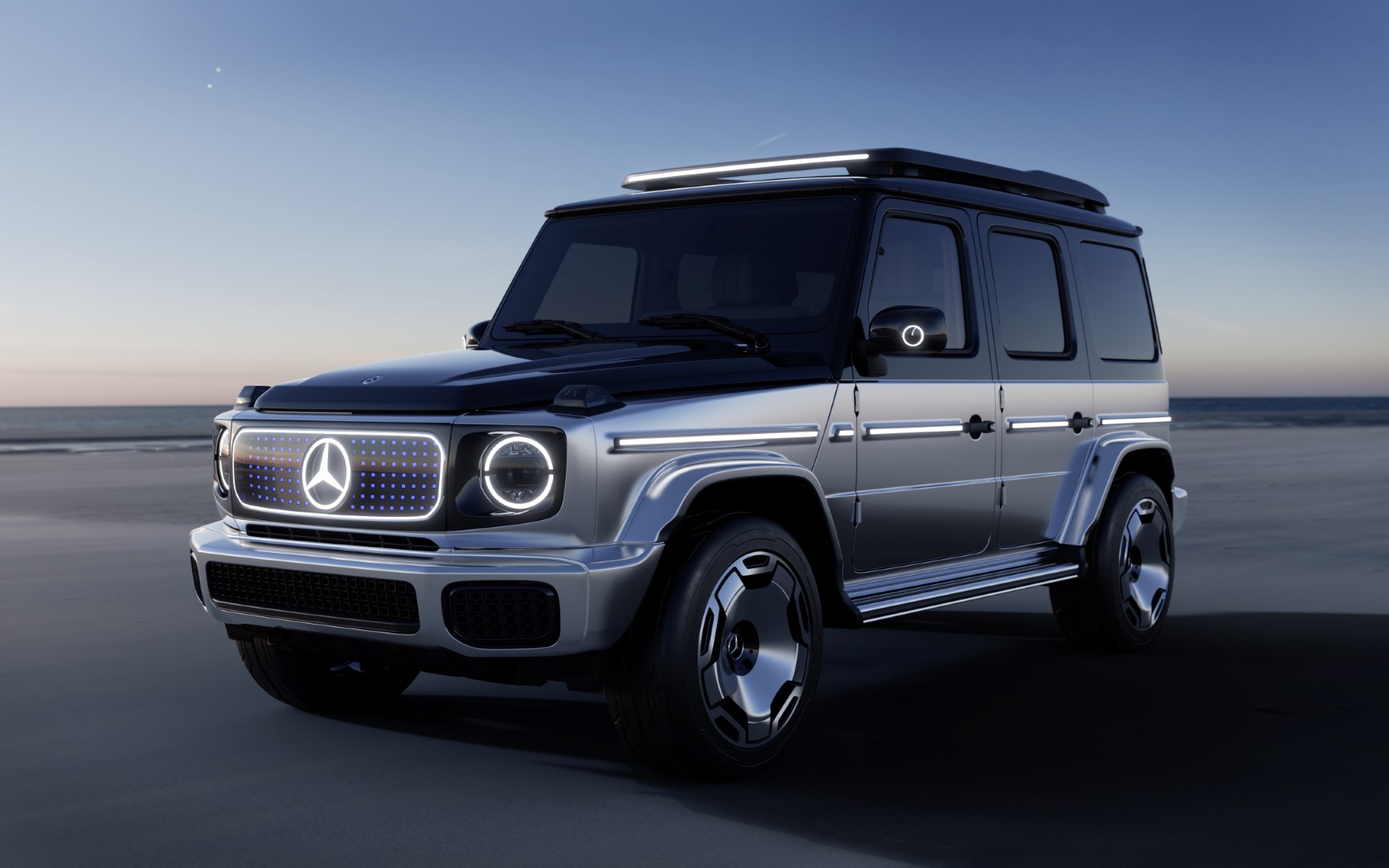 The folks at Stuttgart have taken the wraps off the Mercedes-Benz Concept EQG, which is a near-production study of an all-electric model variant of the G-Class.

Visually, the concept car combines the unmistakably striking look of the G-Class with selected design elements typical of all-electric models from Mercedes as contrasting highlight.

The 4×4 qualities of the “G” will not only find their way into the age of electric mobility, but will be developed even further in some areas.

The Concept EQG thus offers a promising preview of what a Mercedes-Benz G-Class with battery-electric drive will be capable of.

The Concept EQG is also very much in the design tradition of the model series and can be recognised at first glance as a G-Class.

Instead of a radiator grille, this all-electric variant features a continuous deep black radiator grille. In this Black Panel Grille, the illuminated star with 3D effect sets a striking accent.

Instead of the usual spare wheel cover, there is a lockable box with white illuminated accents on the rear door, whose design is reminiscent of a wallbox.

Another highlight of the exterior design is the flat roof rack in high-gloss black. The central element of its minimalist design is the centrally shaped “G”, which is unmistakable in the top view.

The chassis design remains extremely off-road capable, as is typical of the G-Class with independent suspension on the front axle and a rigid axle at the rear, newly developed for the integration of the electric drive.

With four electric motors close to the wheels and individually controllable, the vehicle will offer unique driving characteristics both on- and off-road.

As with any real 4×4, the Concept EQG’s off-road reduction can be activated via a shiftable 2-speed gearbox in order to meet the high “G”-specific off-road requirements with confidence.

Equipped in this way, the fully electrically powered version of the G-Class will face the legendary test track on the 1445-metre high Schöckl mountain in Graz at the end of its development into a series model.

Peppered with gradients of up to 60 degrees, the 5.6-kilometre route has always been regarded in the international off-road scene as one of the world’s greatest challenges for man and technology.

After successfully conquering it, the electric “G” will also be able to adorn itself with the “Schöckl proved” quality certificate that is obligatory for the 463 series.

And like its conventionally-driven brothers, it will also shine with a climbing capacity of up to 100 per cent on suitable ground.

The design advantages of the electric drive also play into its favour, making it ideally suited for off-road vehicles and ambitious off-road operations. The batteries integrated into the ladder frame ensure a low centre of gravity.

Since the electric motors provide their maximum torque practically with the first revolution, an all-electric off-road vehicle like the Concept EQG and the later production model boast enormous pulling power and controllability – which also proves to be an advantage on steep slopes and deep terrain.