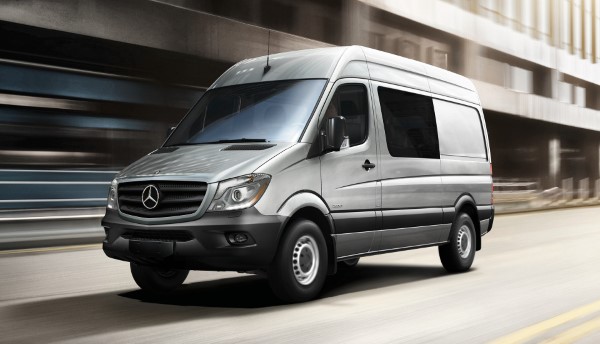 The Mercedes-Benz Sprinter has once again received the coveted FN50 award for the most reliable van, collecting the award for the second consecutive year, and the third year in total since 2011 (2011, 2015 and 2016).

The top-place ranking was announced at the annual FN50 event hosted in the UK earlier this week, attended by over 900 industry professionals.

The FN50 is an independent market perspective audit ranking the largest 50 leasing companies across the UK, carried out in August and September of 2016.

Steve Bridge, Managing Director, Mercedes-Benz Vans UK, said: “Sprinter keeps on adding to its awards haul, even though it is far from the newest van on the block. In fact, in Europe it has defined an entire class of van – known as the Sprinter segment!

“The FN50 award for most reliable van proves that the tough, durable, dependable workhorse which is a firm favourite for fleets, actually does what it says it’s going to do.

“And if our vans do breakdown, we offer MobiloVan free of charge to our customers, which enables UK and Europe -wide free roadside assistance by Mercedes-Benz trained technicians carrying Mercedes-Benz GenuineParts, to get the vehicle back on the road as quickly as possible.”

Stephen Briers, Editor-in-Chief, Fleet News, added: “Our reliability survey asks FN50 companies to rank their light commercial vehicles in order of best performing in terms of breakdowns and warranty claims. The clear winner, for the second-year in a row, was the Mercedes-Benz Sprinter. The Sprinter is also the reigning Commercial Fleet commercial vehicle of the year, proving it really is the class act among large panel vans.”