Announcing the arrival of Mazda’s most technologically advanced model – the all-new Mazda CX-5. In addition to getting a visually dynamic new look inside and out, the multi award-winning Mazda CX-5 benefits from even more advances in Mazda’s SKYACTIV Technology, as well as industry-leading safety features that will further define the globally popular Crossover model. The new Mazda CX-5, refined to an ultimate expression of Mazda’s KODO: Soul of Motion, is presented with a bold, sophisticated and elegant new look. The exterior has been redesigned for a bolder and more dynamic stance to express the feeling of acceleration in one movement. Exterior features include a new honeycomb-style grille and redesigned chrome signature wing. These combined with slimmer front headlights to create a deeply curved masculine expression.  At the rear, the new CX-5 receives new rear lights design in a two layer moulded outer lens. 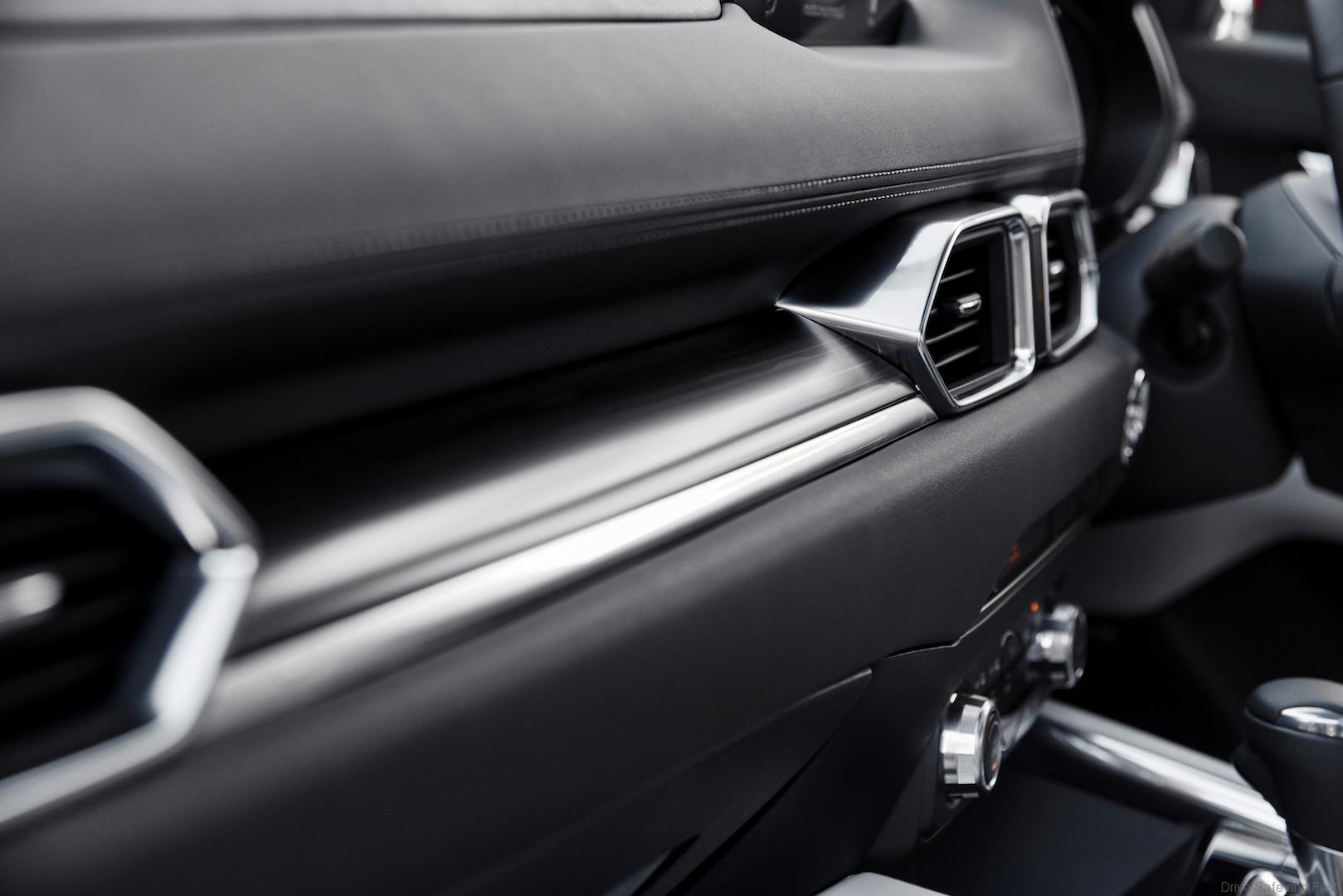 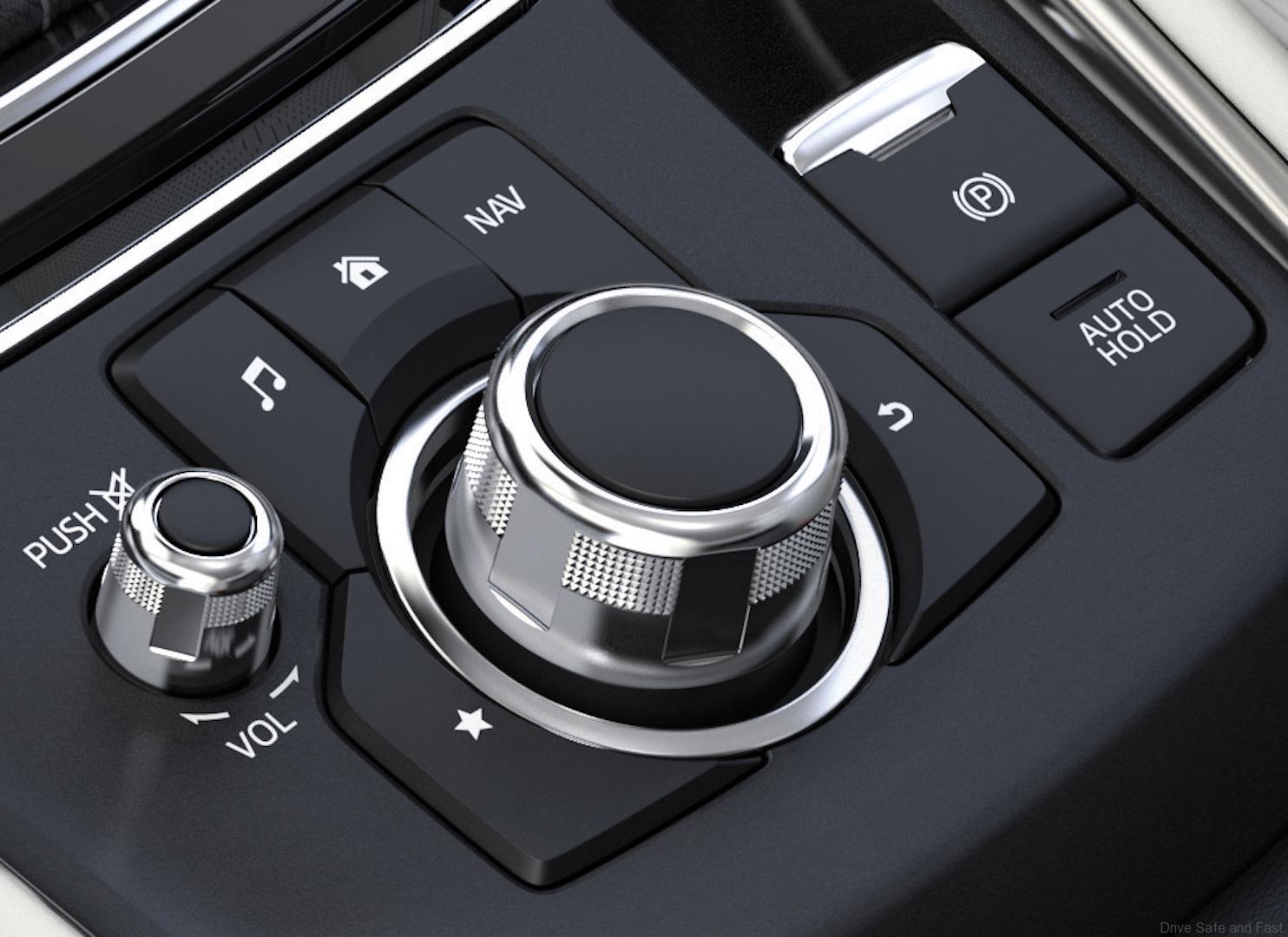 In terms of interior, Mazda introduces a more symmetrical dashboard layout that focuses on driver orientation. The commander console is elevated, surrounding the lower body for better ergonomics, and sense of toughness, stability and control. The 7-inch full colour touchscreen display for the MZD CONNECT Infotainment has been redesigned and repositioned to the top of the dashboard, close to the driver’s natural line of sight, making it less distracting and easier to see and use. The new Mazda CX-5’s exhibits high level of craftsmanship, and built quality; 85% soft touch with genuine leather stitching, and wood and metal finish. Leading the safety features is G-Vectoring Control (GVC); the essence of Mazda’s SKYACTIV-VEHICLE DYNAMICS. GVC is an active safety technology that works harmoniously with the driver. It ensures the vehicle controls its dynamics on an extremely minute level, not capable by drivers themselves, so that driving efficiency is significantly improved. The outcome is seamless, flowing acceleration and cornering like never before. Adaptive Front-Lighting System (AFS) whereby the headlights are specifically designed to help you see around corners at night. As the driver turns into a corner, the headlights pivot up to 15 degrees in the direction of the turn, improving visibility and allowing driver to spot potential hazards and dangers ahead.

Smart City Brake System (SCBS) monitors the vehicle in front or rear to access the likelihood of a collision. If a high risk is detected it issues visual and audio warnings, and primes the brakes for a faster response. If the driver doesn’t brake, SCBS brakes automatically.

Lane Departure Warning System (LDWS) automatically senses lane marking on the road and alerts driver when it predicts the vehicle is going to unintentionally depart from its lane.

Blind Spot Monitoring (BSM) helps detect and alert when objects are in your left and right blind spots by activating a door mirror mounted warning light on the relevant side of the vehicle. If you then indicate prior to turning, the warning lights flashes with an audible alert bleep.

Rear Cross Traffic Alert (RCTA) will alert driver when it detects vehicles approaching from either side during reverse operation. Lane-Keep Assist System (LAS) adds to Lane Departure Warning System by performing minor steering corrections to re-centre the vehicle in its lane upon sensing an unintentional lane departure.

Driver Attention Alert (DAA) reduces accidents caused by inattentiveness due to driver fatigue. The system comes into play at speeds above 65km/h and begins to “learn” the driver’s habits, watching inputs and the vehicle’s movements in the early stages before fatigue becomes a factor.

The new Mazda CX-5 has been awarded with the highest overall rating of 5-Stars on safety performance by Euro NCAP and JNCAP, and also the “Top Safety Pick+” award by the Insurance Institute for Highway Safety’s (IIHS). Back Paul’s Defender takes on the Sarawak 4X4 Travel and Adventure Club (SAKTA) run
Next Win an iPhone 8 When You Test the New Mitsubishi Outlander!