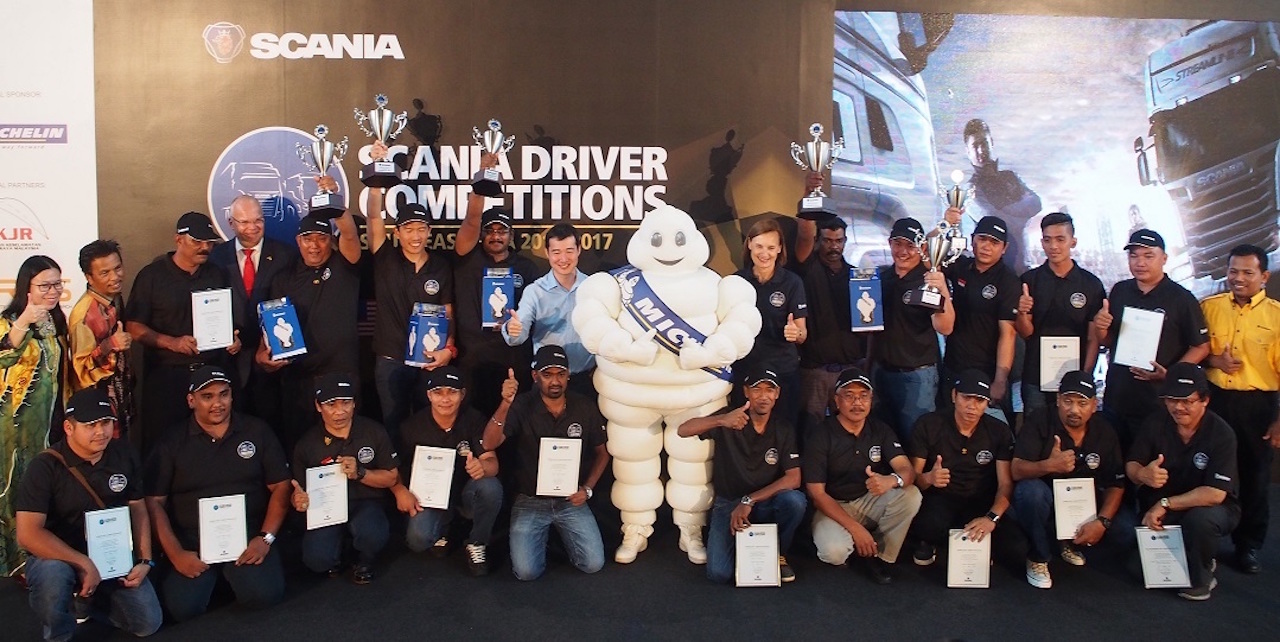 Since 2003 more than 350,000 truck drivers in nearly 50 countries have participated in Scania Driver Competitions (SDC) – the world’s largest truck and bus driving event – that focuses on increasing road-safety awareness, improving fuel consumption and minimising the environmental impact of commercial vehicles.

The final driving skills round of the inaugural SDC Southeast Asia 2016-2017 (SDC-SEA) edition recently held in Malaysia saw 19 drivers from Indonesia, Malaysia, Myanmar, the Philippines and Singapore competing for the prestigious title and it was the Malaysians who took the coveted top driver titles.

The bus category was won by Law Cheok Gheenof Zulco Sdn Bhd from Malaysia who received RM10,000 in cash, a Challenge Trophy and certificate.

Law, who said he was very happy to receive the award from such a high-level competition, also trains the drivers in the company where he is a manager. 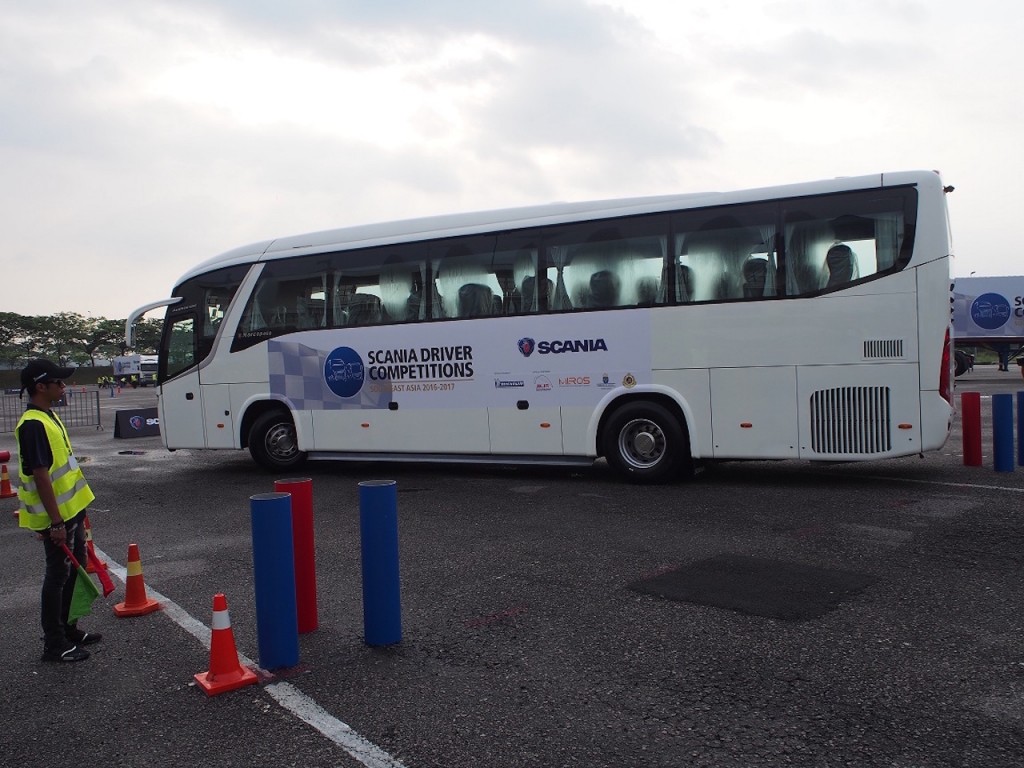 “I need to know the actual situations that the drivers face, to have the proposer mindset, so this win adds to my credibility and closes the gap for me both as a trainer and a manager when I advise them on how to be safer and more cost efficient.”

Describing his win as a huge surprise, Sarveswaren said he really did not expect to win but is thrilled that he did.

“What I learned from this competition is the importance of being focused when being inside a vehicle and on the road, to be aware to be aware of your surroundings and also plan or strategize your journey. It has definitely made me understand and appreciate the importance of safe driving.” 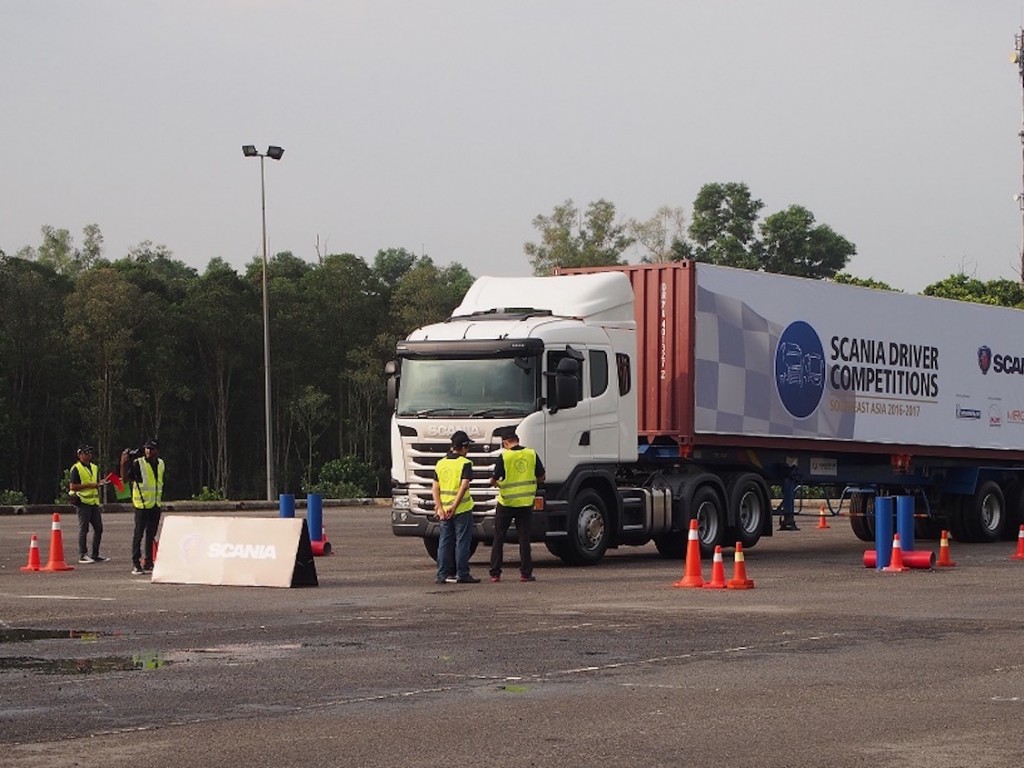 The objective of the Scania Driver Competitions is to elevate the status and prestige of heavy commercial vehicle drivers by recognising the true heroes – the drivers themselves. This inaugural regional edition is more demanding than the local editions previously held, as it has been made more challenging for the 19 finalists with tougher rules and scenarios.

Out on the roads, the competency of the drivers is even more important today in overcoming the many challenges the transport industry is facing hence the theme of this year’s competition – Face the Challenge!

The truck drivers were tested using a Scania G410LA6x2MSZ attached to a trailer carrying a 20ft container, while the bus drivers were in the Scania Marcopolo K410IB4x2 coach. During the competition, their abilities were tested through a series of timed maneuvering tasks – the ‘Knock the Cone’ precision test and ‘Boardwalk’ obstacle test.

Enrolment for the competition began in 2016 and more than 1,000 drivers from all over the region initially went through elimination rounds that tested their knowledge of road transport laws and regulations, alternative fuels, fuel-efficient and safe driving, load securing, occupational risks and health, and emergency procedures.

“We have seen an increasing interest in the SDC and that is a good indication that it has been a catalyst in getting heavy commercial vehicle drivers to upgrade their skills and that means safer drivers, safer conditions for all road users and better fuel economy for operators,” said Marie Sjödin Enström, Managing Director of Scania Southeast Asia.

Being at the finals of the SDC is one of the ultimate achievements for many of the experienced drivers as the competition also a represents the professionalism required in the industry.