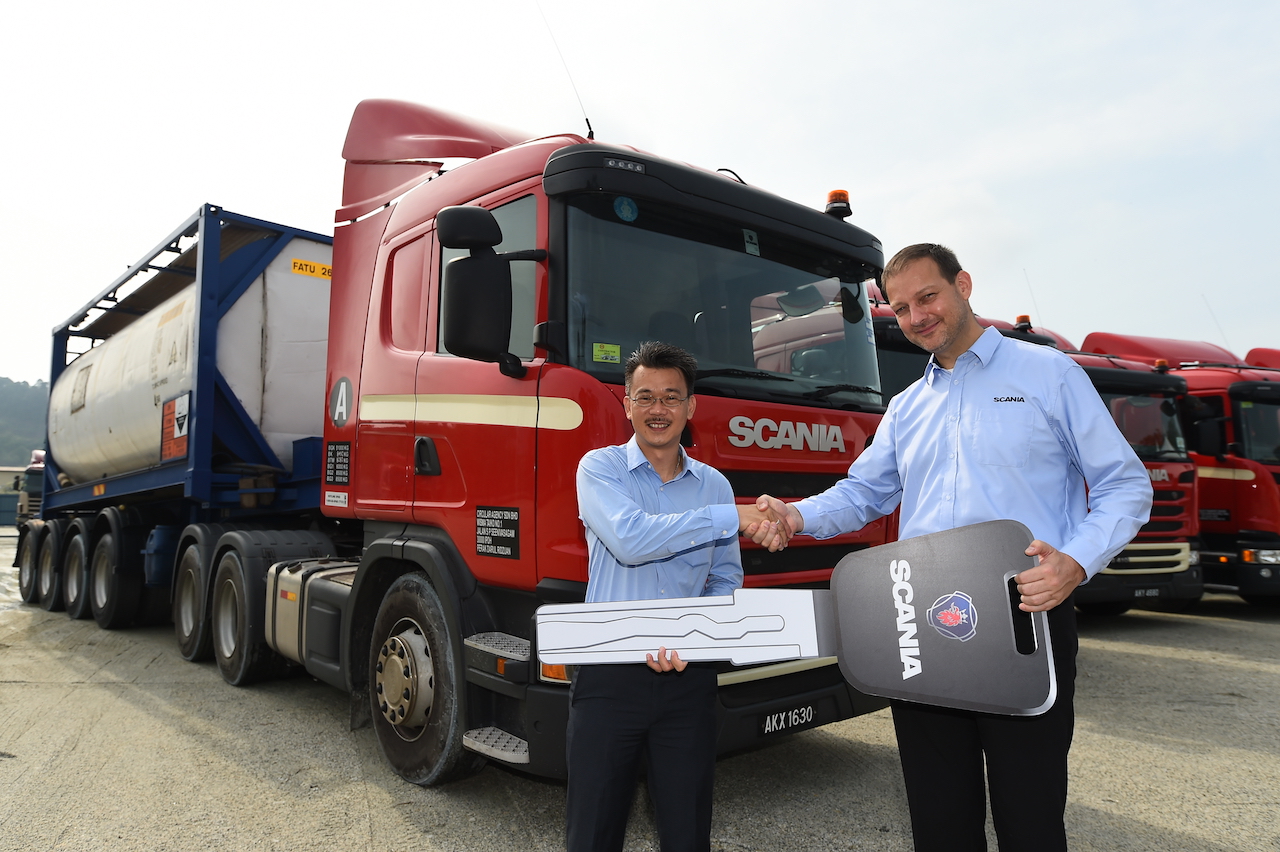 Scania Malaysia has handed over the keys to 12 new Scania trucks to one of its key customers – Circular Agency Sdn Bhd – a wholly owned subsidiary of Malay-Sino Chemical Industries Sendirian Berhad, which in turn is a 98% subsidiary of Batu Kawan Berhad which is listed on the Main Market of Bursa Malaysia Securities Berhad.

Mr Tan cited how performance, reliability, fuel economy and safety of the Scania vehicles, as well as the excellent after sales service has helped the company achieve an improved total operating economy. Hence, Scania is the ideal choice for its business expansion.

Circular Agency purchased 11 units of Scania G410LA6x2MNA trucks and 1 unit of Scania G360LA4x2MNA truck, all offering powerful performance and increased fuel savings to help attain the best profitability for long-haul operations, making them suitable and safe for transportation of the company’s chemicals nationwide. 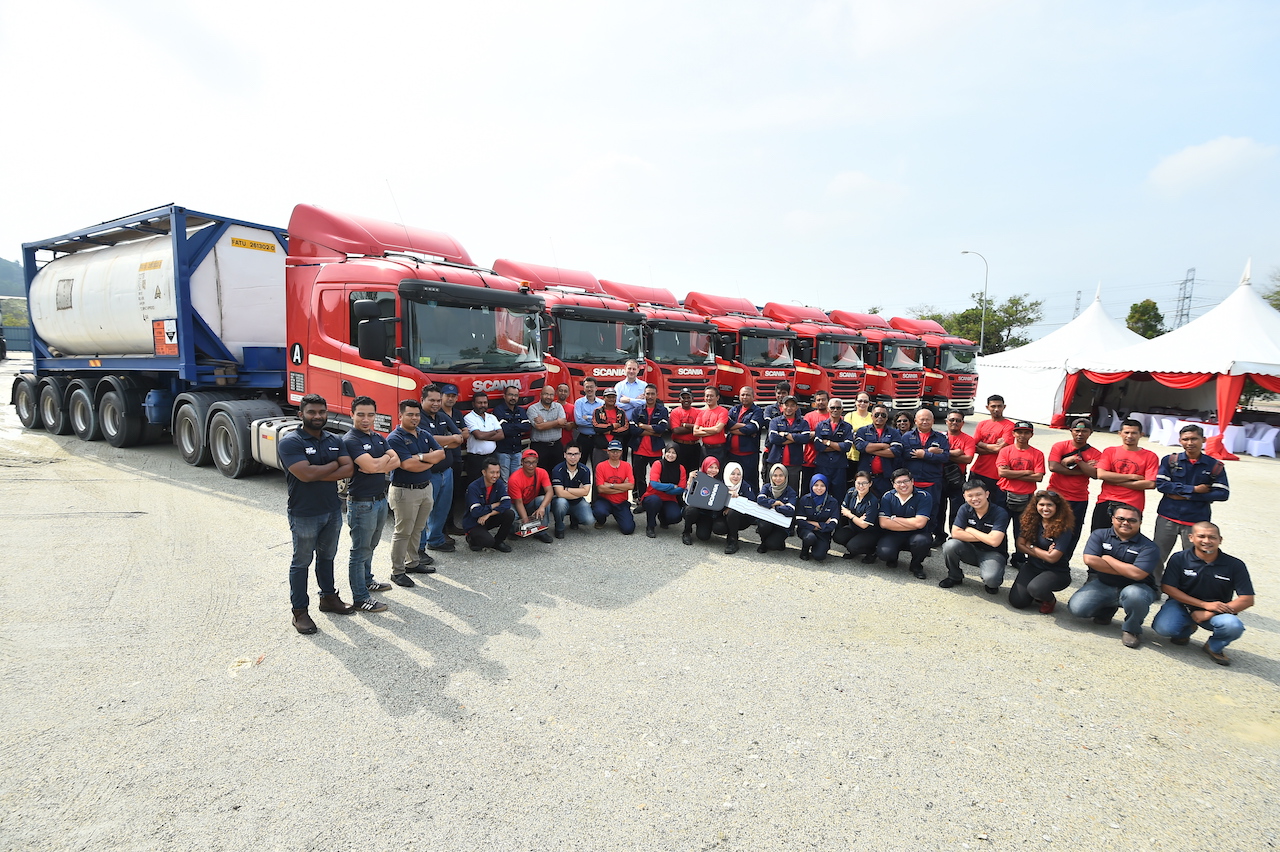 The trucks are equipped with the Scania Opticruise gear-change feature that promises better comfort and fuel economy while reducing clutch and synchromesh wear, as well as a fully-adjustable steering wheel to help drivers stay focused and alert on their journey.

Mr Tan also commented on the FMS suite of services, which digitally connects the Circular Agency office with their vehicles, and monitors the performance of their drivers. The system has enhanced the supervision of their drivers’ compliance with safety regulations set by the company.

In addition, Circular Agency signed a 7-year Repair and Maintenance Contract (R&M) for all vehicles, which can be fully utilised at nearby Scania service centres, making it possible for them to keep their trucks running with minimal downtime.

For Scania, the handover of the trucks is a further reflection of its commitment to the quality, safety and performance of its vehicles. Tom Kuiphuis said, “we are proud to be partner with Circular Agency for their long-haul operations and are indeed very happy that they have once again placed their trust in Scania for the best profitability and sustainability of their business.”