Kia to Make Malaysia the Manufacturing Hub for ASEAN 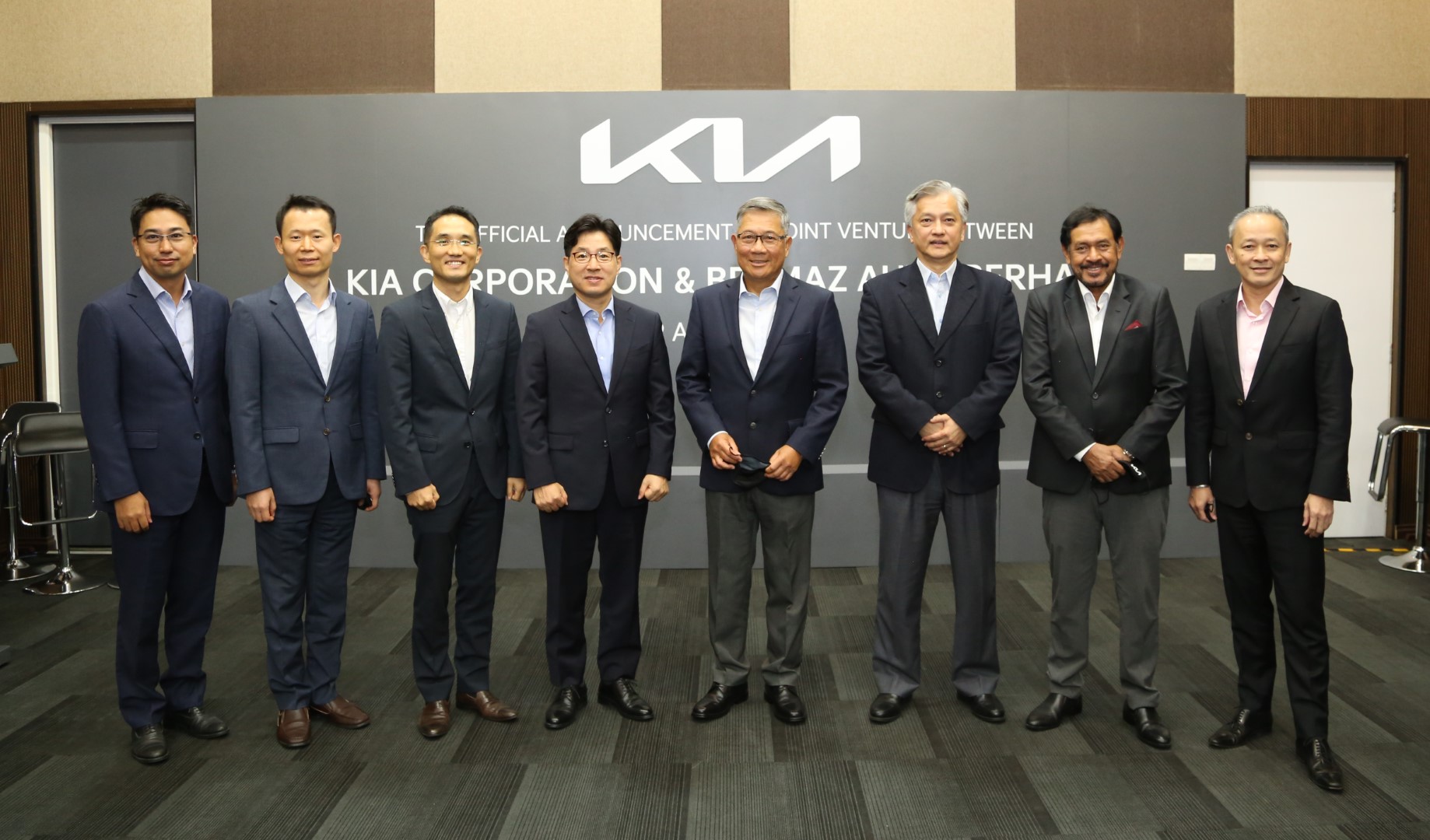 After a few months in limbo, the Kia brand has come back to life in Malaysia, as Kia Motors Corporation and Bermaz Auto Berhad (“BAuto”) have formed a strategic partnership to drive the expansion of production and assembly of Kia vehicles in Malaysia.

A newly incorporated company to be known as Kia Malaysia Sdn Bhd (“KMSB”) is expected to be formed to undertake the assembly of completely knocked down (CKD) Kia vehicles in Malaysia.

Kia Carnival, Seltos to be exported from Malaysia

To start with, three models are planned under the Kia JV for the Malaysian market whereby, Kia Seltos and Kia Carnival are slated for start of production under this new set up while the third model will be determined at a later stage.

Kia intends to make KMSB the regional manufacturing hub for its Kia brand of vehicles in ASEAN countries and other potential markets.

In line with its expansion plan and transformation strategy brought about by the new brand purpose, Kia has also appointed BAuto’s subsidiary, Dinamikjaya Motors Sdn Bhd (“DJMSB”), as the new distributor of Kia vehicles in Malaysia. Kia recognises the vast potential the market brings and finds it timely to raise the bar to progressively tap into its potential.

As the new distributor, DJMSB holds the right to distribute and sell Kia vehicles, CKD and completely built up (CBU), sale of genuine parts as well as in the provision of after-sales service and to build Kia’s brand reputation and awareness in Malaysia (“KiaDistributorship”).

“After months of searching for the right partner, Kia is delighted to enter into the Kia JV and Kia Distributorship with BAuto. With BAuto’s proven capability in successfully building up automotive marques in Malaysia and the Philippines as well as their automotive manufacturing experience, we believe we have placed the Kia brand in good hands under the capable leadership of its Executive Chairman, Dato’ Sri Ben Yeoh.” says Mr Tae Hun (Ted) Lee, the President and Chief Executive Officer of Kia Asia Pacific.

“We are pleased to be given this opportunity to undertake the Kia JV and Kia Distributorship with our partner, Kia under Hyundai Motor Group, which is Korea’s second-largest multinational automotive manufacturer and currently the fifth-largest automotive manufacturer in the world. Kia marque vehicles are well-known for their stylish looks, packed with smart features, frequent facelifts and new launches that keep prospective buyers excited over its products. The Kia JV and Kia Distributorship will complement our existing Group automotive businesses and we look forward to a successful collaboration with Kia.” says Dato’ Sri Ben Yeoh, the Executive Chairman of BAuto.

Mr Ted Lee further adds, “BAuto is a renowned public listed automotive company in Malaysia. It has a strong management team and good track record. Hence, Kia is confident that the Kia JV and Kia Distributorship will promote growth and bring synergistic benefits to both parties.”