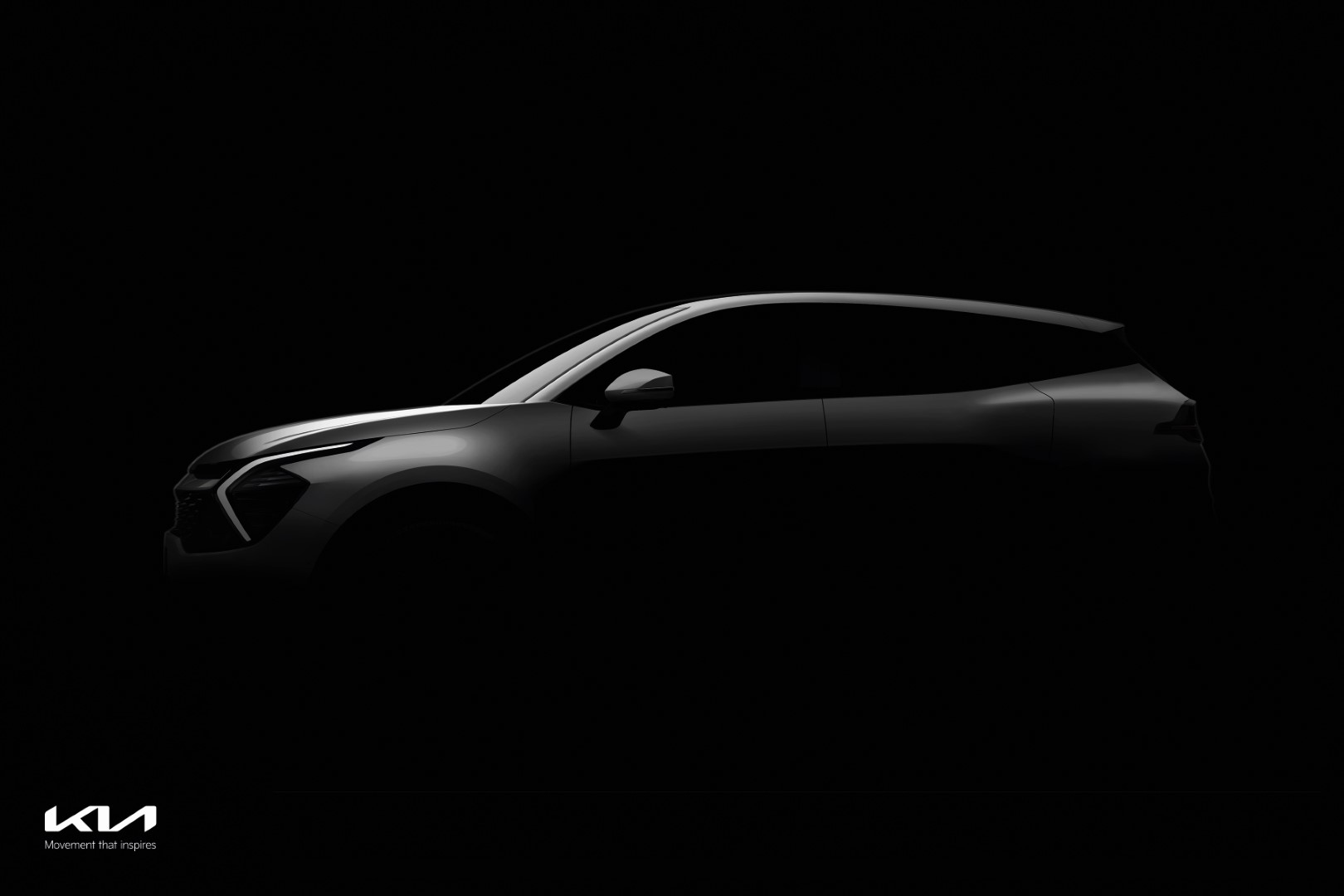 Kia has revealed the first official teaser images of the all-new Sportage – the fifth incarnation of the brand’s most popular SUV model.

Due to be revealed in July in Korea, Kia claims that the new Sportage has been carefully crafted to establish new benchmarks in its segment – with an “advanced” exterior and interior design, connectivity tech, and responsive yet highly efficient powertrains.

Kia also revealed that in September, for the first time in the model’s 28-year history, there will be a dedicated version of the Sportage made exclusively for the European market.

Revealed earlier this year to great acclaim from the design community, Kia’s new design language – Opposites United – is at the core of the Sportage, influencing every aspect of its appearance and character.

From what we can see, the early images hint at an assertive and cutting-edge presence for the SUV – paying homage to nature’s perfection and simplicity whilst connecting with the brand’s new design direction.

The new Sportage has a muscular stance and a strong yet refined silhouette. Notable new details include the crisp, taught character lines that ripple across the surfaces. The front creates an instant and thought-provoking statement, with a detail-orientated black grille graphic spanning the width of the face.

The interior design sketch reveals a driver-orientated space that plays with boldness in character, softness in qualities and innovation in technology. At the core is a beautifully sculpted integrated curved display.

“Taking inspiration from an ethos we created where nature meets modernity, the new Sportage challenges design norms with an adventurous yet contemporary exterior and a beautifully detailed and pioneering interior,” said Karim Habib, Senior Vice President and Head of Global Design Center. “With new Sportage, we didn’t simply want to take one step forward, but rather move to a completely different level within the SUV class.”

More details regarding design features of the all-new Sportage will be unveiled in the coming weeks, as well as information on the European version and the global specification.