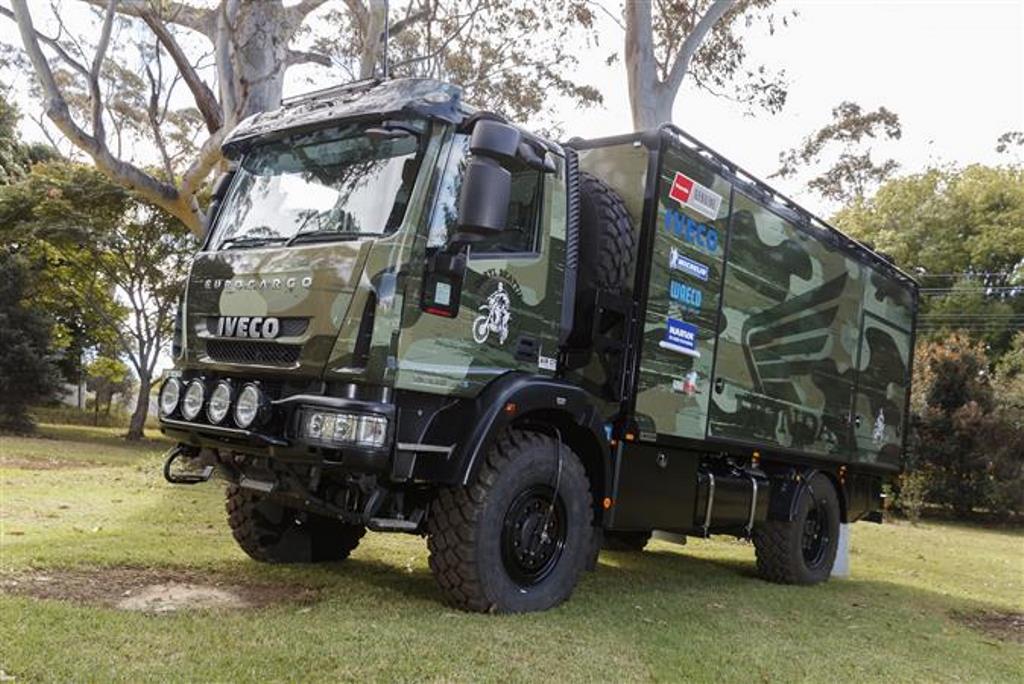 Starting ‘Daryl Beattie Adventures’ in 2013, Daryl leads personalised off-road motorcycle tours to some of Australia’s most remote and inhospitable locations including across the Simpson Desert, to Cape York and along the Canning Stock Route.

A vital component of each tour is a support vehicle charged with carrying food and water, fuel, spare parts and first aid equipment for tour participants.  It’s an important function and with Daryl’s previous truck showing some signs of age and having already reached its full potential, the search was on for a larger, more comfortable and reliable ride.

After researching the market, and with Iveco’s Dakar Rally victory still in recent memory, Daryl turned his sights to the Eurocargo ML 150 4×4, quickly settling on it and beginning a major customised fit-out.

“I’ve followed Dakar for a number of years and the Ivecos always perform strongly,” Daryl said. 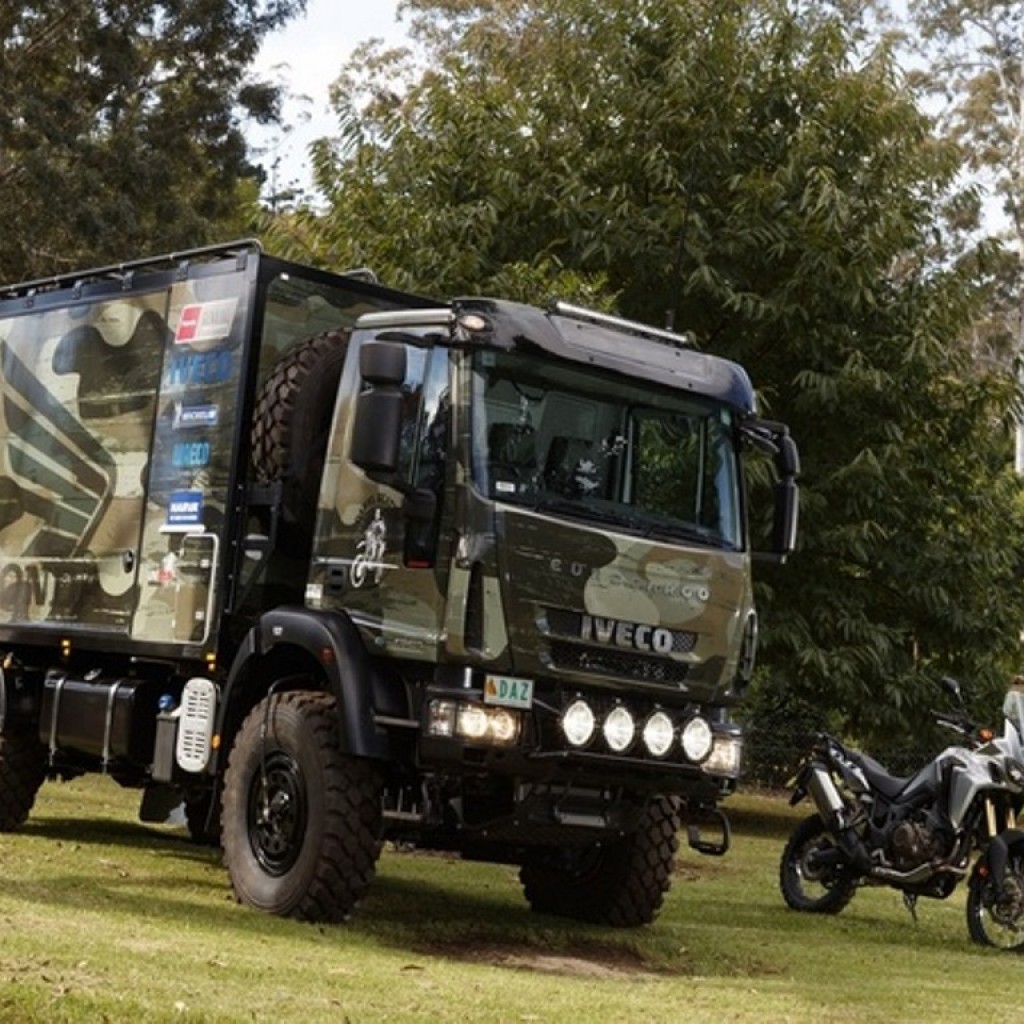 “I’m under no illusions that my Eurocargo 4×4 is a full blown Dakar racer, but I know from personal experience that the lessons of competition do make their way into production vehicles.  The Eurocargo 4×4 is also widely used for emergency service work in Europe and increasingly so in Australia.

“These factors, along with an excellent pre-sales experience with Iveco Australia gave me the confidence to go with the Eurocargo 4×4.”

According to Daryl, another benefit of purchasing the Iveco was having access to associated support services such as vehicle finance via Iveco’s own in-house financier, CNH Industrial Capital.

“I financed the vehicle through CNH Industrial Capital, they were flexible to deal with and I was also able to finance the body through them, this made things much easier and efficient for me,” Daryl said.

“As you can imagine, combine the truck purchase price and construction of a fully customised body and the costs really mount, it’s definitely too much to pay outright up-front for a small business.”

Other benefits include Iveco’s proven ‘Tector’ 6-cylinder, 5.9 litre turbo-diesel engine delivering 279hp and impressive 950Nm of torque from a low 1,200rpm.  Power is fed to the wheels via a ZF 6-speed manual synchromesh transmission.

Taking care of the truck’s body requirements and other modifications was specialist expedition body builder, Unidan Engineering, which left no stone unturned in providing Daryl with the ultimate support truck.

Access to the interior is via three gull wing-style doors – once open they provide easy access to a treasure trove of equipment.

On board is a 1400L custom polyethylene water tank, 4 x 110L Waeco fridge/freezers, a bike storage area with room for two Honda Africa Twins, bag racks and storage and racks for all bedding and supplies for 12 riders and the truck driver.  There is also a charging station for riders’ phones, cameras, laptops and other devices that’s able to provide both 12 and 240V power.

For a touch of luxury on the road, the truck also features a Waeco diesel hot water system and outdoor shower, while lighting up the vehicle is a full contingency of premium Narva interior and exterior equipment.

Add to this, extensive use of Unidan Engineering’s own custom bar work and we’ve only scratched the surface.

Daryl said the Eurocargo 4×4 had provided his business with a blank canvass to build an exceptionally capable fit-for-purpose truck.

“Our previous vehicle was somewhat of a compromise but with the Iveco build, there were no compromises made, we’ve used the best of everything,” Daryl said.

“The truck’s role in our tour is vital – the wheels need to keep turning or the tour stops and we’re left with a group of disgruntled customers.  The preparation and quality of the build leaves me very confident that the truck will do everything asked of it and more.”

This year, Daryl Beattie Adventures will conduct a total of nine tours, during which the Iveco Eurocargo 4×4 is expected to cover approximately 50,000 kilometres over some of Australia’s most demanding terrain.