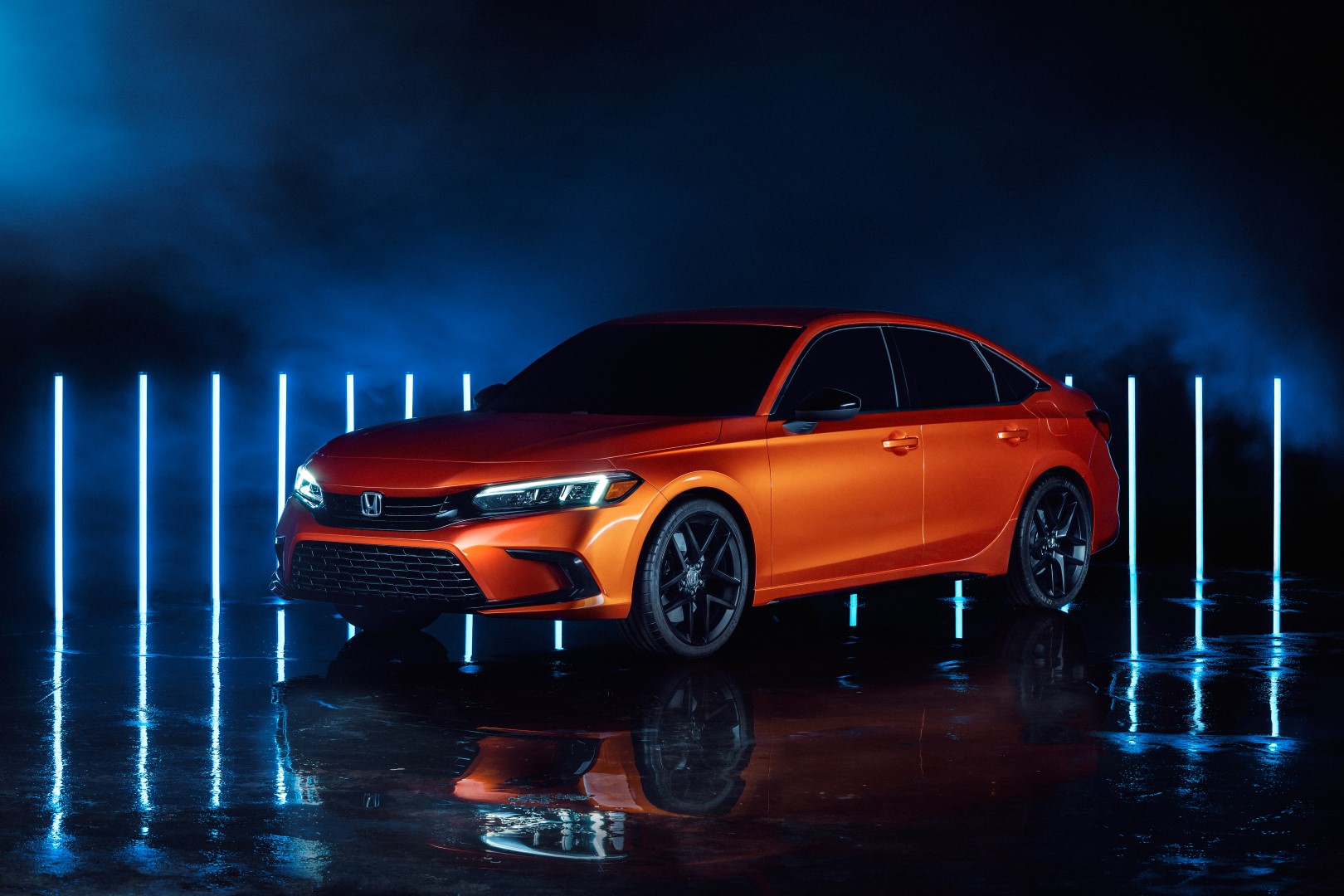 Believe it or not, it has been five years since the 10th generation Honda Civic “Ketam” said hello to the world, and it is already time for its successor to arrive in all its glory very soon, with headlights and taillights resembling the shape of a shrimp a.k.a the “Udang”.

After teasing us for a week, Honda today gave the world its first glimpse of the all-new 2022 Civic in prototype form in a striking new color called Solar Flare Pearl.

Honda also confirmed during the unveiling that there will be a Civic Hatchback, a performance-focused Civic Si which will never come to Malaysia, and the ultimate high-performance Civic Type R.

Aimed at young buyers, the 11th-generation Civic will carry forward the low overall height and low hip point just like the current Civic, and feature a low hood and front fenders, and a low horizontal beltline that grounds the body, accentuating the wheels and tires.

Looking much cleaner than the outgoing model, the new face of Civic features a clean and sophisticated look, emphasizing a low and wide stature with strong horizontal elements, including offsetting the upright grille below the headlights.

In the rear, the wider track of Civic is complemented by new taillights that emphasize width and on-road stability, and a playfully upswept yet aerodynamically-efficient trailing edge to the trunk lid.

In similar fashion, the all-new Civic will get a fully redesigned interior, inspired by the clean and uncluttered lines of earlier generations of Civic.

From what we can see, the instrument panel is free of visual clutter, minimizing cut lines and breaks to give drivers better visibility.

Stretching the width of the dashboard is a honeycomb mesh accent, which serves not only as a design element, but also conceals the visually busy air vents.

The all-new Civic will introduce multiple new active and passive safety systems as well, such as the upgraded version of Honda Sensing suite of safety and driver-assistive technologies, and multiple new airbag designs.

Technical details such as the powertrain options, and whether there will be a hybrid, are yet to be revealed, so watch this space for more updates on the all-new 11th gen Honda Civic.