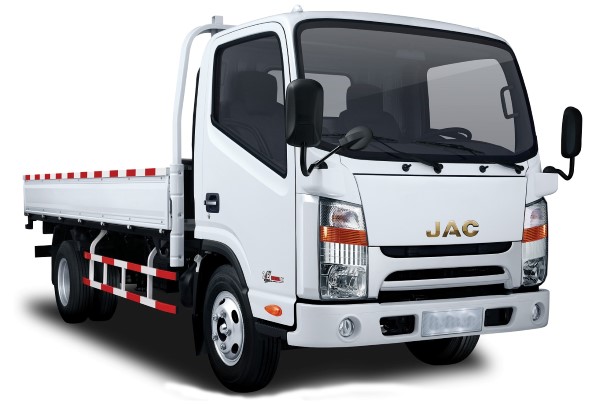 The total population of Pakistan is nearly 200 million. With the quickly -growing economy and a series of preferential policy release, Pakistan has become one of the most potential auto markets as well as one of important exported markets of JAC Motors.

‘One Belt and One Road’ area has more than 60 countries and JAC has exported its products to half of those countries. What’s more, JAC has established its joint-venture companies and assembly plants in a dozen of countries such as Pakistan and Vietnam. This brilliant achievement is due to the boosting of Chinese ‘One belt and one road’ huge challenge as well as JAC powerful R&D strength and excellent product quality.

So far, JAC has established a completed R&D system as its headquarters R&D center as core and Italy and Japan R&D centers as support, and complied with the R&D road of ‘Energy saving, environmental protection, security and intelligence’ as key technology. Now, JAC has mastered auto completed and spare parts core technology independently and ranked the top position among the independent auto brands.

Mr. Zhang Peng, the vice-general manager of JAC International said:’ In terms of auto market, there are 15 million units sales volume scale of ‘one belt and one road’ countries. JAC owns a completed series of commercial vehicle and passenger car. Meanwhile, JAC also owns its R&D system and manufacture capability. We’d like to support this area’s economy development under the guidance of national strategy and seek the cooperation’s space and opportunity.’

JAC will hold a series of launching activities of N-series light-duty truck in big cities of Pakistan launched. With the help of this new model, JAC will achieve a further breakthrough of sales and brand image.

Back Meet the 2017 Honda CR-V
Next Why cant we buy a 2×4 pickup truck with auto transmission?