With room for up to 150 passengers and five automatic sliding doors, 41 MAN Lion’s City GL CNGs will help to speed up local public transport in Copenhagen. These special city buses will be used for the new BRT line in the north of the Danish capital.

Arriva and Movia, the largest transport company in Denmark, announced that these buses will run on the new BRT line from Herlev, in the north of Copenhagen, through the city centre to the airport.

“The City Line is Movia’s first BRT line. On a number of sections these buses have their own bus lane, and that is why the vehicle needs to stand out”, says Klaus Kormann, International Key Account Manager at MAN Truck & Bus, adding “thanks to features such as the fairing, with its large individual headlights, the futuristic wheel arch covers and translucent bellows, it really does.” Since Movia does not itself own any vehicles, Arriva will be operating the line on its behalf. 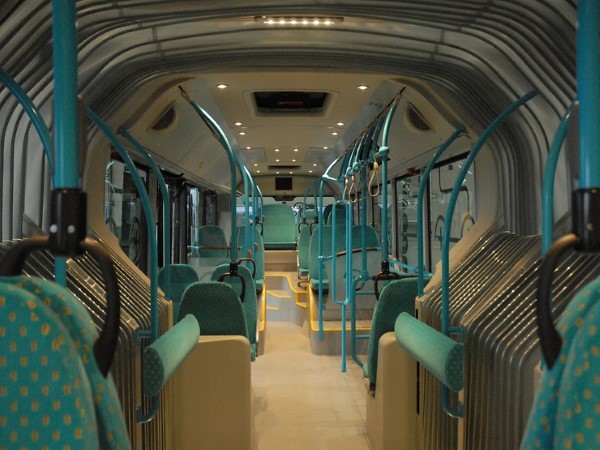 MAN won over Arriva and Movia not only with MAN Lion’s City GL A40 CNG’s design, but especially with the ingenious vehicle concept. It combines high passenger capacity with extremely rapid passenger flow. The 18.75 metre long city buses have five 1,250 mm wide, double-leaf swivel sliding doors and an optimized electric drive. “This considerably reduces stopping time, which saves not only time but also fuel”, explains Kormann. In addition, they can each carry more than 150 passengers on comfortable seats and generous standee platforms. To see just why the demand for city buses is so high, let’s take a look at the “City Line”: with more than 20 million passengers a year and up to 75,000 passengers a day, it is the busiest line in the north of Denmark’s capital.

Video cameras monitor the buses’ interior to ensure drivers can keep an eye on everything, however many passengers they have. There are also numerous safety features, such as EBS, plus ABS and anti-slip regulators, and light barriers on the swinging-sliding doors. The 310 HP (228 kW) city buses are fuelled with biogas. This means that MAN’s Lion’s City GL A40 CNGs have extremely low-emissions, making them a climate-friendly and economical mobility solution for urban transport. “Fuelled with biogas, these articulated buses are practically CO2-neutral, making them equivalent to full-electric vehicles”, says Kormann.