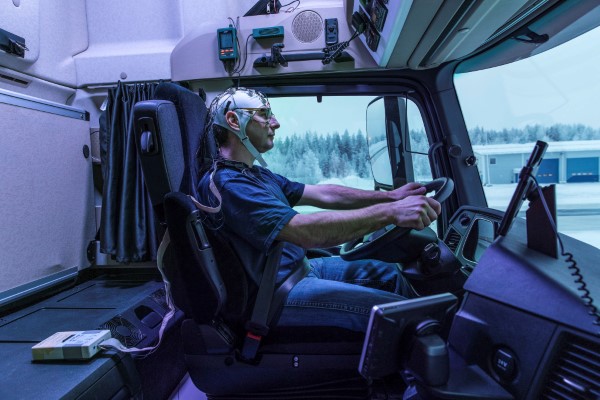 Does the biological effect of light have a positive influence on the well-being and performance of truck drivers?

A research team from Daimler has been exploring this interesting question in the darkness of Finland’s polar night.

A total of eight Daimler test drivers simulated two typical working weeks for truckers at the site in Rovaniemi. The truckers alternated between driving for one week in a truck cab with conventional lighting and for another week in a cab with a Daylight+ module that provides additional daylight while driving and during breaks.

In order to ascertain the possible benefits of applying daylight inside the truck cab, project manager and head of the experiment Siegfried Rothe from the Daimler research department defined the following statement as a working hypothesis: that an application of biologically effective light with a wavelength of between 460 and 490 nanometres has positive effects. He designed a sophisticated series of experiments in order to obtain valid results. 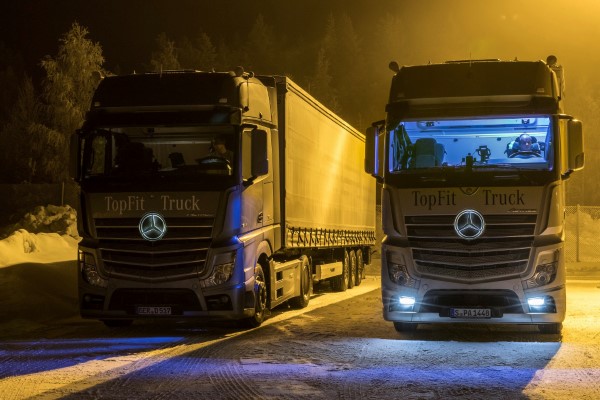 Light is one of those things that most people don’t give a great deal of thought to – provided that they aren’t suffering from a lack of light themselves.

And yet light dictates how life on Earth is organised. Among other factors, the shift from day to night and back again provides structure as a short-term time cycle, as do the changing seasons.

Evolution means that a number of internal clocks have adapted to these circumstances and these help to synchronise our circadian rhythms. What is particularly important in this context is regular switching between day and night.

For many years, scientists have been researching the complex relationships between the availability of biologically effective light and the physical and mental states of human beings. Various related health problems have been defined.

One of the most common is seasonal affective disorder (SAD). A lack of light is a serious problem for many people in the countries of Northern Europe, for example, where it barely gets light during the winter months and this can result in poor mood, reduced performance and a lack of motivation. Light therapy is a standard method of treating these symptoms medically and of successfully combating them. 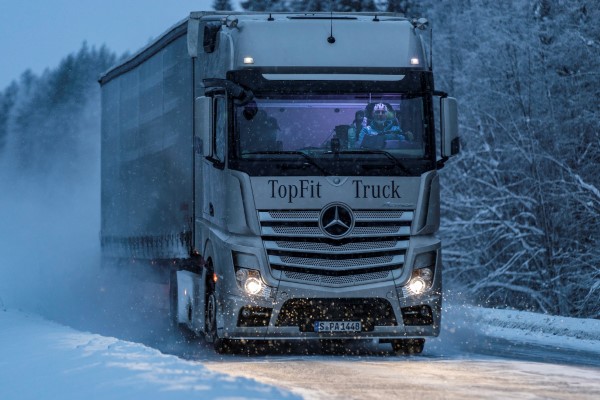 A lack of light is a serious problem for many people in the countries of Northern Europe, for example, where it barely gets light during the winter months and this can result in poor mood, reduced performance and a lack of motivation. Light therapy is a standard method of treating these symptoms medically and of successfully combating them.

The results of an initial series of experiments with engineers from the test drive department were unambiguous. The subjective condition of all test subjects improved significantly under the influence of an additional dose of light, regardless of the time of day. Another finding proved surprising: the test drivers with more daylight in the cab drove more economically.

At the end of the two-week cycles, the individual drivers were interviewed, having previously recorded their subjective impressions. Richard Schneider and Philippe Strasser, two truck test drivers for Daimler, spent time in the Arctic Circle at the darkest time of the year, just before the winter solstice. Both of them expressed enthusiasm for Daylight+ separately. Feedback from the truck test drivers also provided a new insight for Siegfried Rothe. The drivers consistently reported that they perceived the space inside the cab to be considerably more pleasant with the additional light fitting.