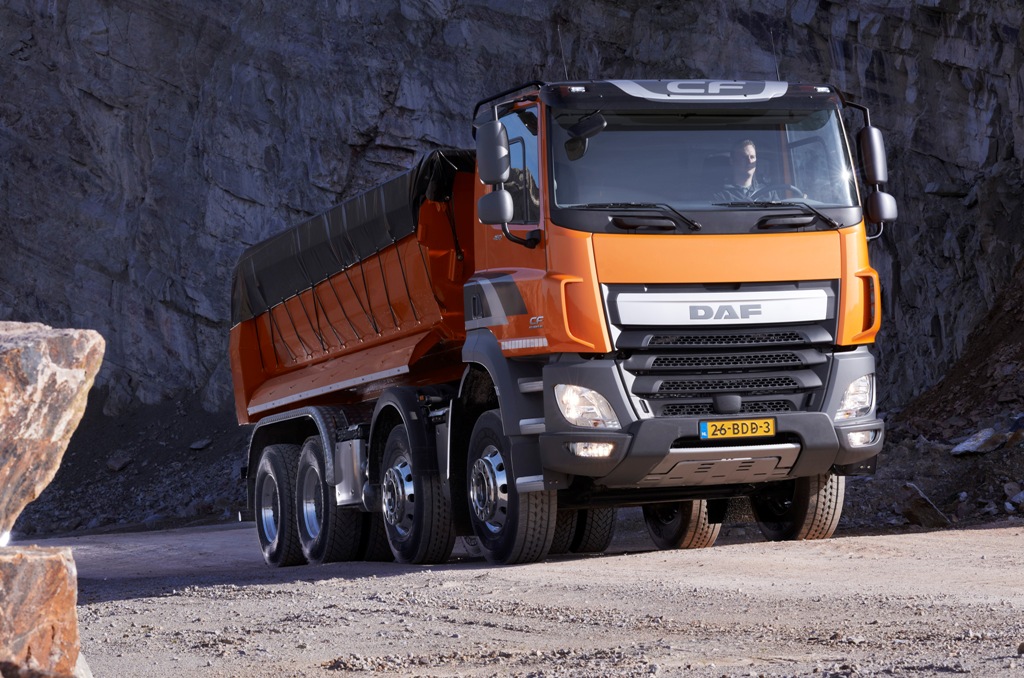 Dutch truck manufacturer DAF has announced it is expanding its Euro 6 offering with a range of four-axle CF and XF rigids and tractors for special and heavy-duty transport applications. The new four-axle vehicles will complement DAF’s range of two- and three-axle CF and XF tractors and rigids with single or double drive, and will be offered in a choice of configurations including conventional 8×4 and 8×2.

The new CF range includes the FAX configuration with four axles, with two steered front axles (eight or nine tonnes) and a rear bogie consisting of an 11.5-tonne driven axle and a 7.5-tonne steered trailing rear axle. The FAX CF has a GVW of 32 tonnes and can be specified for drawbar operation up to 44 tonnes. It offers extra manoeuvrability for distributing construction materials, plant or machinery, and a crane can be mounted behind the cab.

For the first time in the UK, DAF is also offering a four-axle FAQ featuring the three rearmost axles mounted at the rear to form a tridem popular for special applications because of its ability to cope with loads biased towards the rear of the vehicle, while providing good manoeuvrability.

The CF FAQ comes with single front axle rated at either eight or nine tonnes. The tridem consists of a steered leading rear axle, a driven rear axle and a steered trailing axle with a combined capacity in the UK of 24 tonnes. The FAQ has a maximum GVW of 32 tonnes. For heavy-duty and special transport, DAF is offering an 8×4 XF tractor where the tridem consists of a double-drive tandem and a steered leading rear axle. Dubbed the FTM, the truck offers increased traction and a high load capacity. 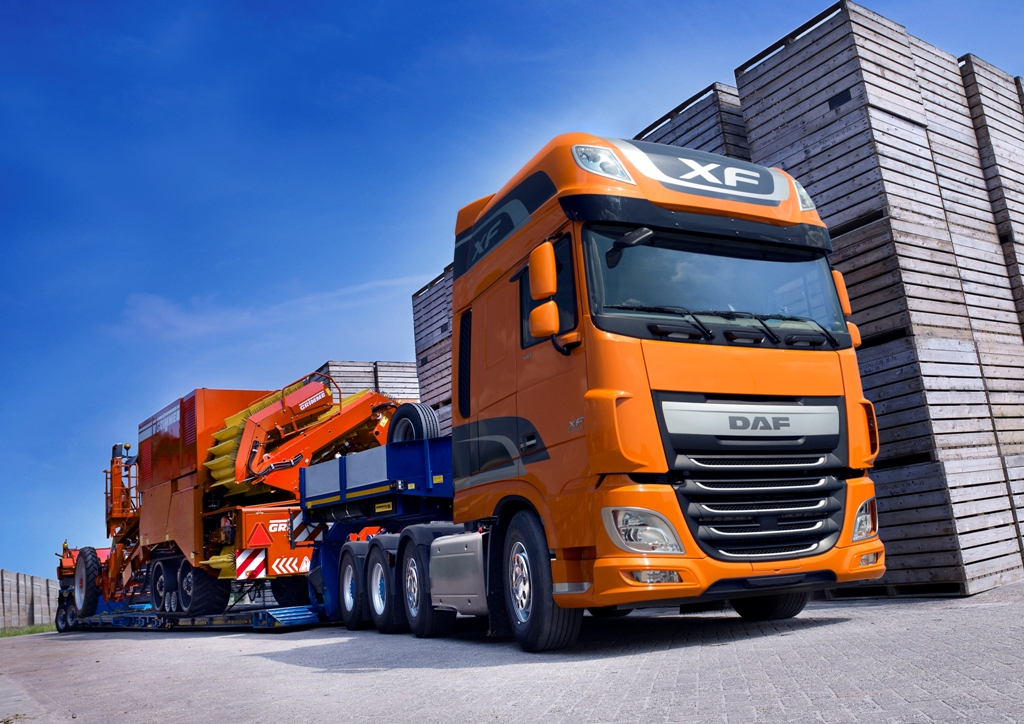 Equipped with an eight or nine-tonne front axle and an eight-tonne leading rear axle and double drive tandem with single or hub reduction axles on either steel or air suspension at the rear, the XF FTM tractor can operate up to 150 tonnes GTW in Special Types operation.

DAF said an optional AS-Tronic automated gearbox is available with special gear-shifting patterns for regular use over long distances, the transport of liquids, off-road applications or heavy-haulage use, where the transmission shifts more quickly so speed loss is minimised when changing gears.