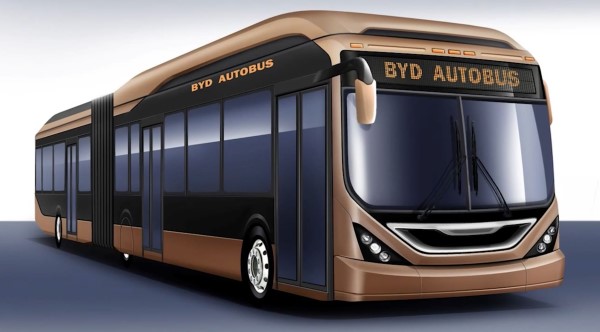 BYD Korea, along with South Korean firm Ezwelfare Co. Ltd, have agreed to supply 21 units of 7m pure electric coaches to Jeju Island, a popular South Korean vacation spot. Senior BYD and Ezwelfare representatives and Jeju Island’s Consulate General of China and government officials were at the signing ceremony to witness the record setting deal. It is the largest order ever placed by South Korea for electric buses and the largest ever won by an electric coach manufacturer in the developed countries in East Asia.

“Jeju Island’s ambition to become carbon neutral by 2030 is in line with BYD’s aims of full transport electrification,” said Liu Xueliang, General Manager of BYD’s Asia Pacific Auto Sales Division. “We are honored to introduce BYD electric vehicles to South Korean market along with the BYD SkyRail, our straddle monorail. These will enable residents of both Jeju Island and the rest of South Korea to reap the benefits of new energy products.”

The deal comes just weeks before BYD’s 12m pure electric bus makes its commercial debut in South Korea after being used as an official vehicle at the 3rd International Electric Vehicle Expo in March 2016. The delivery of the 12m electric bus will add to the list of BYD electric vehicles already in the market including forklifts.

The local government of Jeju Island aims to make all vehicles electric by 2030 as a way of protecting the environment, its main draw card for the tourism sector on which it depends. The province also plans to complete an extensive network of charging stations as part of the initiative. The local government’s landmark deal with BYD is a step towards realizing its vision.

Back Avtoros Shaman 8×8 all-terrain vehicle – the end all, be all for ATVs.
Next TATA total protection service campaign now on