The British government has given the go-ahead for the first trials of convoys of semi-automated trucks on UK motorways. Up to three wirelessly connected HGVs will travel in convoy, with acceleration, braking and steering controlled by the lead vehicle, a concept named platooning. Each lorry will have a driver in the cab ready to retake control at any time. 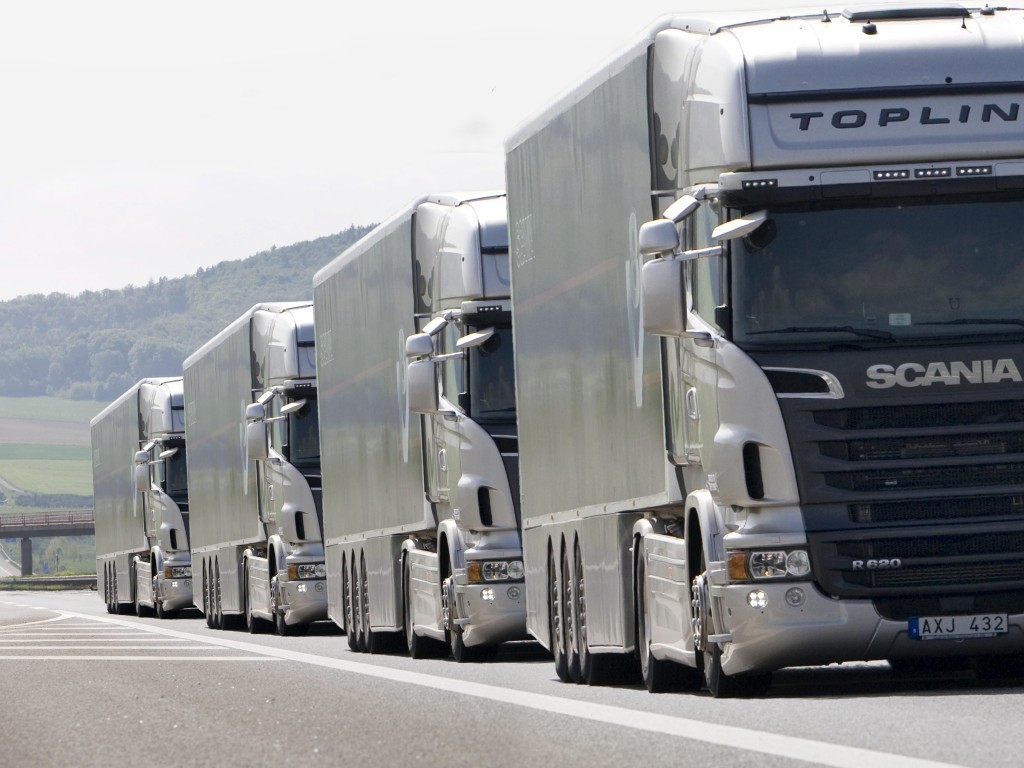 The government is providing £8.1m in funding for trials of the technology. The Department for Transport (DFT) and Highways England have yet to confirm where the first tests will be carried out, but said they were expected on major roads by the end of 2018.

Proponents say platooning could cut both congestion and the cost of fuel for hauliers, although motoring organisations have voiced concerns about safety, particularly on motorways.

The DFT said the technology could have major benefits, with vehicles in the slipstream using less fuel, lowering emissions and improving air quality.

The transport minister Paul Maynard said: “We are investing in technology that will improve people’s lives. “Advances such as lorry platooning could benefit businesses through cheaper fuel bills and other road users thanks to lower emissions and less congestion. “But first we must make sure the technology is safe and works well on our roads, and that’s why we are investing in these trials.”

An earlier attempt to launch tests in the UK, heralded in 2016’s spring budget, stalled after a fruitless search for a HGV manufacturer to participate. The platooning trial will be conducted by the Transport Research Laboratory (TRL), which has been involved in other tests of driverless vehicles, including passenger shuttles in Greenwich and autonomous delivery pods for online shopping.