All You Need to Know About the New Ferrari 296 GTB 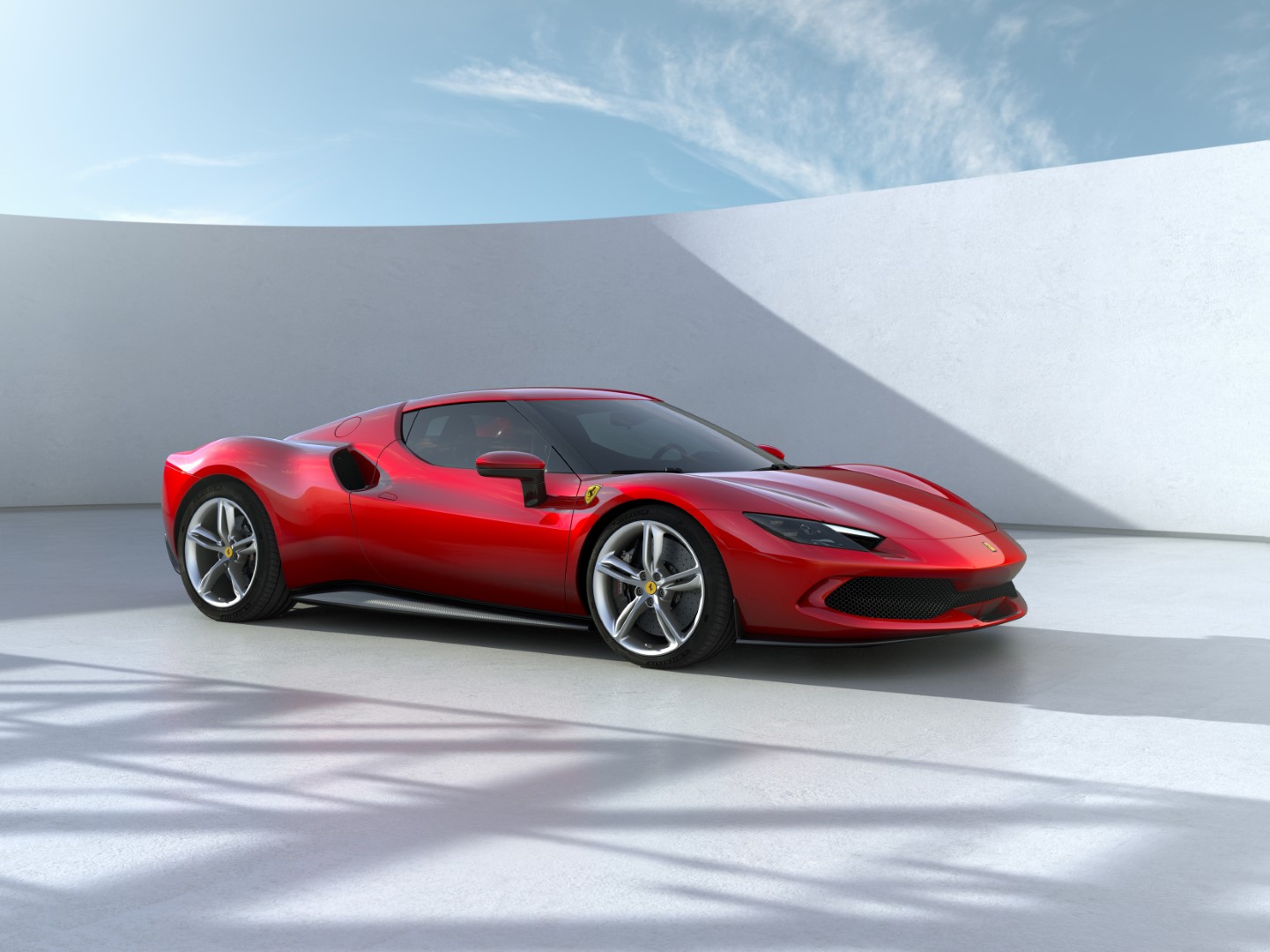 The 296 GTB, the latest evolution of Maranello’s mid-rear-engined two-seater berlinetta, was premiered recently during an online event broadcast on Ferrari’s social media and web channels.

The 296 GTB ushers in an authentic revolution for Ferrari as it introduces a new engine type to flank the marque’s multi-award-winning 8- and 12-cylinder power units: a new 120° V6 coupled with an electric motor capable of delivering a further 122 kW.

This is the first 6-cylinder engine installed on a road car sporting the Prancing Horse badge; it unleashes its massive 818 hp output.

For those who’re wondering, the car’s name actually combines its total displacement and the number of cylinders with the addition of the GTB (Gran Turismo Berlinetta) acronym to underscore this new engine’s importance to Ferrari.

This new V6 has been designed and engineered from a clean sheet by Ferrari’s engineers specifically for this installation and is the first Ferrari to feature the turbos installed inside the vee.

This is also the first ever Ferrari with a rear-wheel drive-only PHEV (Plug-in Hybrid Electric Vehicle) architecture in which the ICE is integrated with a rear-mounted electric motor producing up to 122 kW (167 cv) derived from the Formula 1 application from which it also inherits the MGU-K (Motor Generator Unit, Kinetic) moniker.

From a chassis perspective, the wheelbase is 50 mm shorter than previous Ferrari mid-rear-engined berlinettas to the benefit of the car’s dynamic agility. Other solutions that enhance the car’s handling and performance include the brake-by-wire system, the ‘Aero’ brake callipers, electric power steering, the rear active aero device and SCM-Frs magnetorheological dampers.

Weight was also saved by equipping the 296 GTB with a single electric motor driving the rear wheels only.

The Ferrari 296 GTB’s design is the result of the desire of the Ferrari Styling Centre to redefine the identity of the mid-rear-engined two-seater berlinetta by giving it an extremely compact line with an original, modern look.

Thanks to its short wheelbase and its monolithic, sculpted structure, the 296 GTB is indeed the most compact berlinetta to emerge from Maranello in the last decade.

This styling theme is interpreted through two “faired-in teardrops” which are set into the front of the car like jewels. The effect is completed by the formal composition of the DRL, which acts as the signature of the front of this car, and the brake air intake.

The central single-grille styling theme has been given a new twist by reducing the height of the grille in the centre. The result is a bar-bell shape which hints at the presence of the two powerful radiators. In the central section is a compact suspended wing, reminiscent of solutions adopted in F1.

With the lights off, a thin “black screen” line runs horizontally the entire width of the rear. When the taillights are on, two strips of light appear on either end of the rear.

The designers chose to reinterpret the traditional twin round taillights by incorporating the other light functions in two semi-circular indents in the rear surface below the side lights.

The 296 GTB also features a single central exhaust tailpipe – a modern touch. The exhaust design completes the lower part of the profile of the centre of the bumper, which extends upwards to the taillights at either end, thereby emphasising the horizontal feel of the rear of the car.

The central wing is stowed in the bodywork between the taillights and completes the design. This integrated solution is the perfect marriage of functionality, technology and design, guaranteeing that the aerodynamic performance required is delivered without sullying the purity of the design.

The 296 GTB’s cockpit was developed around the new concept of an entirely digital interface which Ferrari first debuted on the SF90 Stradale.

When the engine is off, the onboard instruments go black, enhancing the minimalist look of the cabin. Exclusive Italian leather trim to the seats and trim is further enhanced by the noble technical materials used on the functional components.

Once the capacitive ‘Start Engine’ button is touched, all of the components gradually spring to life and the 296 GTB reveals its technological glory in the form of an exceptionally modern, ergonomic and completely digital interface.

For clients who want to exploit the car’s extreme power and performance to the utmost, the 296 GTB Assetto Fiorano package is available; it is completely uncompromising in terms of maximum performance, thanks to significant weight reduction and aero content.

Most notably, these include special GT racing-derived adjustable Multimatic shock absorbers optimised for track use; high downforce carbon-fibre appendages on the front bumper that can deliver an additional 10 kg of downforce, a Lexan rear screen, and more extensive use of lightweight materials such as carbon-fibre for both cabin and exterior.