2020 Audi A5 Sportback is Now Available in Malaysia
Latest News

2020 Audi A5 Sportback is Now Available in Malaysia 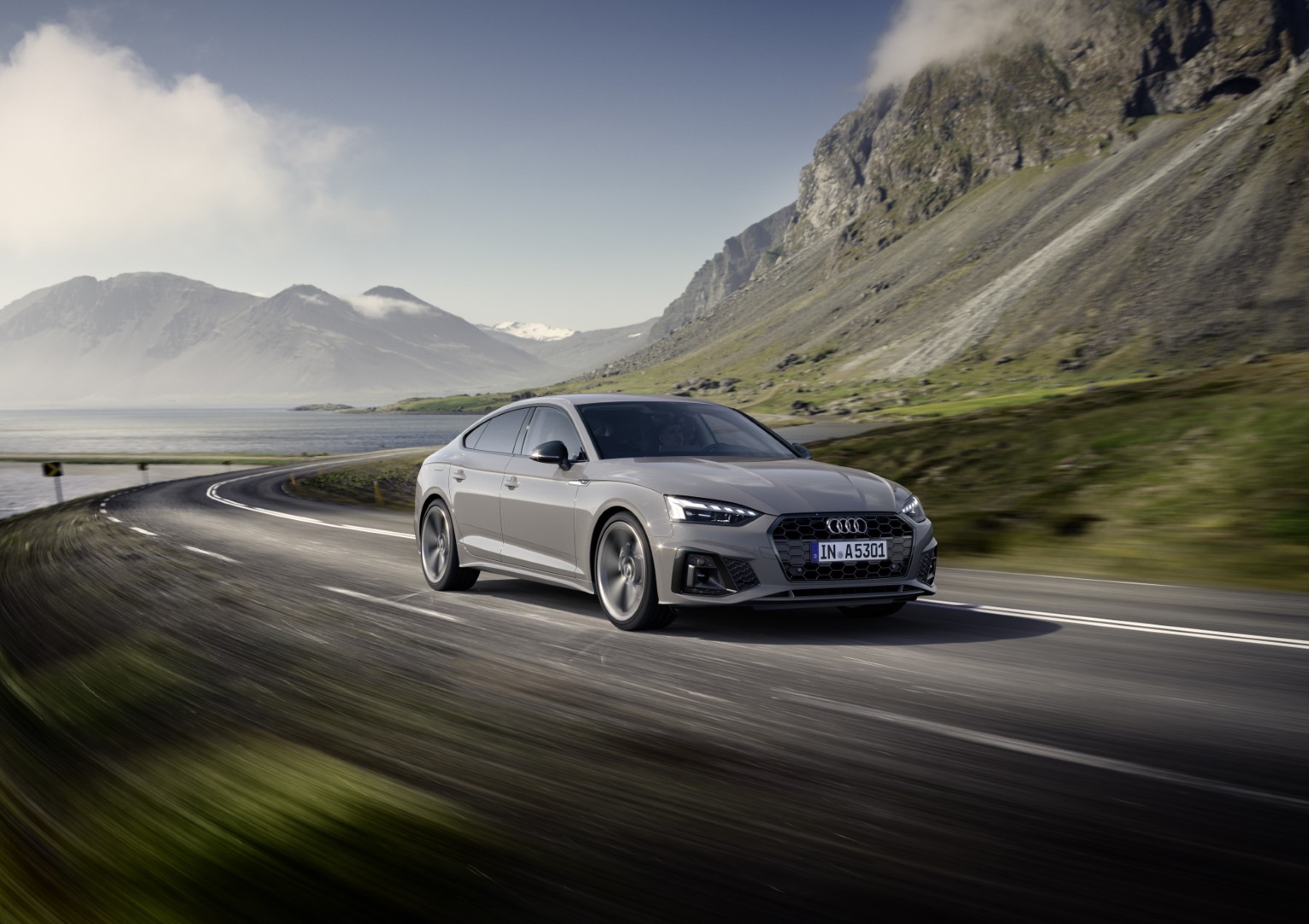 The updated 2020 Audi A5 Sportback is officially available in Malaysia, and it features a new, tauter look and the cutting-edge MMI touching operating concept.

Design wise, Audi has significantly revised the exterior, with the front end, in particular, exuding an even more powerful resolve. The Singleframe with the honeycomb grille is flatter and somewhat wider.

Ventilation slits above the grille are reminiscent of the classic Audi Sport quattro from 1984. A bold blade forms the lower edge of the bumper, which features larger air inlets.

A new sill provides for a slimmer appearance when viewed from the side; a diffuser insert with trapezoidal tailpipes makes the back of the car look wider.

All body and engine variants in the A5 product line roll off the assembly line with the top-of-the-line Matrix LED headlights and LED rear lights featuring dynamic turn indicators as standard equipment for Malaysia. Horizontal lines dominate the interior of the A5 models.

With its new MMI touch system, the Audi A5 offers a user experience similar to a contemporary smartphone. A 10.1-inch touch display with acoustic feedback replaces the rotary pushbutton used in previous models. The graphics are clean and reduced; the menu structure reflects the expectations of the user.

In Malaysia, the range comes standard with the top-of-the-line MMI navigation plus infotainment control center. Integrated with Audi Smartphone Interface, the system offers seamless access to both Android Auto and Apple CarPlay.

New functions also make navigation intelligent and intuitive by suggesting routes previously driven. The myAudi app connects the car with the customer’s smartphone. The standard personalization allows the creation of as many as seven different user profiles for storing personal settings and preferences.

The updated Audi A5 uses a new main unit with increased computing power – the third-generation modular infotainment platform (MIB 3). This is the first Audi offered in the country to feature MIB 3.

The driver controls the full-HD, 12.3-inch display (1,920 x 720 pixels) of the Audi virtual cockpit via the multifunction steering wheel and can choose between three views. With functions on demand, the customer will be able to access their car functions at any time using the myAudi app.

The updated Audi A5 range comes to Malaysia with two 2.0 TFSI engine and drivetrain combination; a 150 hp and 249 hp.

Both are paired to a seven-speed S tronic transmission while the latter version, which comes in the “advanced” trim level, also feature quattro drive with ultra technology. The system distributes drive force as the situation dictates to deliver enhanced dynamism and efficiency while driving.

The Audi A5 is able to coast with the engine switched off between 55 and 160 km/h. During this time, the lithium-ion battery powers the electrical consumers. The start-stop range operates from as low as 22 km/h. When the accelerator is depressed, the BAS restarts the engine quickly and smoothly.

When stopped, this happens while the brake pedal is still depressed as soon as the vehicle in front begins to move. In real-world, everyday operation, the MHEV system can reduce fuel consumption by up to 0.3 liters per 100 kilometers according to Audi measurements.

Available at all Audi showrooms including the new Audi Online Showroom, the pricing for the 2020 Audi A5 Sportback is yet to be announced, so watch this space for more updates.