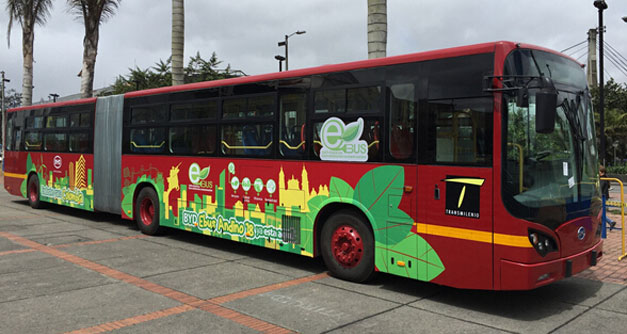 BYD has recently held a press conference to announce its first 18-meter high floor pure electric bus in Bogota, Colombia. It is said that the launch was in line with BYD’s strategic moves to expand its new energy vehicles globally.

By equipping it with its proprietary core advanced technology, the fire-safe, non-toxic, iron-phosphate battery, combined with in-wheel motor drive and regenerative brakes, BYD’s 18-meter pure electric bus offers the most economical solution, and eliminates the uncomfortable jerks and vibrations of conventional diesel buses.

Fred Ni, Vice president of BYD America stated that this bus takes only 2.5 hours to fully charge and features more than 280km driving range on a single charge. This June, the BYD 18-meter pure electric bus will officially start testing in Bogota. BYD’s global expansion of its pure electric vehicles has been outstanding, reaching over 150 cities in 36 countries worldwide.

Gabriel Vallejo López, the Minister of Environment in Colombia spoke highly of BYD pure electric buses. He said that when thinking about how to cope with the greenhouse effect, the first thing to come to mind should be pure electric vehicles. 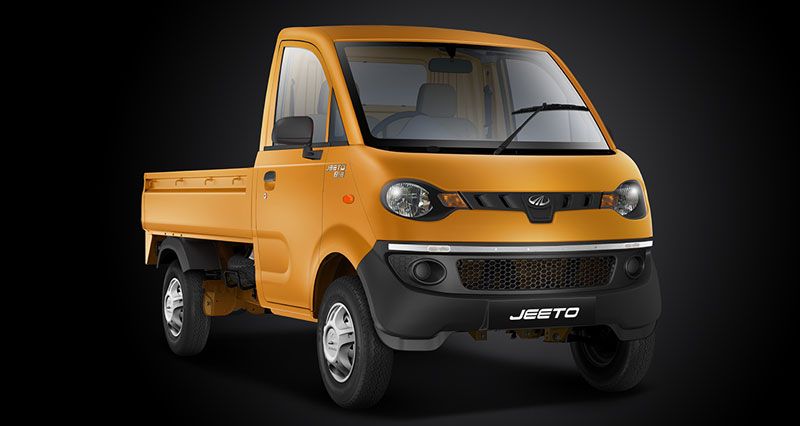 Mahindra launched its all new small commercial vehicle, Jeeto from its Zaheerabad plant in the state of Telangana yesterday.

According to Mahindra, the Jeeto is the first ever product in its category with a modular range of 8 mini-trucks to cater to the varied needs of the sub 1 tonne load segment customers, and will be available in S, L & X series, catering to mini-truck, micro-truck and 3 wheelers customers.

The Jeeto also comes with a warranty of 2 years/40,000km (whichever is earlier). It will be available in 5 attractive colours of Diamond White, Sunrise Red, Mango Yellow, Ultramarine Blue and Premium Biege.

Celebrating 67 years of iconic Land Rover production, a unique vehicle has been built to commemorate the UK production of the two-millionth Series Land Rover and Defender.

With a bespoke design and an all-star cast of special guests helping to complete the momentous build, ‘Defender 2,000,000’ has been created to be a fitting tribute to almost seven decades of Land Rover production in the Solihull plant, UK.

Inside, the leather seats also feature the ‘Red Wharf Bay’ graphic and ‘no 2,000,000’ logos have been stitched on the headrests. A bespoke aluminium plaque, signed by everyone who helped to assemble the vehicle is fitted to the driver’s seat plinth.

In December 2015, collectors and Defender fans will be given the opportunity to own this unique piece of Land Rover’s history when it is auctioned by prestigious and globally renowned auction house, Bonhams. Reflecting Defender’s heritage, all proceeds will be donated to Land Rover’s humanitarian and conservation partners – the International Federation of Red Cross and Red Crescent Societies (IFRC) and the Born Free Foundation.

During May 2015, a team of life-long Defender fans were invited to join the Solihull production line in May to help build this one-of-a-kind vehicle, including adventurer Bear Grylls.

Representatives from the IFRC and Born Free also made the journey to Solihull to fit their part to the vehicle, including actress and founder of the Born Free Foundation Virginia McKenna OBE.

The vehicle will be publicly unveiled by Bonhams at Goodwood Festival of Speed, being held 25-28 June. 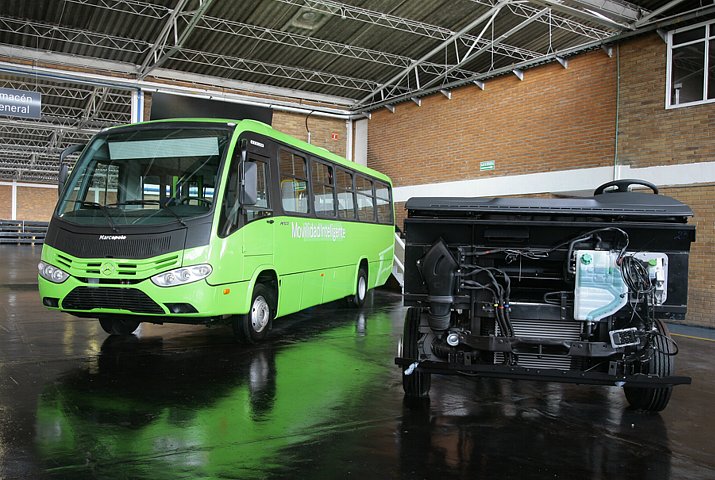 Daimler is further expanding its bus business in Latin America with a new bus plant in Funza near Bogotá with an installed capacity of 4,000 units per year.

“With our modern bus portfolio featuring BlueTec 5 technology, we are meeting the growing demand of the Colombian market and our neigh-bouring Latin American countries for clean and efficient vehicles”, says Mathias Held, President of Daimler Colombia S.A.

With the new bus plant in Funza, Daimler strengthens its production network for commercial vehicles in Latin America which is managed by Mercedes-Benz do Brasil. They include the three production plants in Brazil located in São Bernardo do Campo, Campinas and Juiz de Fora. The integrated production network also comprises the Argentinian plant in Buenos Aires as well as the new Colombian plant in Funza near Bogotá. With a total of five production sites, Daimler is thus the largest manufacturer of commercial vehicles in Latin America.

In the difficult market environment of 2014, the Daimler Buses division was able to secure its leading market position in Latin America with a market share of 48.6 percent and sales of 17,600 units. 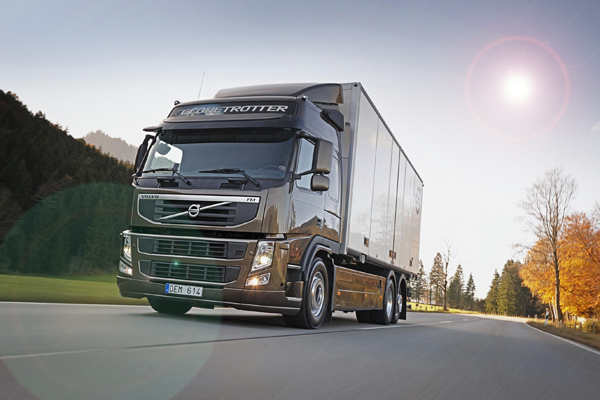 Arriving in time is important in all transport operations, but for time-critical transports it can be a crucial key to retaining a haulage contract. With Volvo Trucks’ new positioning service, Positioning+, it is possible to track the vehicle’s geographic location, minute by minute. It’s a facility that creates the necessary prerequisites for more efficient logistics.

“One good example is the concrete industry. Timing is everything – down to the very minute the truck must roll up to take delivery of its load of concrete. When mixing concrete, the mixture is individually adjusted to match the time needed for loading and the time needed for delivery and casting. With Positioning+ it is possible to precisely determine when the truck will arrive and to prepare the concrete blend accordingly,” says Johan Östberg, Product Specialist at Volvo Trucks.

Apart from the real-time positioning feature this service makes it possible to define a geographic area, a route or an entire country and receive messages every time a truck passes through these defined areas. This is particularly useful in warehousing operations, where staff need to know when a truck arrives and when it leaves so they can carry out follow-on activities. For certain types of transport the positioning service also offers additional benefits.

“If a truck deviates from its route, the system issues an alert. This creates a safer, more secure working environment for drivers hauling high-value goods,” explains Johan Östberg. 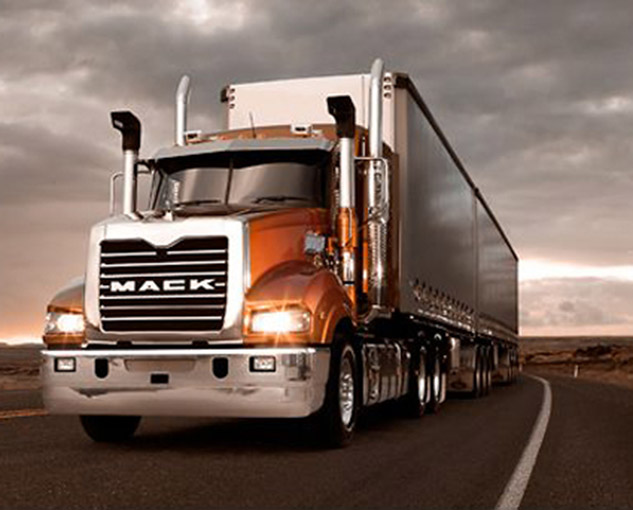 GuardDog Connect is a proactive diagnostic and repair planning solution that monitors critical fault codes that could potentially shut down a truck or lead to an unplanned visit to the dealer. Available and standard in Mack Granite, Pinnacle, Titan by Mack and TerraPro concrete pumper models, GuardDog Connect now monitors more than 25,000 Mack models and has maximized customer uptime by reducing diagnostic and repair times by 70 percent and 21 percent respectively.

To further support customer uptime, Mack opened its Uptime Center in late 2014. Located near Mack headquarters in Greensboro, North Carolina, this unique facility houses personnel from every customer support function and connects them to Mack customers and dealers through Mack ASIST, a web-based service management system that enables faster repairs by connecting fleet managers and service providers in real time.

The TU-Automotive Awards are among the most prestigious awards in the connected vehicle industry, featuring 12 award categories and more than 500 entries from around the world. A panel of six independent judges evaluated all entries before determining a winner for each of the 12 categories. 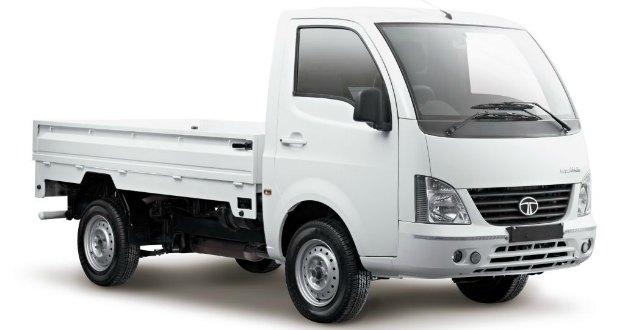 Tata Motors and ICAR SA will start with the production of Tata Xenon pickups and light commercial vehicles Ace and Super Ace. The Tata Xenon will be the most powerful pick-up in the Tunisian market with 140 horsepower and 9 blades leaf spring suspension set-up. The vehicle will also be one of the best equipped, with air conditioning, power steering, alarm, power windows and power mirrors. Tata Motors will offer 3 variants of the pickup: the Single Cab 4X2 and Double Cab in the 4X2 and 4X4 configuration.

The Tata Super Ace and Tata Ace will open the door to a new small utility segment in Tunisia, with several application based vehicles for small businesses.

The distribution of Tata Motors vehicles and after-sales service will be provided by Le Motor SA, and the product will be available throughout Tunisia starting from September 2015 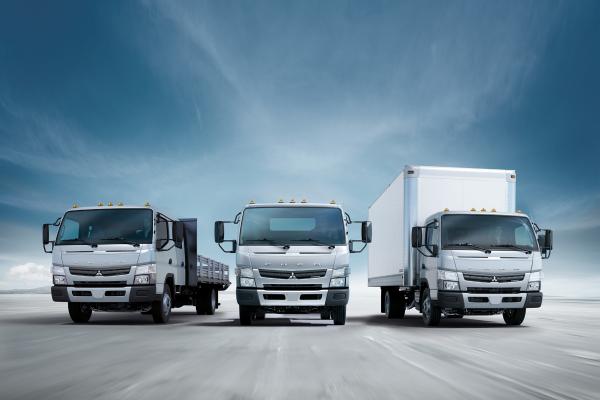 As of June 1, 2015, Mr. Tameo Miwa, former Head of Sales Center Minami-Kanto & Koshin, succeeded Mr. Suehiro as Head of Mitsubishi Fuso Sales Japan. Joining the company in 1986, Mr. Miwa is an expert with a solid background in sales in Japan and has close relationships with our customers.

Mr. Marc Llistosella, Head of Daimler Trucks Asia, MFTBC President and CEO, stated: “We would like to express our appreciation to Mr. Suehiro for his great contribution to the company for the last 35 years. He has helped modernize the company with the consolidation of our own retail network in Japan, as well as the contribution to our sustainability concepts, including the introduction of iPads as tools for all sales and customer service personnel, the establishment of new service center in Yame, Kyushu, Japan, and the renewal launch of the Iwaki outlet. His successor Mr. Miwa is a dedicated person with 20 years of experience and strong leadership in the Japanese market. I am confident he will support us on our way forward.” 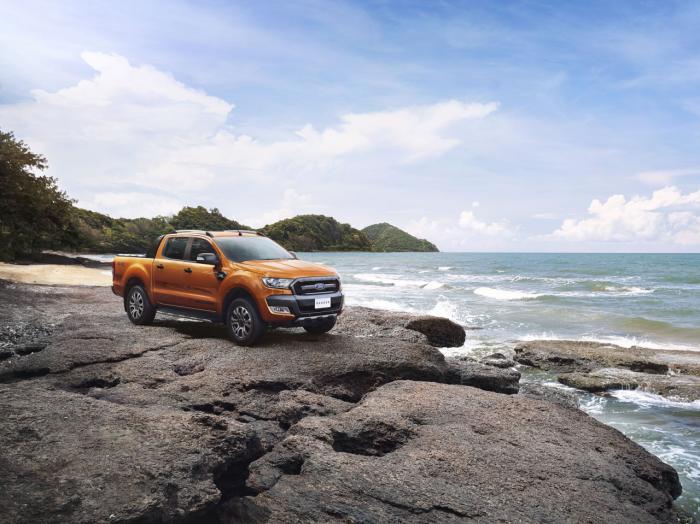 Ford has introduced the new Ranger Wildtrak in Thailand yesterday.

Inside, there is not much difference between the Wildtrak and the standard Ranger, but from what we can see, the former features unique upholstery, shadow chrome air vent surrounds and a soft-touch dashboard with orange accent stitching.  The truck also has the SYNC 2 connectivity system as well as an infotainment system with an 8-inch display. 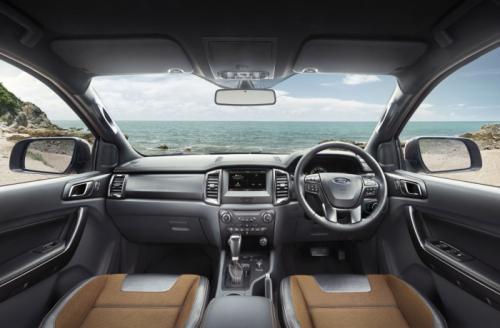 Power is provided by a 3.2-liter Duratorq TDCi five-cylinder diesel engine that produces 200 PS and 470 Nm of torque. It is connected to a six-speed automatic transmission and a four-wheel drive system with an electronic locking rear differential.

Word on the street is that the Wildtrak might arrive on our shores later this year. 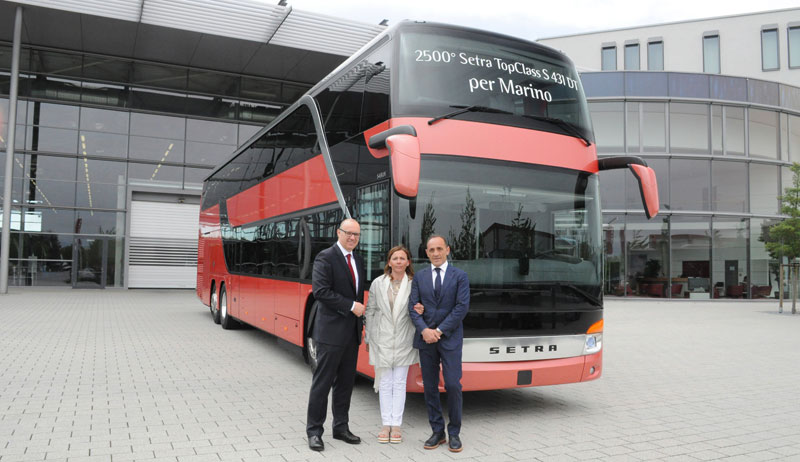 Italian coach operator “Autolinee Marino” has taken delivery of the 2500th Setra double-decker coach to be manufactured in Neu-Ulm.

The S 431 DT is also the 250th vehicle of its type to feature a Euro VI engine. The milestone coach, fitted with 80 “Setra Voyage Plus” seats and two club tables, is part of an order for a total of five S 431 DT models. With the addition of the three-axle vehicle, the Italian operator’s fleet has expanded to include a total of 54 Setra double-deckers. The vehicles are predominantly used for regular service routes between Italy, Luxembourg, Belgium, Switzerland and Germany.

Based in Altamura in the province of Bari, the company employs 250 people and has been operating with Setra coaches, including a large number of double-decker models, since 1982. In total the company owns 110 of the Ulm brand’s vehicles.

Owner and CEO Gerardo Marino sees plenty of reasons for the German-Italian partnership to continue for many years to come: “With their smooth handling, these coaches offer both passengers and drivers a high degree of comfort. And they’re beautiful to look at”.

The S 431 DT, first introduced in 2002, was the flagship of the Setra TopClass 400. This premium model series was superseded in 2014 by the TopClass 500. The 13.89 m-long double-decker coaches, available since 2013 with the Euro VI drive system and the 375 kW (510 hp) OM 471 engine, remain an integral part of the current product range. The Setra TopClass 400 coaches boast over 40 new features not offered by their Euro V predecessors. These include a revised cockpit with a new multifunction steering wheel, two sets of steps as standard and a luggage compartment door that is 23 cm wider.

Thanks to its Setra S 431 DT double-decker coach, Daimler is also a compelling choice when it comes to long-distance regular-service transport. With a market share of some 50 percent, Daimler is the leading player in the German long-distance coach market. Demand has led to rapid growth in the double-decker segment in particular. Here the Setra S 431 DT is the dominant force on the road with a share of over 80 percent.