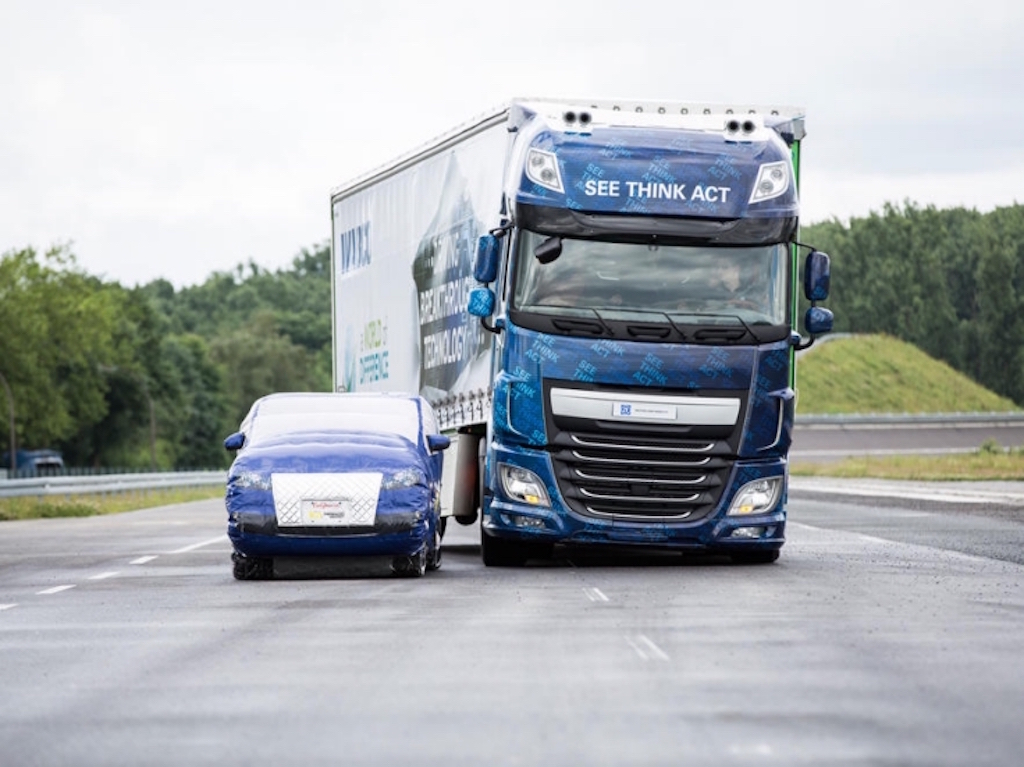 ZF rolled out its Innovation Truck 2016 concept vehicle at the IAA show in Hannover, Germany, to demonstrate its capabilities for developing autonomous-driving technologies. Noting that it is keeping at the forefront its “Vison Zero” goal of attaining accident-free driving, the Germany-based component supplier said it’s “working on enhancing current assist systems for practical use on the road.” 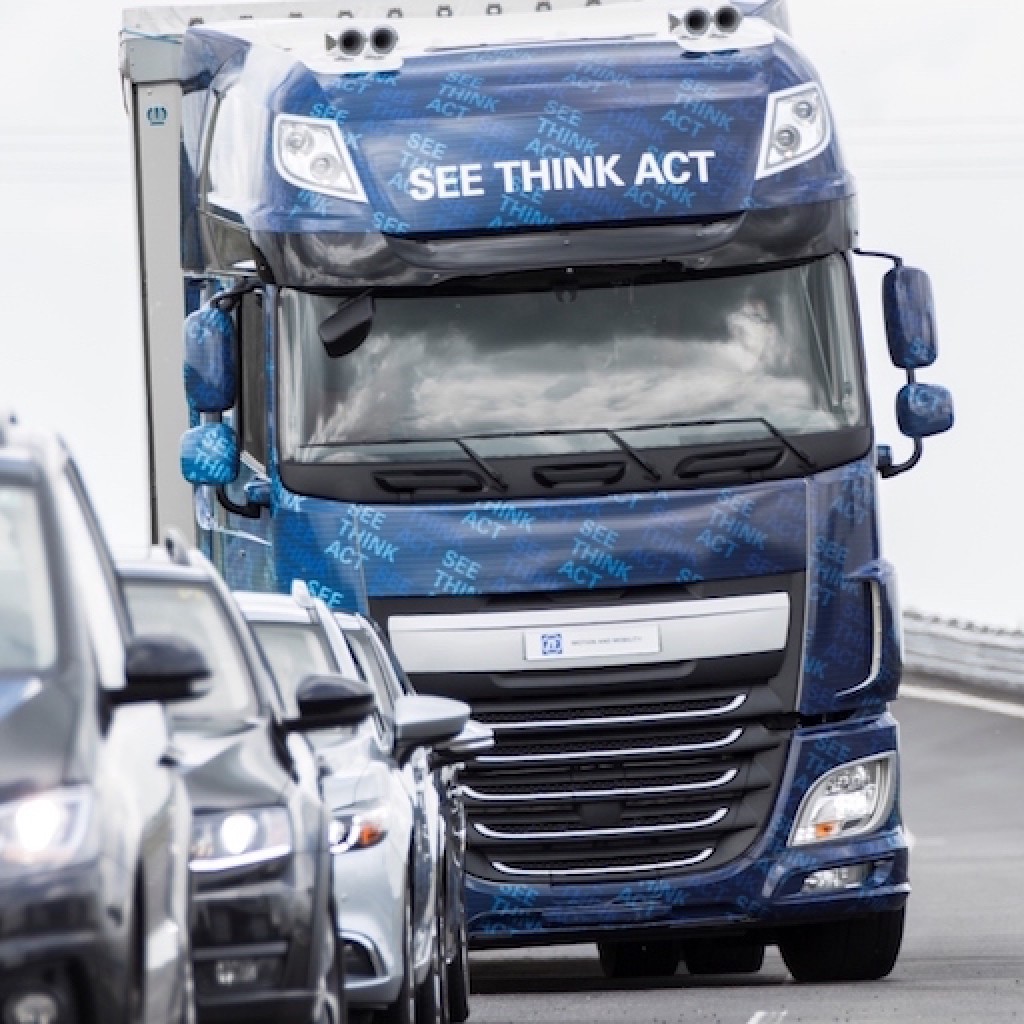 The company said those efforts have led to developing a Highway Driving Assist (HDA) that helps to keep the vehicle in its lane and an Evasive Maneuver Assist (EMA) system that allows a truck to independently evade obstacles and brake. ZF noted that EMA was developed in cooperation with Wabco.

ZF said its Innovation Truck 2016 also “boasts a highly efficient solution with its autonomous maneuvering function,” dubbed SafeRange. “Its intelligently networked systems allow the concept vehicle to autonomously maneuver to the loading bay in a precise and efficient manner, and if needed, with zero local emissions,” the company stated. By applying its expertise in sensor technology, control electronics and mechatronic systems, ZF said it has enabled the Innovation Truck 2016 “to see, think and act” for safer and more efficient driving.

EMA detects whether advanced emergency braking or driver-initiated braking is sufficient to stop the vehicle before hitting an obstacle. If braking alone is insufficient to avoid a rear-end collision, EMA directs the truck with its trailer independently (activated by the steering motion of the driver to the right or left) and safely toward the desired free lane or hard shoulder.

HDA keeps the vehicle in its lane and effectively helps protect drivers from not paying attention, being distracted or being overtaken by a few seconds of microsleep. The system not only warns the driver that the truck is unintentionally moving out of its lane, it also actively and independently keeps the truck in the lane. At the same time, it automatically maintains a safe distance from the vehicles in front at any speed, also including stop-and-go functionality.

The SafeRange autonomous maneuvering function networks the truck to systems in the truck terminal. The truck that’s to be maneuvered only needs a “target” on its trailer for the stationary cameras on the loading bay to detect it. A computer inside the terminal calculates the trajectory and transmits the data via WiFi to the ZF Openmatics telematics system in the truck. Then the vehicle control system takes over, using ZF’s active electric power steering, ReAX, and the TraXon Hybrid automatic transmission to steer the truck to the loading bay electrically and emissions-free. A tablet doubles as an HMI control system that can be used to maneuver the truck from outside the driver’s cab.