Together with Swedish waste management company Renova, Volvo Trucks is currently testing and researching how automated vehicles can contribute to safer, more efficient refuse handling and create a better working environment for drivers. The automated systems being tested are in principle the same as those fitted to the autonomous Volvo truck operating in the Kristineberg Mine in northern Sweden since autumn 2016.

“Driving a heavy commercial vehicle in an urban residential area with narrow streets and vulnerable road users naturally imposes major demands on safety, even when the vehicle’s speed doesn’t exceed a normal walking pace. The refuse truck we are now testing continuously monitors its surroundings and immediately stops if an obstacle suddenly appears on the road. At the same time, the automated system creates better prerequisites for the driver to keep a watchful eye on everything that happens near the truck,” says Carl Johan Almqvist, Traffic & Product Safety Director,Volvo Trucks. 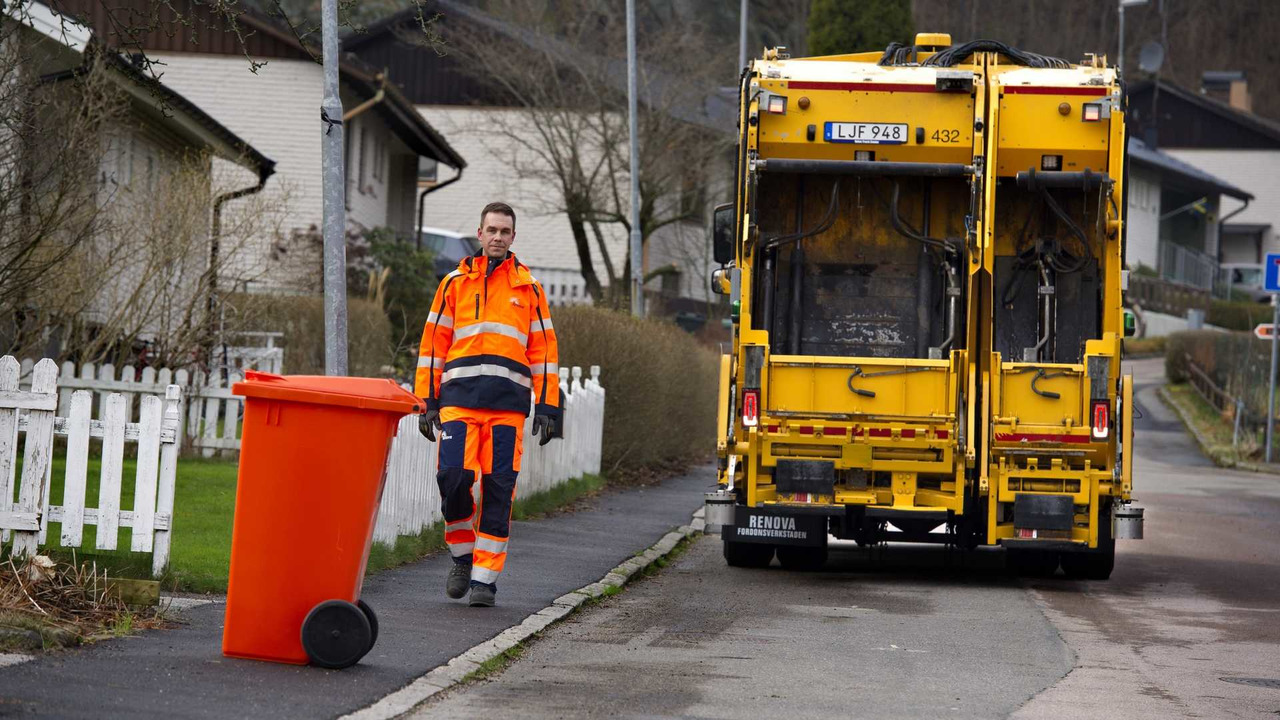 The first time the automated refuse truck is used in a new area, it is driven manually while the on-board system constantly monitors and maps the route with the help of sensors and GPS technology. The next time the truck enters the same area, it knows exactly which route to follow and at which bins it has to stop.

At the first stop with the automated system activated, the driver climbs out of the cab, goes to the rear of the truck, brings out the wheelie-bin and empties it exactly the way the job is done today by operating the relevant controls. When the operation is completed, the truck automatically reverses to the next bin upon receiving the driver’s command. The driver walks the very same route that the truck takes and thus always has full view of what’s happening in the direction of travel. But why reverse instead of driving forward? 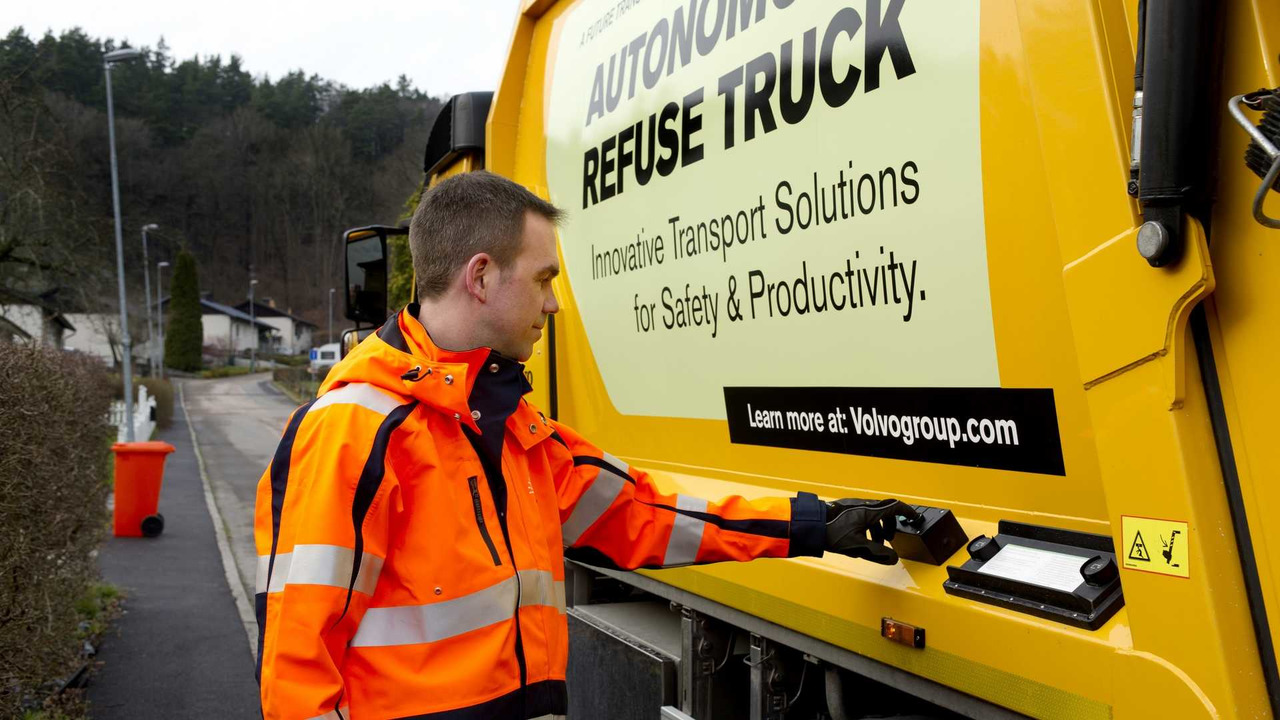 “By reversing the truck, the driver can constantly remain close to the compactor unit instead of having to repeatedly walk between the rear and the cab every time the truck is on the move. And since the driver doesn’t have to climb in and out of the cab at every start and stop, there’s less risk of work related injuries such as strain on the knees and other joints,” says Hans Zachrisson, Strategic Development Manager at Renova. 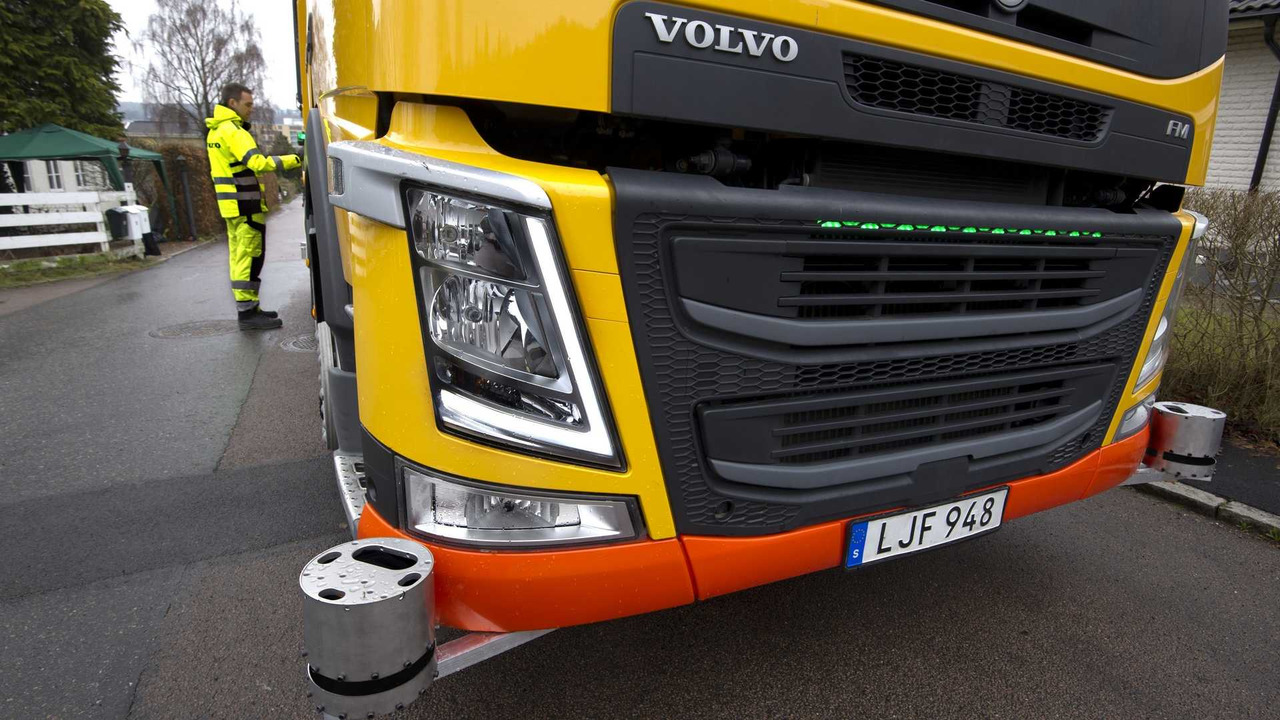 Reversing is otherwise a fairly risky manoeuvre since the driver may find it difficult to see who or what is moving behind the vehicle, even if it is fitted with a camera. In certain areas it is not allowed to reverse with a heavy commercial vehicle for safety reasons, in others it is a requirement that a co-driver must stand behind the truck to ensure that the road is clear before the vehicle is allowed to reverse. The solution being tested is designed to eliminate these issues. Since sensors monitor the area all around the refuse truck, driving is equally safe no matter the direction in which the vehicle is moving. And if for instance the street is blocked by a parked car, the refuse truck can automatically drive around the obstruction provided there is sufficient space alongside. 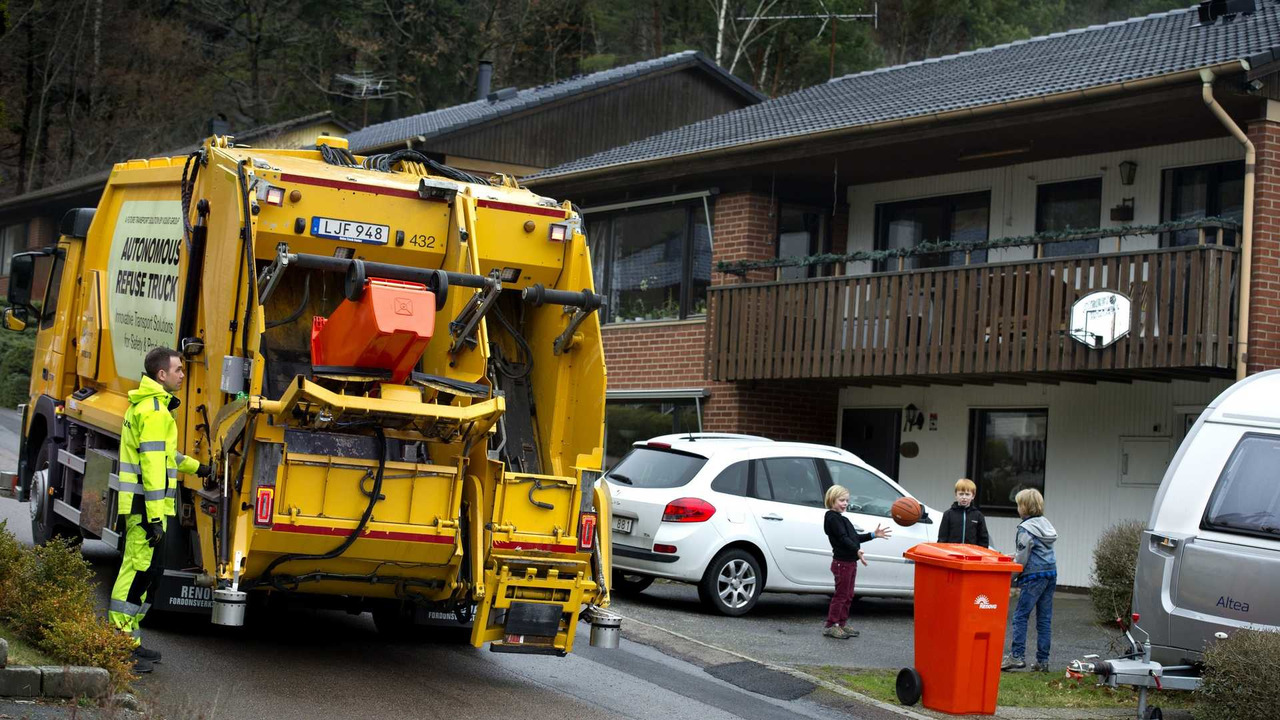 Since the automated systems optimise gear changes, steering and speed, fuel consumption and emissions can also be reduced.

Although the technical scope already exists, a lot of research, testing and development remains before self-driving refuse trucks can become a reality. The current joint project will continue until the end of 2017 and will be followed by an extremely thorough evaluation of functionality, safety and, not least, how well this type of vehicle is accepted by drivers, other road users and local residents. Vehicles with varying degrees of automation will probably be introduced earlier in other applications, where transport assignments take place within strictly confined areas such as mines and cargo terminals.

Facts about the project and the vehicle

– Equipment – GPS and lidar-based system for mapping, positioning and scanning of the area around the vehicle.

– Automatic stop if an obstacle on the road suddenly appears.