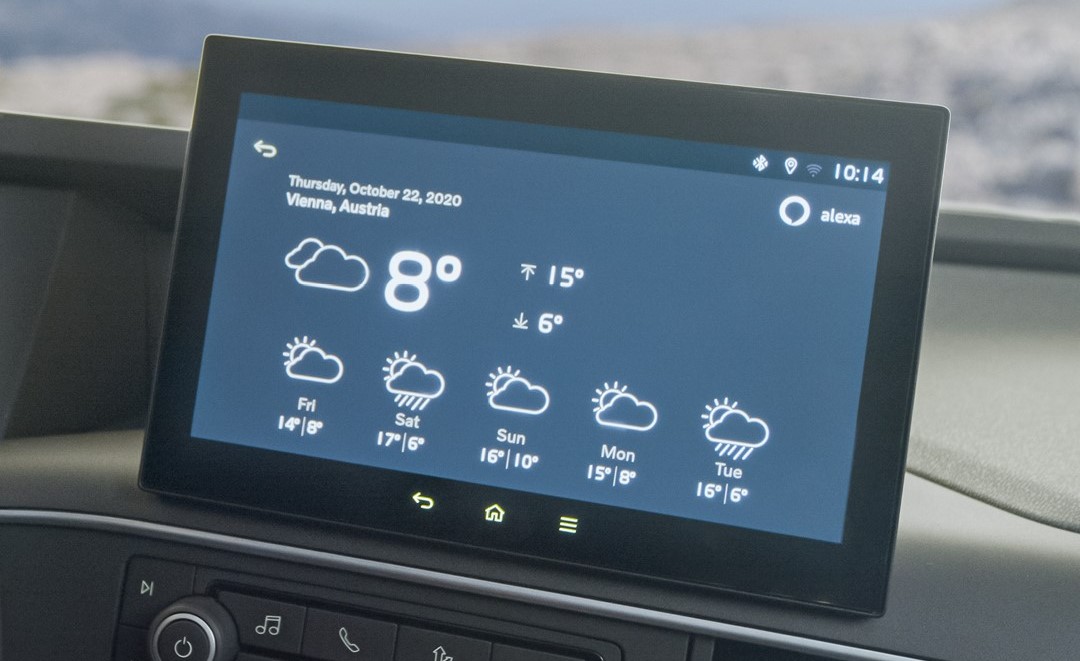 The new Volvo FH, Volvo FH16, Volvo FM and Volvo FMX will be the first commercial heavy-duty trucks to come with Alexa built-in. The trucks with Alexa will be available from March 2021 in Austria, France, Germany, Ireland, Italy, Spain and the United Kingdom.

In September 2020, Volvo Trucks started sales of four new trucks that had been developed with a strong focus on the driver environment, safety and productivity. The trucks have a new, flexible user interface with a digital instrument panel that gives the driver relevant information in each situation and makes it easier for drivers to take the right decisions.

“We have developed Volvo characteristics, including ergonomics, comfort and safety, and combined them with innovative technology, such as Alexa, to create an even more attractive and productive driver environment,” says Samuel Nerdal, Product Manager for electronics and electrical solutions at Volvo Trucks.

With Alexa drivers can keep their hands on the steering wheel and their eyes on the road. If the new truck is equipped with the navigation software that is available from Volvo Trucks, then the driver can ask Alexa which route to take. In addition, Alexa can help the driver make phone calls to customers and family members, play music and access the news and audiobooks.

“Volvo Trucks understands that voice technology is essential to create the optimal experience for drivers of their heavy-duty trucks and we’re excited that Alexa is the chosen voice service to deliver this,” said Ned Curic, Vice President, Alexa Automotive. “Alexa can be a helpful friend on the road for Volvo truck drivers, keeping them connected, entertained and productive.”

What is Amazon Alexa?

Alexa can also control several smart devices using itself as a home automation system. Users are able to extend the Alexa capabilities by installing “skills” (additional functionality developed by third-party vendors, in other settings more commonly called apps) such as weather programs and audio features.

Most devices with Alexa allow users to activate the device using a wake-word (such as Alexa or Amazon); other devices require the user to push a button to activate Alexa’s listening mode, although, some phones also allow a user to say a command, such as “Alexa” or “Alexa wake”.

Currently, interaction and communication with Alexa are available only in English, German, French, Italian, Spanish, Portuguese, Japanese, and Hindi.In Canada, Alexa is available in English and French.

As of November 2018, Amazon had more than 10,000 employees working on Alexa and related products. In January 2019, Amazon’s devices team announced that they had sold over 100 million Alexa-enabled devices.

In September 2019, Amazon launched many new devices achieving many records while competing with the world’s smart home industry. The new Echo Studio became the first smart speaker with 360 sound and Dolby sound.