Volvo pedestrian and cyclist detection system for bus and trucks

The system continuously monitors the bus’s vicinity and a sound to warn other road-users when they get too near the bus. The driver is also alerted via sound and light signals inside the vehicle and if there is an imminent risk of an incident, the bus’s horn is activated.

The system consists of a camera, image-processing system and algorithms for detection of pedestrians and cyclists and will be included on Volvo’s European city bus fleet in 2017.

Peter Danielsson, Director of Vehicle Features and Safety at Volvo Buses said, “Accidents involving buses and unprotected road-users seldom occur, but when they do the consequences can be very serious. In order to minimise the risks, it is important that drivers and anyone moving around near buses – such as at bus stops and pedestrian crossings – pays close attention to the traffic. In this context the Pedestrian and Cyclist Detection System offers excellent support.”

“Several of the components in our system are based on the same tried and tested technology found in many cars. But we are the only vehicle manufacturer to offer a solution that simultaneously notifies both driver and unprotected road-user,” he added.

The company said that as the proportion of electrified vehicles in urban traffic continues to grow, exhaust fumes and noise disappear, but the need to eliminate any risks of road users not hearing vehicles approaching is increased.

“The bus can be heard – but without being disruptive. We’ve solved this problem by developing a synthetic background sound with a frequency range that is not perceived as disruptive. For instance, it does not penetrate windows with triple glazing, unlike the low-frequency noise made by a diesel engine,” said Danielsson. 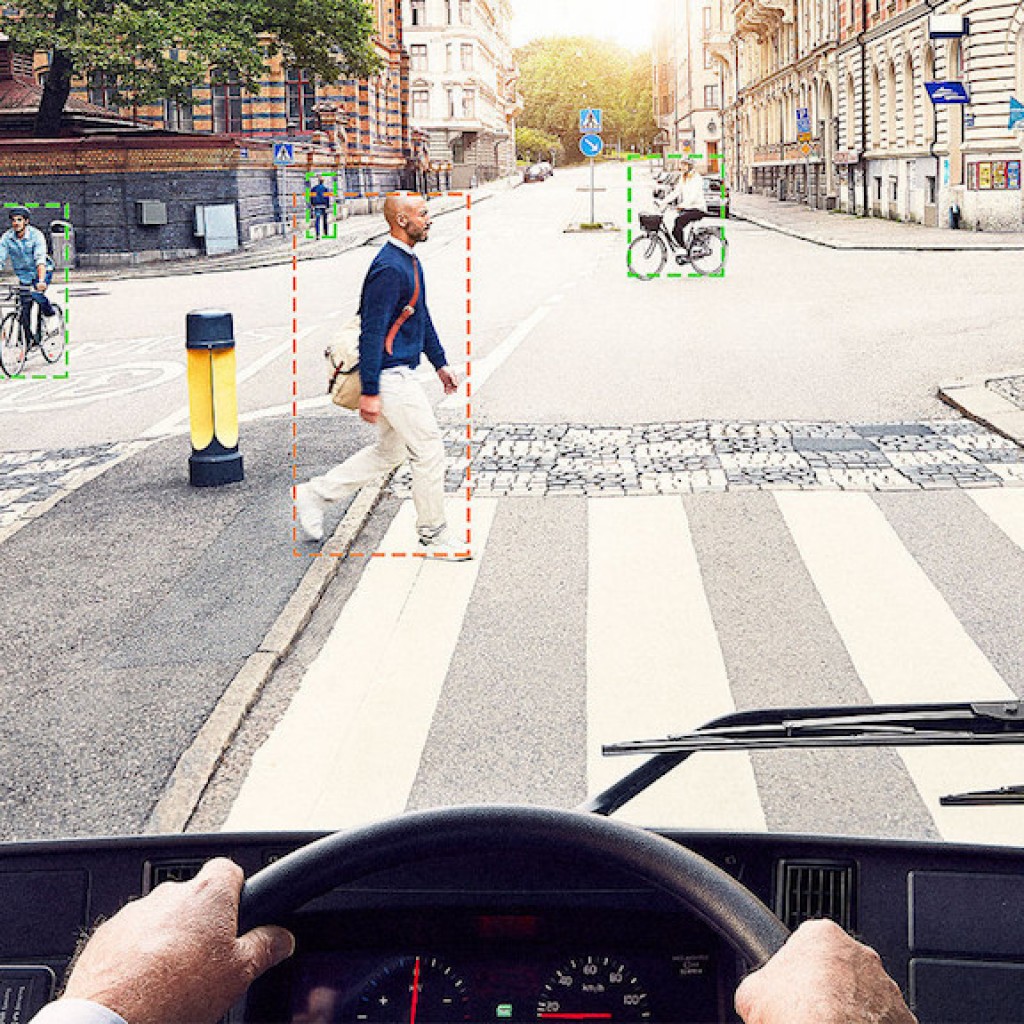 Volvo will begin field tests of the technology on Gothenburg’s Route 55 in Sweden this autumn, with an aim to get the system into production before the end of the decade.

Back Popular in Brazil, VW Constellation
Next BUMA Indonesia Invests in 266 Scania Trucks