Volkswagen Cars to Get New 1.0 and 1.5 TSI evo engines 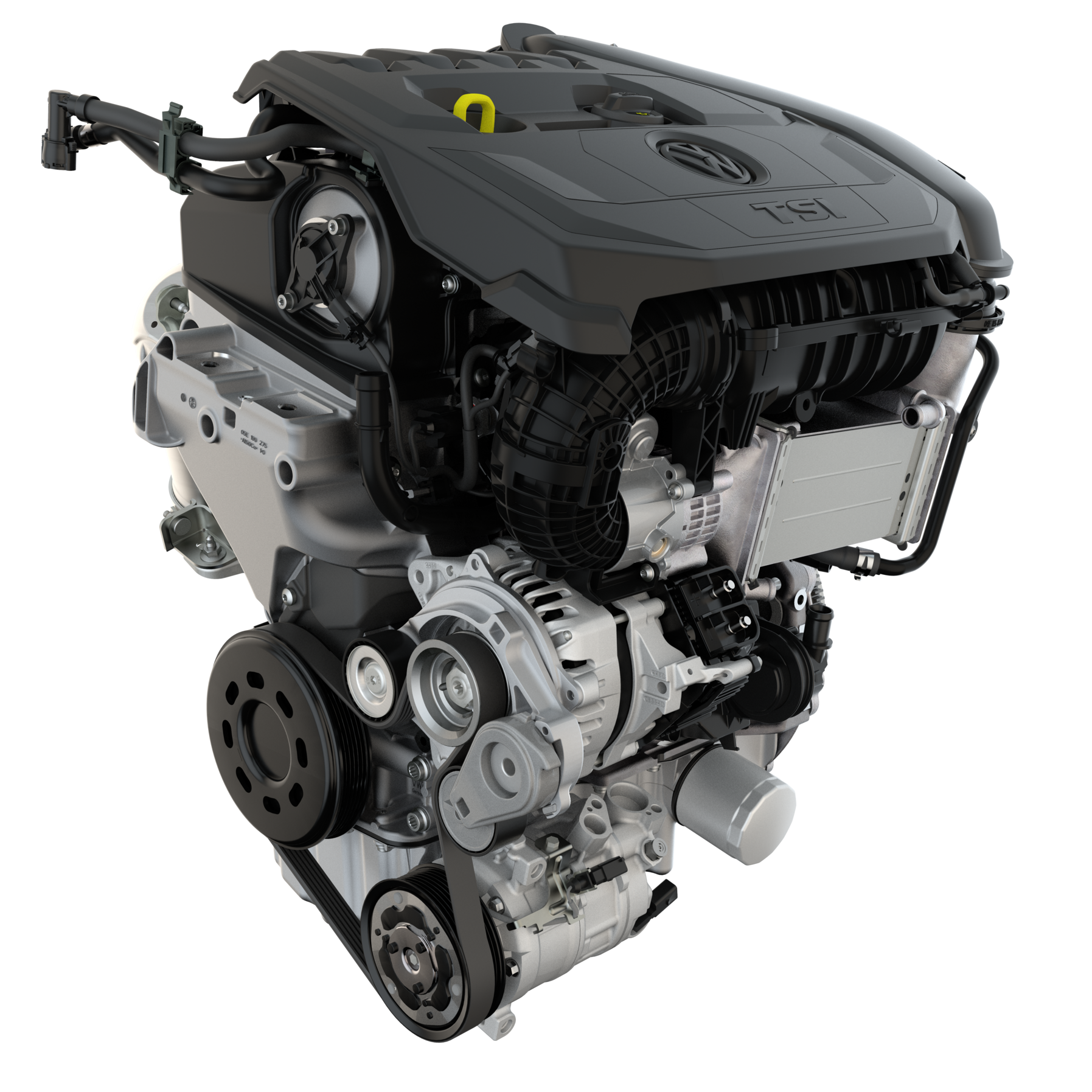 Volkswagen today announced the addition of the new ‘TSI evo’ engines with a capacity of 1.0 and 1.5 litres, available for almost all product lines from the up! GTI, Passat, T-Cross, and the Tiguan.

There will also be a 1.0 e-TSI engine available with a mild hybrid system, generating 110 PS and 200 Nm of torque.

The improvements were integrated into the 1.0-litre three-cylinder engine in 2019. Both power units have had the designation EA 211 TSI evo since the technology updates.

In the Polo and the Golf, the three and four-cylinder units are also designed for operation with natural gas as TGI engines. Within the Golf family, both engines operate together with a 48-volt mild hybrid system.

Depending on the number of cylinders and their power class, the compact TSI evo engines integrate different technological components.

The four-cylinder engine with 130 PS and the three-cylinder variant use a combustion process based on the so-called Miller cycle. This reduces consumption in the part load range in particular, that is to say when operated in realistic customer conditions.

Active Cylinder Management (ACT) is a further highlight to reduce fuel consumption of the 1.5 TSI. The system shuts down the second and third cylinders at low to medium loads and engine speeds by deactivating injection, ignition and the valve gear.

The aluminium crankcase makes TSI evo engines very lightweight – the three-cylinder variant weighs just 88 kilograms. Both the three-cylinder and the four-cylinder engines with an output of 110 kW (150 PS) benefit from sophisticated manufacturing technology to reduce friction in the crankshaft group: the cylinder walls consist of a 100-micrometre thick iron coating that is applied by plasma spraying.

A map-controlled cooling module guarantees efficient thermal management in the 1.5 TSI and 1.0 TSI. An important component here is the exhaust manifold, which is integrated in the cylinder head: this contributes to the engine heating up quickly so that exhaust gas treatment starts early on.