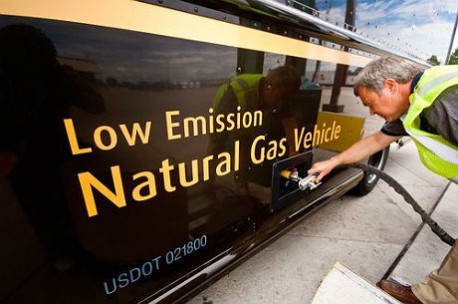 “Even though UPS has used LNG tractors in package operations for more than a decade, it’s still a relatively new fuel for trucking,” said Willie Rivero, UPS Freight Vice President, Fleet. “By adding these tractors to the UPS Freight fleet, we are aligning ourselves with the enterprise’s commitment to use natural gas as a reliable alternative to traditional fuel.”

The new tractors replace older generation diesel-engine power units and will be used on designated routes in UPS Freight’s less-than-truckload (LTL) operations. They are expected to reduce tailpipe emissions and average 600 miles to the tank.